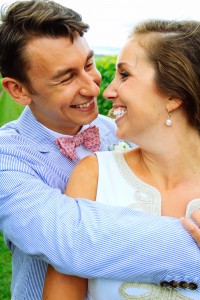 Matt Keeling is moving on! The Florence, Nova Scotia native has swallowed the anchor just recently retiring from the RCN. He and his wife, Heather who grew up in Saco, Maine have decided moving to the USA is in their best short and long term interest.

Anyone who has been involved with Canadian immigration in recent years can certainly attest to why the United States option is the best one for a young married couple.

Matt and Heather met in Halifax while she was studying dentistry; he a RCN officer.  They married August 9th, 2014 in Gran Pré, NS. She is now is fully qualified dentist and plans on opening her own practise likely in southern Maine or New Hampshire .

While a cadet at the college, Matt was heavily involved with the band. He moved up through the various bar positions within the Brass and Reed and eventually the Combined Military Band.

While in the Navy the Psychology Major with a Minor in History graduate has been involved in some exciting adventures. . “I became a submarine officer in 2010 sailing aboard HMCS Corner Brook as a trainee, aboard HMCS Victoria as the Sonar Officer and Navigating Officer and aboard HMCS Windsor as the Combat Officer.”

He mentioned that his highlight was sailing aboard HMCS Victoria during RIMPAC 2012. “ …part of the team that executed a first-of-class torpedo firing during SINKEX12.” He added. “It was an incredible feeling having the opportunity to take part in such a historic moment for the Canadian Submarine Force, especially since this SINKEX was 14 years in the making.”

Now that he will have a more defined schedule Matt plan to spend time volunteering and helping out in their new location – once Heather and he are settled. He is about 2-3 months away from a green card, which will entitle him to seek full-time employment.

“I hope to use my planning abilities, management and leadership skills that I developed as a naval officer to find employment in business. In the future, I hope to assist Heather by managing the business aspects of her dental practice.”

Matt would love to touch base or hear from any “buds” who are currently residing in the New England area. He can be reached: