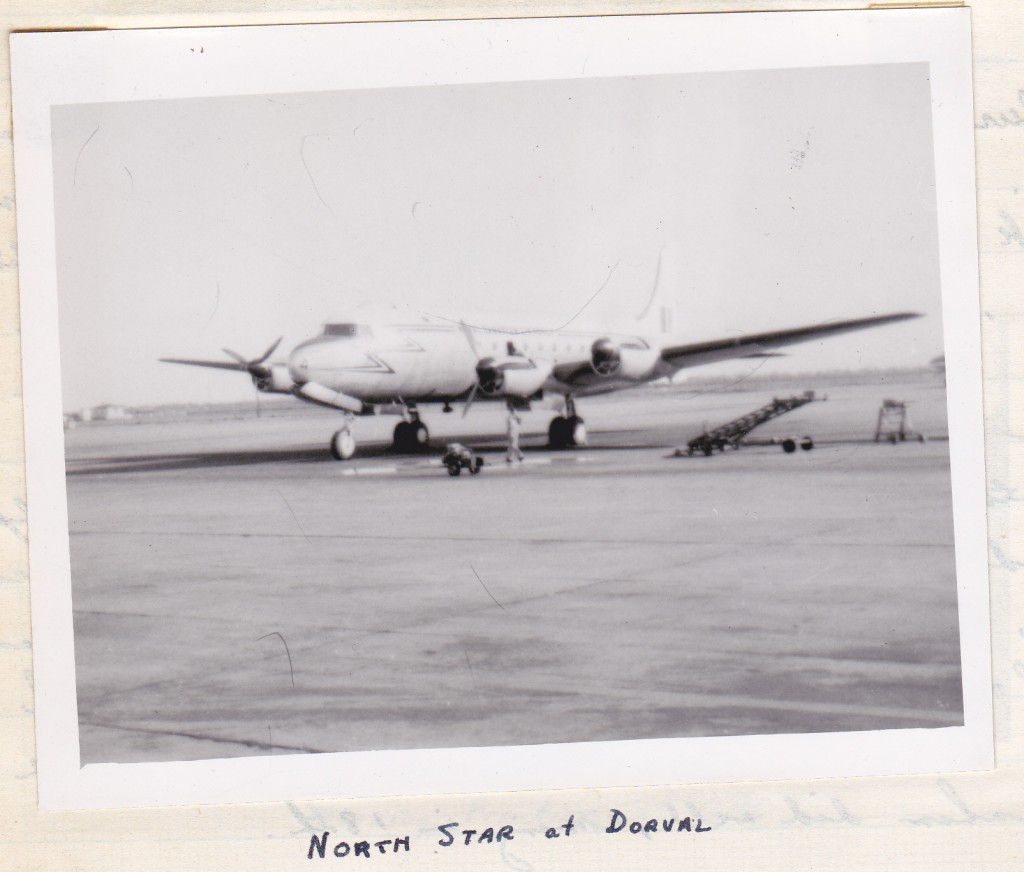 Up early and had a delicious breakfast – there is no doubt in my mind now that the air force has the best messes. Then Wing Commander Stewart arranged for us to go up in the North Star and fly around Montreal which we did for about an hour. Steak dinner and off to MacDonald College – beautiful football weather- we rolled all over Mac, 48-8. Had dinner and came right back in Daks to Trenton, got back to the college at 2330. Moon Hall came in to see me – he started drinking this morning when he and Tuckwell (the guy’s supposed to be my double) killed a mickey of brandy. Then as Moons says: “Somebody knocked me unconscious”. And he’s been at it ever since and I’ve been in fits listening to him.

We are excused church parade today so I got up later than usual and was wandering down the hall when I was compressed into the tug of war team. We won our first long pull but lost the next two which were on higher ground. The field day was a good one. Our squadron came second and would have come first if Barry Hercus hadn’t been disqualified because he was on C.B. The soccer team lost to Varsity here on Friday 2-0. 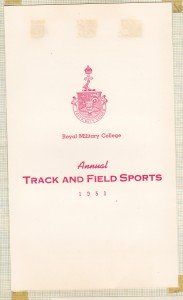 Had a mess dinner tonight and an address afterwards by Lt. Governor of Quebec, Gaspereau, who used to be Speaker of the House of Commons. He was good but very hard to hear so it wasn’t too enjoyable from that standpoint. I sat beside Bill Birmingham for dinner and he kept me in stitches for the whole meal. Once again we went through the farce of drinking the Kings health in water.

Right after classes we turned out to give blood to the Red Cross – donors were still coming in at suppertime but the nurses decided to call it a day and go home. After I gave them my little pint-full, I dashed out and went over to Richardson Stadium where we had a scrimmage with Queen’s. It has been pouring rain all day and the field was all mud – our boys didn’t do too badly I thought and we had no injuries except for Red Osler cutting his lip. Big Charters tried roughing Birdie but Joe Pagnutti saw to it that Charters didn’t pull anymore dirty stuff.

The track team went over and competed against Queen’s intermediates and won. John MacLachlan was disgusted because he threw the shot about 2 inches less than his normal throw and was beaten by 9 inches. I mean he “threw” the shot, he didn’t “put” the shot. Pete Hendrie and I sailed today, we deliberated while running free and nearly capsized. 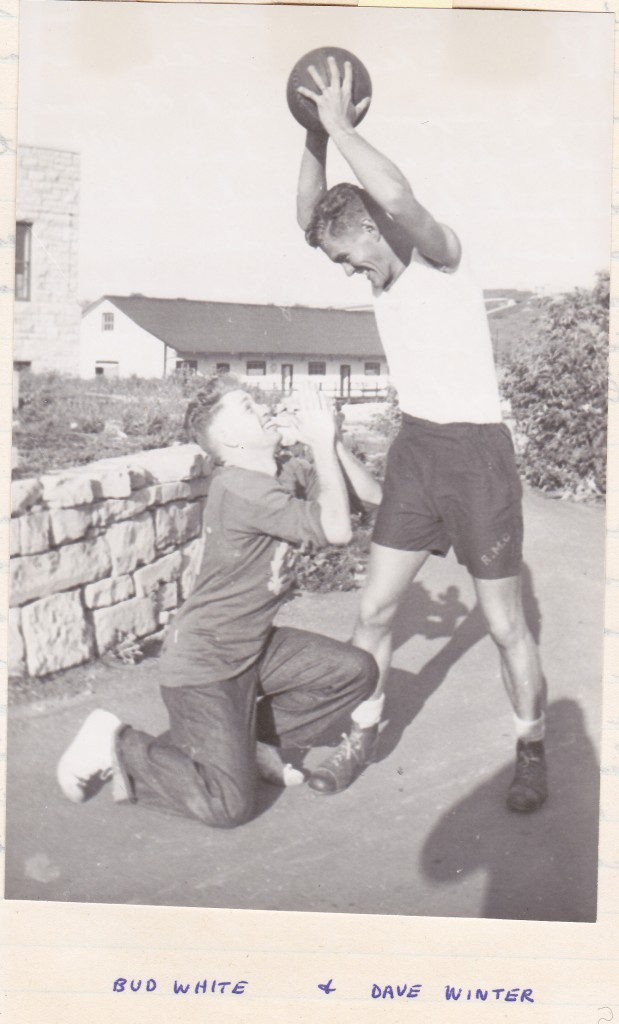