A Leadership Perspective on interfacing with Corps Level Headquarters

Over a 22 ½ year Army commissioned officer career (overall Army engagement was 27 ¼ years on the Army rolls and 18 years as an Army dependent) five US army corps were experienced providing a basis for observations on leadership perspectives/aspects.  In one case the experience was only serving with the corps in one of its divisions and experiencing its policies as a member of a corps maneuver unit with exception of six months of that period operating as a mechanized platoon leader under the operational control of a tank company under Project MASSTER (U.S. Army Project Mobile Army Sensor Systems Test, Evaluation and Review) than a III Corps activity.  The other four corps involved interfaces while on division or separate brigade staffs of maneuver divisions and a separate mechanized infantry brigade assigned to the corps or as a member of the Department of the Army staff. 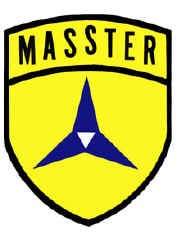 The first corps experience was III Corps at Ft. Hood, Texas as a lieutenant assigned to a divisional tank brigade of initially the 1st Armored Division then the 1st Cavalry Division.  The second was I Corps in the Republic of Korea (ROK) while on 2nd Infantry Division staff as an aide-de-camp. During this period interfaces with an aligned ROK army corps also occurred to include a session in the corps’ command center deep under a Korean mountain.

The third was an interface with XVIII Airborne Corps as a separate brigade liaison officer on a corps tactical operations center field exercise at Ft. Bragg, North Carolina.

Fourth were a significant number of meetings and conference with the VII Corps staff in Stuttgart, Germany while serving as Assistant G-3 1st Armored Division in Ansbach.

Fifth was interface with V Corps in Germany to brief the commander, Lieutenant General John Woodmansee, regarding the first year report of the Department of the Army Armored Family of Vehicles Task Force (AFVTF) report.  The briefing was also separately made to VII Corps commander then Brigadier General John Tilleli taking the briefing.

Sixth was again interfacing with XVIII Airborne Corps while a member of the AFVTF regarding a jointly Army/Marine developed demonstration of a low recoil 105mm gun system firing off of a Light Armored Vehicle (LAV) for the corps commander, then Lieutenant General John Foss at Camp Lejeune, North Carolina.  The intent was to prove or disprove the principle that a gun of 105mm could be fired from the LAV chassis.

Again, from these interfaces some leadership perspective/aspects of the corps function were noted.  Though three of these corps were forward deployed overseas and a fourth was conducting contingency mission related exercises, no corps were engaged in active combat operations.  That is the sense of the leadership operating and is noted as such here.

III Corps – As a member of a mechanized then cavalry battalion of III Corps, policies set by the corps commander were communicated by the chain of command through various devices and adhered to.  This was a fairly pro forma experience and the corps commander was a somewhat removed being to the rank and file who had a more personal sense of their more immediate leaders, i.e., platoon sergeants and platoon leaders, company first sergeants and commanders.

However, one particular aspect of the corps commander’s leadership was dramatic and effective…and was felt personally by the rank and file.  It was an early display of his style of leadership that resonated to the most junior soldier.

Prior to change of command the prospective corps commander and his wife quietly canvassed the quality of customer service throughout Ft. Hood’s community infrastructure to include all family services and non-approved fund activities.  This also included the club system where some questionable entertainment was occurring.  On assumption of command, the new senior corps leader acted promptly to address issues noted, in almost every case benefitting the troops.

The general’s leadership conduct in this case made a deep impression.

I Corps – Interfaces with I Corps senior leadership from 2nd Infantry Division staff were noteworthy in two ways.

First, the corps leadership tended to allow the division’s leadership maximum freedom in developing the division’s readiness and capability against go to war plans to include interfacing with aligned ROK formations, and sustaining troop leadership and community relations with the local Korean community civil leadership.

Second, the corps’ senior leadership was quick and active to support the division’s leadership in any mission oriented initiative.  The commitment of corps leaders to provide this unstinting support was a huge asset to the effectiveness of the subordinate division senior leadership.  This style of very senior organizational leadership deeply impressed the author.

XVIII Airborne Corps – Two brief experiences with the Corps, one as a separate mechanized infantry brigade liaison officer on a tactical operations center (TOC) field exercise of a week at Ft. Bragg and a decade later as a Department of the Army staff officer coordinating and conducting over several weeks a proof of principle demonstration of a gun system at Camp Lejeune, North Carolina requested by the corps commander did illustrate some noteworthy leadership aspects.

The TOC exercise indicated the importance of flexible but supportive leadership from a senior headquarters like a corps with all subordinate elements.  The TOC exercise proved a very dynamic and adjusting situation literally by the hour.  Senior leadership despite the challenges remained engaged and connected to subordinate commands optimizing information flow despite the dynamics…and the senior leadership retained equanimity no matter how difficult situations became.

Regarding the 105mm gun proof of principle, this was a commander initiative to address a looming loss of critical organic airborne assault capability, the rapidly diminishing inventory of M551 Sheridans. The commander requested activity was jointly organized between the Army’s Department of the Army Armored Family of Vehicles Task Force and the Marine Corps, the specifics of the resulting proof of principle demonstration being supported by Watervliet Arsenal and the Marine Corps LAV (Light Armored Vehicle) Battalion at Camp Lejeune.  The demonstration was successful though it did not lead to an Army system for a number of years.

But importantly, the initiative indicated what a corps commander as a leader could do in an area of great need with no solutions forthcoming from anywhere else.  As a leader the commander took noteworthy initiative regardless of the degree of some prevailing resistance by other senior leaders in the Army.  This aspect of leadership suggested itself as a very appropriate leader application to the author.

VII Corps – Interfaces with this corps headquarters were concerned with coordination and issues associated with 1st Armored Divisions training development and training resource support, i.e., capital project funding support for training resource projects and other resource support.  The division was modernizing and much of the division’s training management area (TMA) required renovation and upgrade, in some cases a completely new capability such as an interactive simulation capability in form of an ICOFT (Institutional Conduct of Fire Trainer) for a battalion.  The corps G-3 was part of a funding resource allocation determination/decision process for allocation to subordinate commands.  Fiscal resources being allocated by Department of the Army through U.S. Army Europe.  Some resources were specifically earmarked based on modernization schedules of battalions in the commands to receive M1 Abrams Tanks or M2 Bradley Infantry Fighting Vehicles to name several key systems and programs in motion.  In most cases the corps staff served as a coordinator and facilitator for work being done by the subordinate commands, the corps commander clarifying or adding direction to the priorities for use of allocated resources.

The corps’ primary mission focus at the time was the General Defense Position (GDP) mission. The corps responded to and supported this U.S. Army Europe (USAREUR) and 7th U.S. Army mission that aligned with the allied combined North Atlantic Treaty Organization (NATO) larger Western Europe Defense Plan and commander’s priorities to include such operations as REFORGER (Return of Forces to Europe) and Able Archer exercise and the enhancement of German/American relations.

In my personal engagement with corps staff and their reflection of the commander, leadership was balanced between effective leadership guidance and applied support to commands executing the guidance.  The corps did not get in the way and typically was a resource for assistance when needed as the subordinate command pursued mission objectives.

Leadership was effective and not an impediment.

My last interface with the Corps was in 1987 to brief the commander on the Department of the Army’s Armored Family of Vehicles Task Force First Year Report.  Deputy Commander Brigadier General John Tilleli took the briefing for the commander who was deployed.  He made himself available and was gracious in receiving the briefing and the exchange was what was hoped for given the intended purpose.  Corps leadership as had been my previous experience was responsive, engaged, and effective in its role at corps level.

Note: Brigadier General Tilleli had been the briefer’s chief-of-staff in the 1st Armored Division, the briefer having been an assistant division G-3.

V Corps – The V Corps interface was to brief Lieutenant General Woodmansee, Corps Commander, and his staff on the Department of the Army’s Armored Family of Vehicles Task Force First Year Report as had occurred with VII Corps.  As briefer I was courteously received at the Corps command post, an underground bunker and the staff received the briefing with appropriate questions and answers.  There was no grandstanding, simply straightforward professional interest and dialogue.  The G-3 coincidentally was the briefer’s previous brigade commander when a mechanized battalion executive officer.

The V Corps commander and staff presented as a mature seasoned body of leaders.

Over a period of 17 years five US army corps were experienced. These interfaces with commanders and staffs indicated a favorable and effective leadership aspect from this level of command.  The interfaces were restricted to certain areas of function mostly in plans, operations and training functions, nevertheless the Corps proved useful in their role and leadership provided.  There were some anomalies but not sufficient to mention here.  The system that selected and positioned leaders to these staffs was functioning well at the time.  Leadership displayed was sound.

One critical leadership take away was the difference in perspective of the leader function at this level.  Executive leadership at the corps level did not insinuate itself into the specifics of division and lower leadership function.  Only by exception did corps leadership reach into formation level leadership activity.