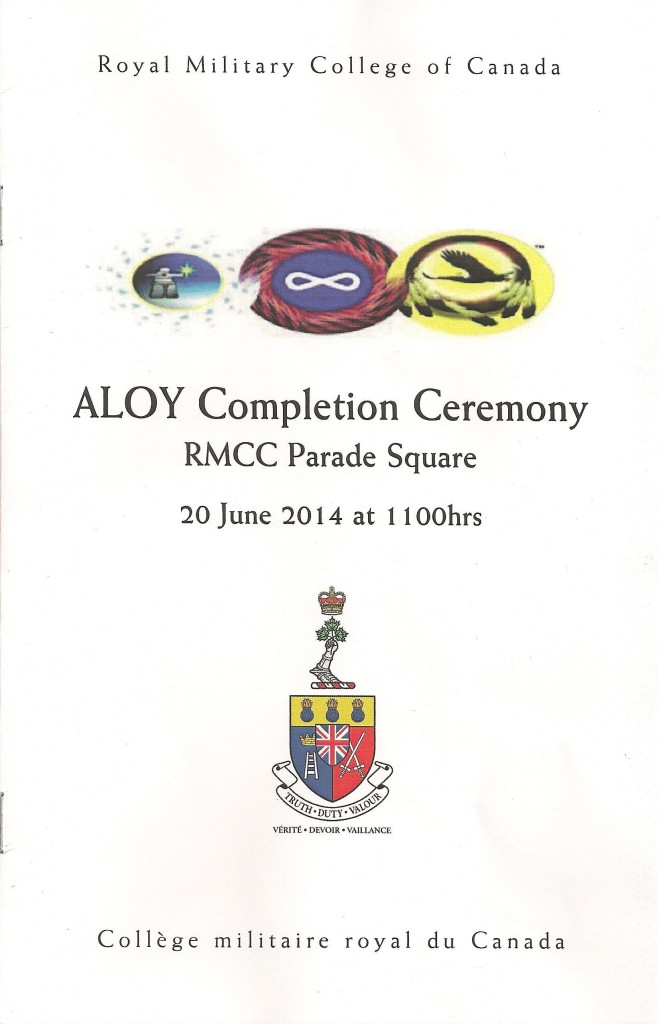 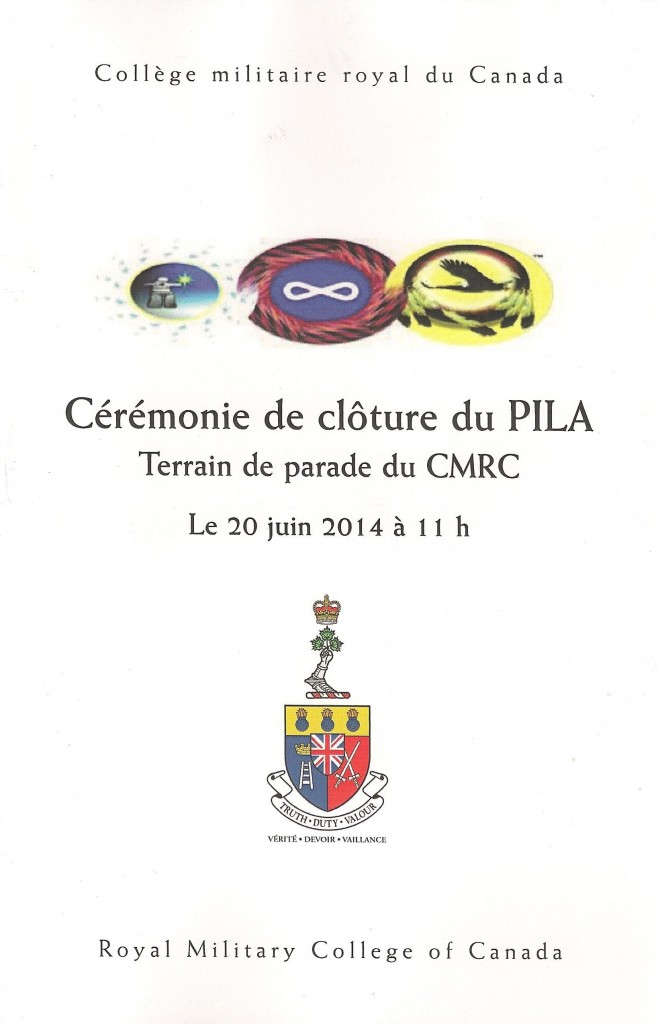 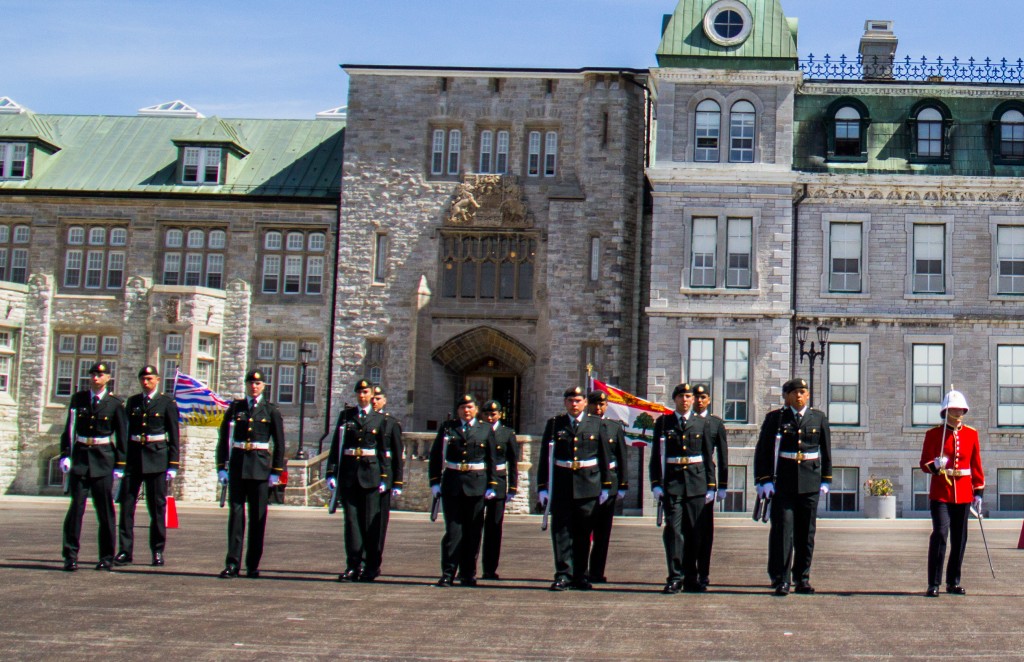 This past Friday, 20 June under ideal weather conditions the Aboriginal Leadership Opportunity Year (ALOY) held an impressive military parade. Family and friends from all across Canada were joined by college staff (military & civilian) along with ROTP cadets who are still at the college going through various forms of summer training. 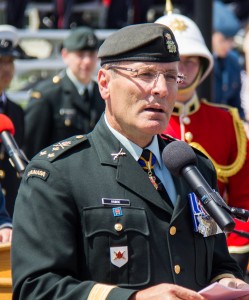 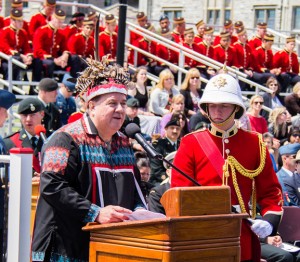 The ALOY program was created in 2008 to provide a military education and learning experience for members of aboriginal communities in Canada.

This program strives to provide aboriginal cadets with the opportunity to excel in the four cornerstones that are the core of life at RMCC – Leadership, Academics, Military Training and Athletics. 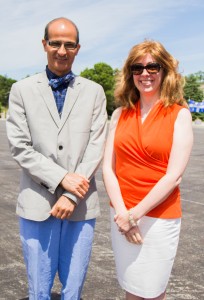 As previously mentioned college staffs were highly visible in the crowd; including two individuals who I had the opportunity to sit near in one section. Dr Heather Evans, winner of the Class of 1965 Teaching Excellence Award for the 209-10 academic year who now teaches an English course to the ALOY officer – cadets. The other was the highly popular (among cadets of all stripes) Kommy Farahani who is a senior lecturer in the Chem. & Chem.Eng. Department. Kommy teaches the ALOY students College level chemistry in the Fall term as their only core science course.

Both were bubbling with pride and enthusiasm on the tremendous academic accomplishments made by the students on this parade.

In the words of BGen Meinzinzer, “ALOY is a success story as ten of those completing the program will join the CAF; four are enrolling into ROTP, four into the RegF as NCMs, and two are in the process of enrolling into the ResF as NCMs. I am very proud of the efforts of all the staff involved with delivering the ALOY program.”