“For all their fearlessness, cyclists are a delicate breed. At the peak of form they effuse an aura of invincibility, suggesting no bicycle rider ever pedaled as fast.”

There was certainly an aura of invincibility present in the New Gym from around 1815 on Friday March 4th until 1900 the next day, as cyclists and the televisions entertaining them worked around the clock in the third annual RMC Bikeathon for Soldier On.

The festivities started with the CSL race, a half hour sprint by Cadet Squadron Leaders to give their squadrons a head start. 3 Sqn CSL OCdt Roy-Richard led the pack, biking a total of 21.49 km in just thirty minutes. Fifteen minutes later, squadron stations were set up with flags, couches, movies and Super Nintendos, and 24 hours of hurt began.

Nobody can give a testament to the amount of hurt involved as much as OCdt Joel Morris, the winner of the solo distance total. Morris biked the full 24 hours, as did a handful of other brave cadets (many of whom were from the Women’s Rugby Team). Once it was all said and done, Morris had biked 672 km, which was as much as several squadrons were able to cover when taking 20 minute sprint-shifts over the day.

Morris contributed to his squadron’s victory in overall distance, as 2 Sqn covered an impressive 1567.09 km. 2 Sqn also raised the most funds for Soldier On, $880.40.

The Bikeathon was given significant support by the local media, as both CKWS and The Whig Standard covered the event. The report on CKWS can be seen on http://www.ckwstv.com/index.cfm?page=news&id=4291. 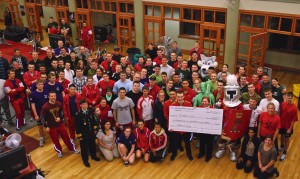 Once the smoke cleared, awards were presented to the winners from this year’s sponsors: J&J Cycle, Smoke’s Poutine and the Toucan. Following the awards presentation was the presentation of the cheque to Soldier On representative Sandra Holloway.

Congratulations to the cadets and mil staff of RMC for raising a total of $6293.80 for Soldier On. 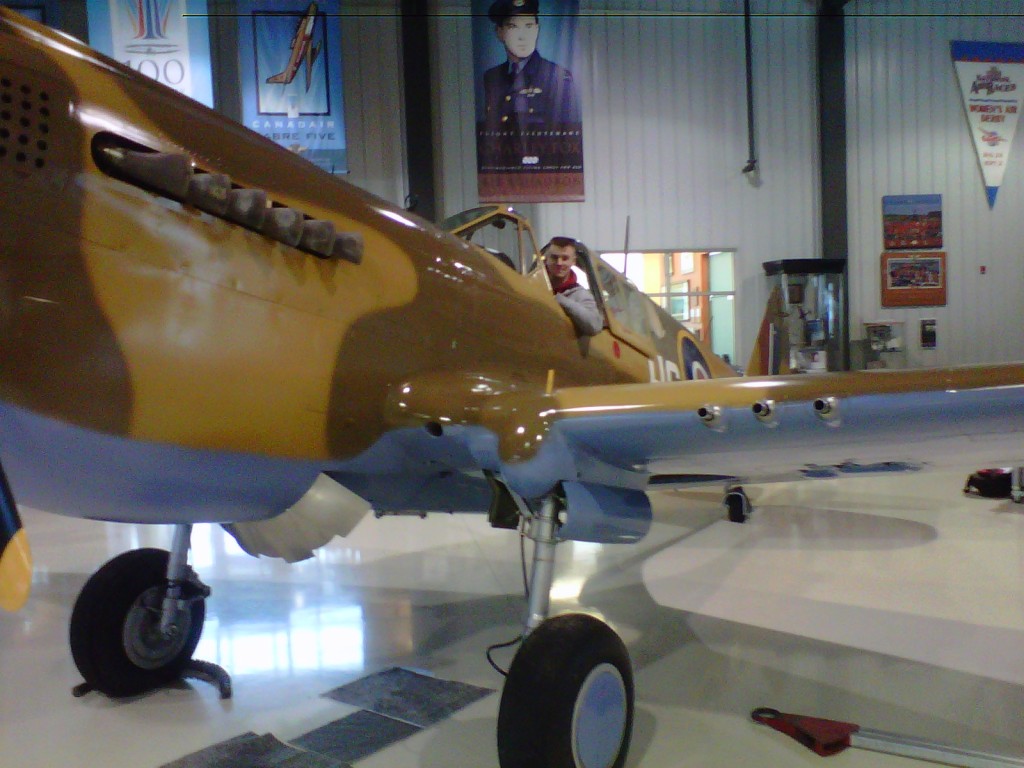 On Saturday March the fifth 2011 the a contingent from the Flying Club of the Royal Military College of Canada undertook a trip to Vintage Wings of Canada in Gatineau Quebec in addition to the Canadian Aviation and Space Museum in Ottawa.

Vintage Wings is a charitable, privately funded museum of aircraft historically significant to Canada. All aircraft at Vintage wings are operational or in the process of being restored to operational status. At Vintage Wings the Flying Club was given an exclusive tour of the hangar where colourful anecdotes on each plane, as well as the significance of the aircraft type as it related to Canadian Aviation history were explained. After touring the hangar, the Flying Club had the opportunity to speak with John Aitken, a retired Air Force pilot who test flew the F-14, F-15, F-16 and F-18 during the new fighter acquisition program that saw the CF-18 replace the CF-101, CF-104 and the CF-5 in the late 70’s and early 80s.

This was a great opportunity, especially considering the recent purchase of F-35s to replace the CF-18s in the coming years. After visiting Vintage Wings the Flying Club proceeded to the Canadian Aviation and Space Museum in Ottawa. The Aviation museum follows the development of powered flight in Canada and the world from its early beginnings in Kitty Hawk and Baddeck through to the jet age. It was very interesting to see where flight has been over these past hundred years and to imagine where it might take us in the next hundred. The Flying Club explored the Aviation Museum until closing time and then returned to RMC.

It was a great trip and an activity the club will surely reconsider doing next year.