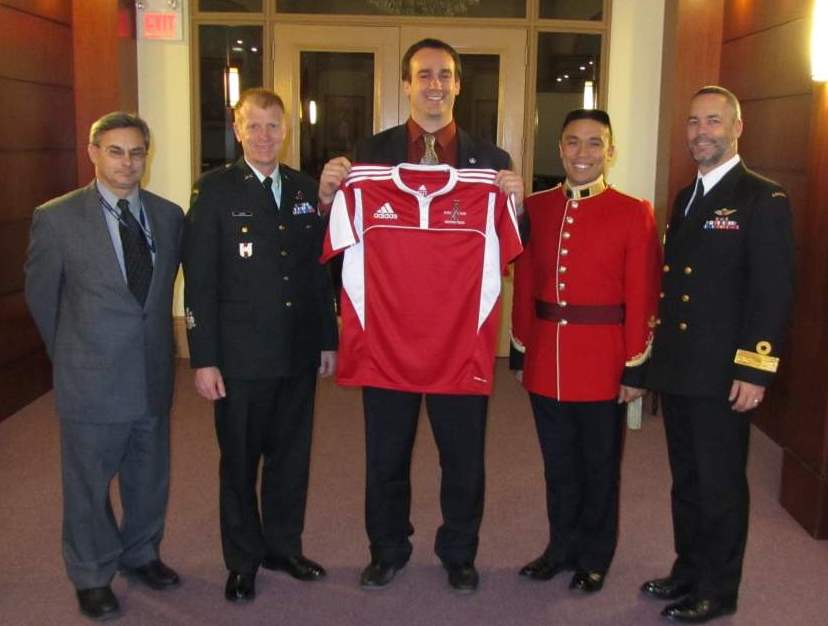 Mayor Gerretsen took office last Fall and a college visit was slated to be held shortly after, however, schedules on both ends resulted in it being pushed back to last week. 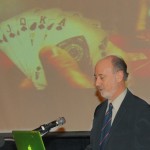 This year’s Class of 1958 Public lecture series was held on 9 Mar 2011 in Currie Hall. The purpose of this lecture series is to present critical issues of the 21st century to the general cadet population in order to promote intellectual discussion and foster critical thinking skills. The lecturer for this year’s event was Dr Peter Victor, a highly acclaimed environmental economist currently teaching in the faculty of Environmental Science at York University. Dr Victor has a long list of well established academic credentials including several key positions on some of Canada’s most prestigious science boards, Dean of Environmental Studies at York University, and Assistant Deputy Minister in the Ontario Ministry of the Environment. Dr Victor recently published a book entitled “Managing Without Growth, Slower by Design, not Disaster”, which was the subject background for his lecture.

Dr Victor’s day at RMC actually began on the morning of the 9th with a courtesy call to the Commandant and various Deans, followed by a seminar session with an undergraduate politics and economics class. This was followed by an excellent lunch at the SSM which provided Dr Victor with the opportunity to mingle with members from the Class of ’58, members of the College Academic Wing including the Principal, representatives from the RMC Club and Foundation, and four Officer Cadets of various years. The luncheon was followed by an expertly guided tour of RMC by the College Historian, Ross McKenzie. Finally, the day ended with a lecture by Dr Victor in Currie Hall. Those in attendance were treated to a thoroughly entertaining and thought provoking lecture which challenged our pre-conceived notions of economic growth, standard of living and future sustainability. The small but enthusiastic audience responded with many insightful questions themselves during the proceeding question and answer period. 24981 OCdt JEI Moffat prsented a gift to Dr Victor at the conclusion of his talk (see photo below).

Dr Victor then parted RMC for his return to Toronto but he left greatly impressed with institution of RMC and the calibre of our Officer Cadets. The Class of ’58 is to be commended for once again for bringing such a gifted and knowledgeable speaker to RMC to present on a matter of critical concern to our future prosperity and well being.

Class of 1958 photos by: Roger Pensom

Students from History 471 ‘History of Air Warfare’ participated in an Air Land Integration Workshop at the CF Aerospace Warfare Centre in Trenton on 8 March. Students had an opportunity to listen to a range of Canadian and international speakers discuss the history of army/air force battlefield coordination. The class is seen here with Col Derek Joyce, CO of CFAWC, and Dr Wakelam the course instructor (third and fourth from left).

Congratulations to the RMC Team at the CSGames hosted at Concordia University in Montreal!

He showed great initiative and organizational skills in taking care of all the details involved in such an event. More precisely, he made sure the team was well informed and coordinated the administration such as the competition inscription, claims and absence request forms as well as organizing for transportation.”