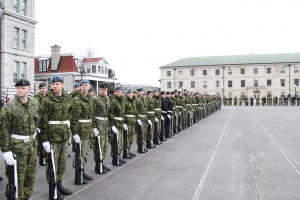 Drillfest 2013 is in Full Swing

The period following exams, which is filled with long days of drill and environmental phase training (EPT), is tough on cadets. This period, known colloquially by the wing as drillfest, is now in full swing. Everyone’s days are filled with a combination of parade practice (be it grad parade, sunset ceremony or band) and EPT.

Those cadets who will be on the graduation parade honour guard can expect to spend at least 25 hours practicing this year. Considering that each of the 12 squadrons will have eighteen people on parade, around 5400 man hours will be spent on grad parade practice alone. Cadets are also working every night to perfect their Sunset Ceremony routines and the band is working day in and day out to be ready for both events (bagpipes make for a good wake-up call!). All in all, the amount of time and effort that cadets invest in preparing for graduation weekend is incredible. 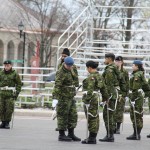 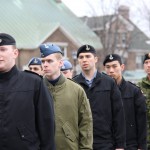 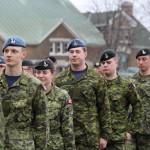 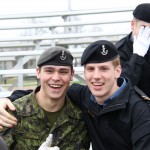 During my three years here, I have observed, and felt, a considerable drop in morale during this period. Those on graduation parade often feel powerless and disillusioned, while many in other roles may feel overwhelmed. With school, and exams, in the rear-view, this is an operational tempo that we aren’t typically used to. I won’t say we are notably more busy than usual (have you seen an engineering cadet’s typical schedule?), but our schedule does seem to have the effect of dropping morale and making the count of days until grad, and summer leave, ever-more important.

For those perpetually stuck in the countdown until you get out of here, I suggest the following article: http://davebooda.wordpress.com/2012/06/26/the-bad-habit-i-took-away-from-the-naval-academy/. Though written about the US Naval Academy, it is equally applicable to RMC. “Stop counting, start living”. Even if you’re counting down the next Tumbleweed Tuesday!

Best of luck to all cadets on whatever their schedule includes during this period. Be it graduation parade, a contingent of the Sunset Ceremony or the band, your hard work is being noticed. Your dedication and effort towards a proper farewell to the graduating class is important and you should be proud, truly. Take it one day at a time and don’t let yourselves get down by worrying too much about how long it is until you’re out of here for the summer!