We are always on the look out for ex-Cadets to add to our Class Notes section. If you are an ex-Cadet, and you have something interesting going on in your life, we want to hear about it! Whether it’s career related or more in your personal/family life, we want to know to know what’s going on with you. Just send a short write up, and, if you want, a recent JPEG photo of yourself, to s25366@rmc.ca.

6949 John Watson, Class of ’66 (1st photo, below) – His working career after the army was mainly in higher education, including a 5 year stint in the UAE as Vice Chancellor of the country’s Higher Colleges of Technology. Along with his wife Valerie, he returned from the UAE in early 2000 and took a job running a small company designing and building computer-based technical training for the oil industry. This has taken him to some interesting places, including several trips to Baku on the Caspian Sea. After he retired from regular work, he has continued to work in higher education as a consultant, including on a recent project in Oman. He is also a student of bridge and he is working on obtaining the certifications required for chartering sailboats. John, Valerie, and their dog and cat live in a 100 year old house in North Vancouver. (jawatson852@shaw.ca) 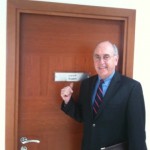 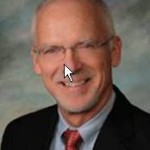 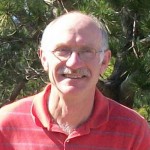 7105 Marshall Beck, Class of ’67 (middle photo, above), will retire in December 2012 from his position as VP of Marketing Sales at New York Air Brake. He and Margaret will become snow birds, alternating between their 1000 Islands home and The Villages in Florida. Golf, motorcycling (BMWs), boating and travel will consume most of their time. They have three grand kids with more on the way. (marshall.bec@nyab.com)

8980 Barry Sparkes, Class of ’71 (end photo, above), finally retired a few years ago after 38 years in the Navy. His last posting was in Command of CFMETR near Nanaimo on Vancouver Island. On retirement, he and Bonnie (his wife of 39 years) remained in the Nanaimo area where Barry has become active in the community; he is involved with the Rotary Club of Lantzville (Past-President and, now, Assistant Governor), a Commissioner on the city’s Parks and Recreation Commission, as well as being active in senior curling, softball and track & field, and a driver for Meals on Wheels. He makes up for the lack of sea-time by taking periodic cruises – next one through the Panama Canal in the spring. (brsparkes@telus.net) 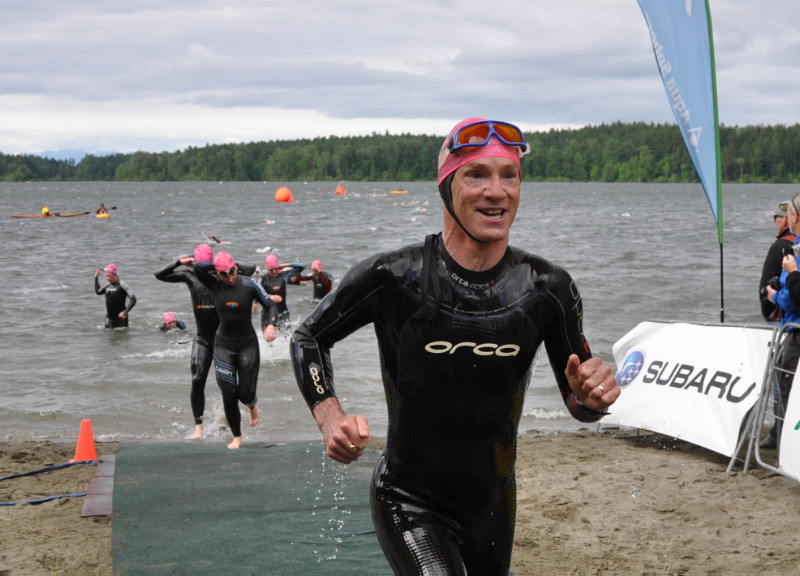 11075 Bob Gebbie, Class of ’76 – In his first year at Royal Roads (1972), Bob wrote a “Strong Vocational Test” in his Military Leadership and Management class. He discovered that he was best suited to become a YMCA instructor (and further down the list a military officer). So when Bob retired recently he became a certified triathlon coach and joined his wife’s “TriStars Training” business. Bob is now busier than ever as he coaches his TriStars as well as volunteering with the CFB Esquimalt triathlon team “TriForces”. He especially enjoys Saturday mornings where old and new ex-Cadets from both TriStars and TriForces enjoy coffee after their group bike ride. When you are in Victoria, contact Bob@TriStarsTraining.com to join him and other ex-cadets for a swim, bike or run.” (gebbie@shaw.ca) 11551 Ray Richards, Class of ’77, retired in 1993 after 20 years service with The Royal Canadian Dragoons and settled in Saskatoon, SK, with Judy, Jennifer and Michael. Ray’s “second career” is Project Managing high tech projects like the Canadian Light Source synchrotron facility. Ray is currently PM for 2 projects at the Sudbury Neutrino Observatory (SNOLAB). Leisure activities include being a one-man-Irish/Celtic-band playing local pubs and cultural events; playing and coaching several sports; maintaining their 80 acre property and organizing a 40th year RRMC reunion. Ray, Judy and their family’s glass continues to be “half full” with everyone enjoying good health, good fortune and good friends. (r.richards@xplornet.ca) 14199 Serge Carignan, Class of ’84, retired from the Canadian Forces and joined the Federal Public Service as the Director of Combat SupportEquipment within the Land Division of the Material Group of the Department of National Defence. As Director he manages a staff of approximately 80 civilian and military personnel responsible to support and purchase various equipment capabilities. New projects that his team is working on include the Land Vehicle Crew Training System, Urban Operation Training Systems, Head Quarters Shelter System, Field Heater Replacement, Explosive Ordinance Disposal Equipment, Enhanced Counter Improvised Explosive Devices, and a multitude of Chemical Biological and Nuclear capabilities. His hobbies include biking and miniature war gamming. His four children have graduated from High School and three of them are now in College or University. Serge and Jacinthe celebrated 25 years of marriage and have two grand children. (serge.carignan@forces.gc.ca)

20550 Dominik Breton, Class of ’97, just passed the twenty years of service mark. He was posted to Canada Command in Ottawa in 1009, where he is the liaison officer to the Government Operations Centre (GOC), and as such is involved with facilitating communications between the two organizations, assisting in planning efforst for whole-of-government contingency planning in consequence and emergency management of national interest and supporting GOC operations in responses to emergencies of national interest and events related to national security that have a Canadian Forces nexus. He is married with two children, Maéli, who is 5 1/2, and Olivier, who is 3 1/2. He is currently having a house built in Aylmer to accomodate the growing family, and when not working he enjoys living life with friends and family. (dominik.breton@forces.gc.ca) 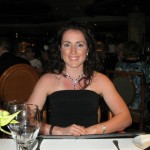 23592 Marie-Jose Diotte, Class of ’07, is currently employed as a Project Officer in LATEF (Land Aviation Test and Evaluation Flight) in Gagetown. She recently participated in the military national championship of Badminton and is happily living with her fiancé 23856 Capt Duaine Fetzner (Class of ’08), armour officer. Their wedding is scheduled for the beginning of April 2013, in Jamaica. MJ also plays Hockey with the Base team and Ultimate Frisbee in a summer league in Fredericton. (marie-jose.diotte@forces.gc.ca)