Sadly, with the recent passing of H2951 General (Retd) Ramsey Withers, the Club is in the process of naming a new Honorary President.  There are not fixed criteria for this honorary position other than the individual will be of tremendous character and quality and able to enhance the Club and the Colleges.

The Club Executive was of the opinion that that it would be worthwhile to solicit nominations from the membership. Should you wish to nominate an individual, please forward it to the attention of the Executive Director, Bryan Bailey, at Bryan.Bailey@rmc.ca.   Nominations must be received by 15 March 2015.  A short recommendation should accompany all nominations.

A total of 7 entries have been received to date for the $10,000 sword contest.  The deadline for entries is 31 March 2015.  We are looking for ideas from members to increase our annual recurring income by a net of $10,000, and are offering a sword of your choice as the prize for the best idea. 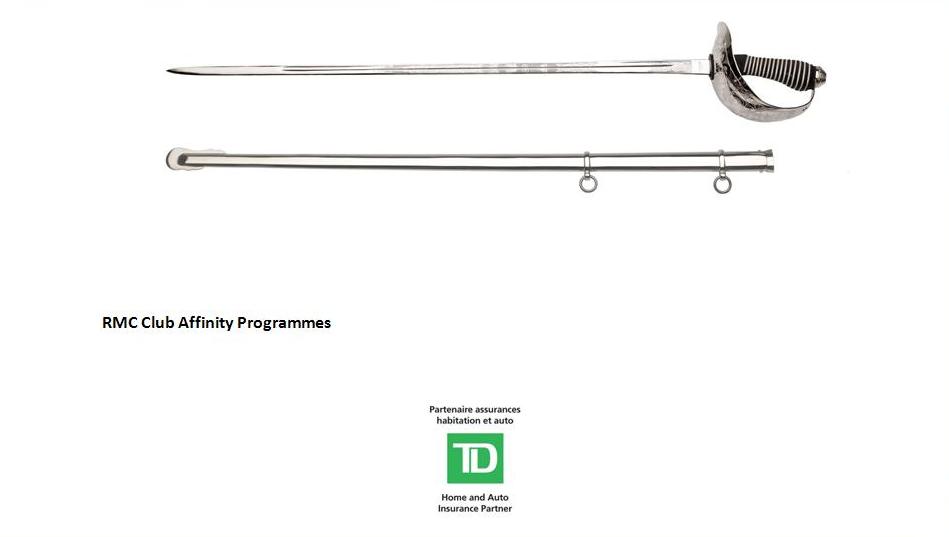 The Club is partnered with several high quality companies which offer excellent services to Club members. Perhaps the most popular is the TD Meloche Monnex insurance. Currently almost one thousand Club members are taking advantage of this benefit.  Do yourself a favour and request a quote from TD when either your home or car insurance comes due; it very well might save you some money while also supporting the Club.  Here is the link: http://www.melochemonnex.com/en/group/rmccluba?campaignid=PONMEBAN142923

Election of new Board of Directors scheduled for March

Following the resounding endorsement of the Club’s new governance model and revised Constitution prior to Christmas, the President of the Club intends to convene a Special General Meeting in March via teleconference.  The primary aim of this meeting is to transition to the new Board of Directors by electing 9 directors to complement the 5 standing directors. The Special General Meeting will enable the immediate transition to the new Board model which will remain in effect until the AGM which will be convened during Reunion Weekend on Saturday, 26 September 2015.

The second and last phase of the website redesign is nearly complete and the Club’s website http://rmcclub.ca/ is now mobile device friendly.  The last major component of this update will be the creation of new on-line membership registration forms.  If you haven’t looked at the site on either a tablet or smart phone, give it look.  Many thanks to the Ottawa Branch for their generous support in funding this phase of the website upgrade.  The next priority is to do the same for eVeritas.

Of all the social media that the Club manages, by far the most heavily subscribed and used is the RMC LinkedIn group (Royal Military College of Canada/College militaire royal du canada) which is open to all current and former Ex cadets & students of Canada’s military colleges. This group continues to grow at a steady pace and is only 30 shy of reaching the 3,000 mark which is impressive.  If you haven’t yet joined the group you are highly encouraged to do so.  Here is the direct link:

Save the Dates – Reunion Weekends in 2015

This year the CMR Saint-Jean Fin de semaine des retrouvailles (FDSR 2015) will be held on the weekend of 11-13 September.  It will again feature the obstacle course on the Friday afternoon.

The Reunion Weekend in Kingston will be celebrated the weekend of 25-27 September.

More information will follow and the Club intends to open registration for the Reunion Weekends in April this year.