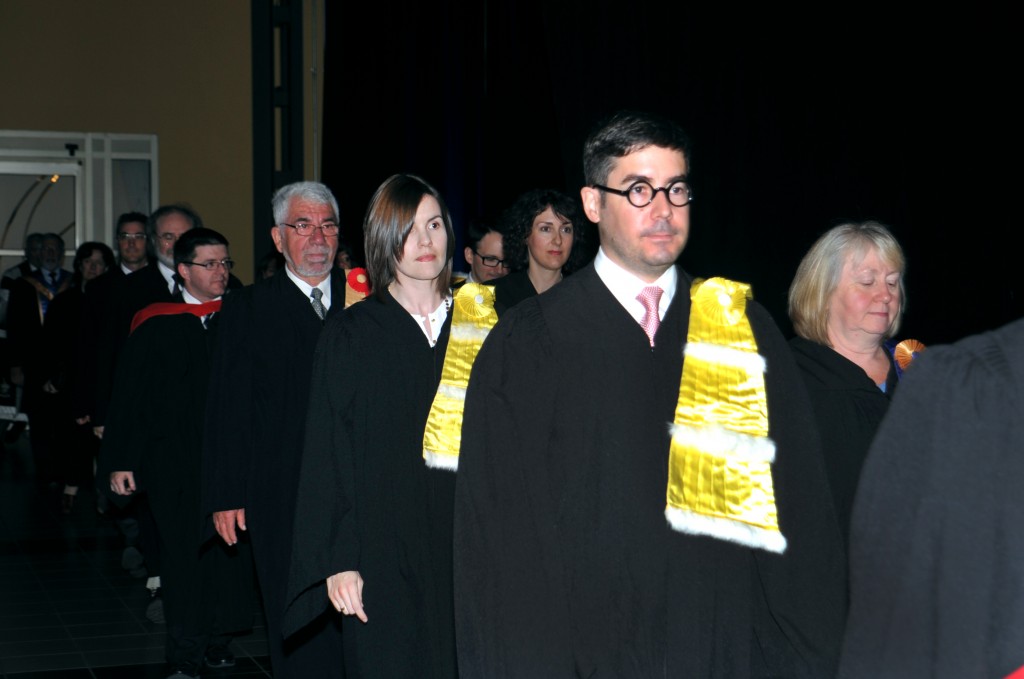 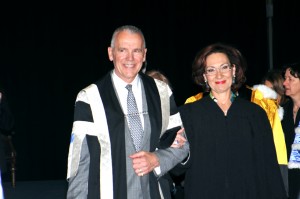 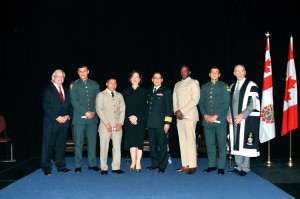 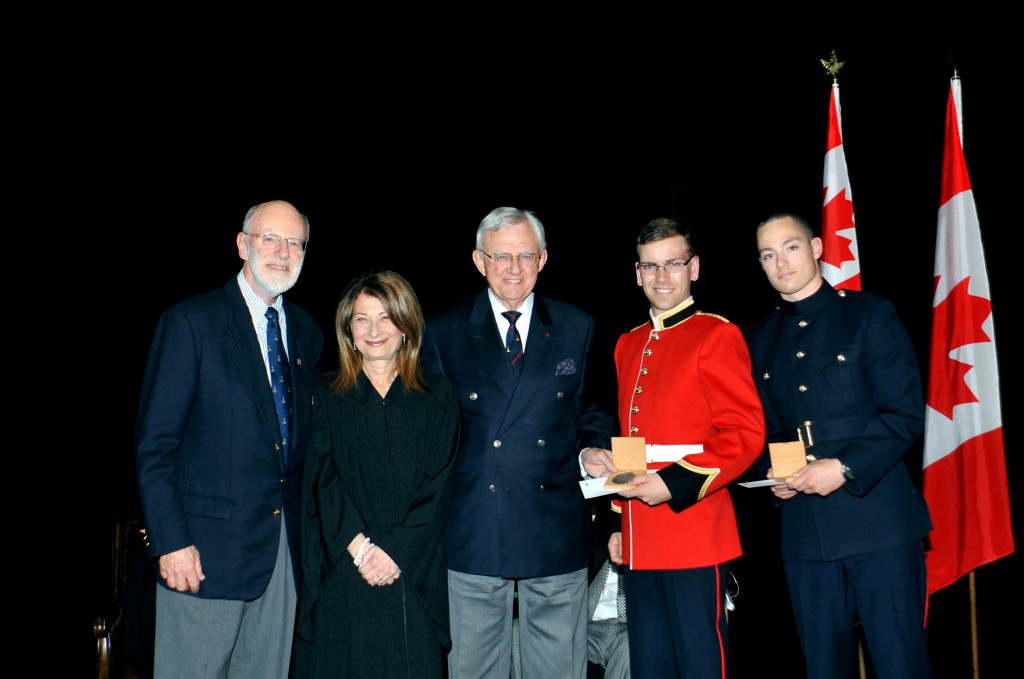 The Royal Military College Saint-Jean Convocation was held on Friday evening, 17 May in the Dextraze Pavilion. A large crowd of parents and relatives of the 99 graduating cadets was in attendance. The College officials had to scramble at the last minute because the scheduled Guest of Honour, the Lieutenant-Governor of Québec, had to desist with only one day’s notice. Fortunately, through the auspices of the Academic Director, 10966 Lieutenant-General (ret’d) Michel Maisonneuve and his wife, M0472 Barbara Maisonneuve an outstanding replacement, in the person of Mrs. Danièle Henkel, was found. This turned out to be a most inspiring choice. Mrs. Henkel, a highly-successful business woman (and one of the ‘dragons’ in the French version of the very popular TV show, The Dragons Den), not only charmed but informed her audience on the subject of leadership: how to think it, act it, show it, and believe in it. Much involved in supporting military interests, her address was short, succinct and intimately delivered. A real treat.

The Commandant, 14154 Colonel Guy Maillet, also addressed his third (and last) Convocation as he will be leaving this summer for a posting in Paris. As the second Commandant of the new RMCSJ, he and the Academic Director have formed a complementary and dynamic team to rapidly bring this small college (174 cadets overall in the Preparatory and First Years) up to a level of performance that might well be the envy of its much larger sister college in Kingston! Their combined passion for the College, and the mutual respect between them, was obvious for all to see. 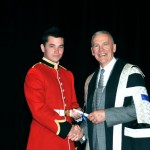 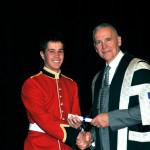 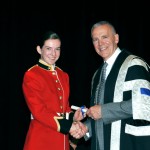 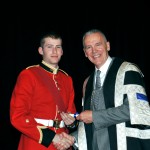 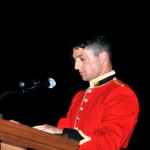 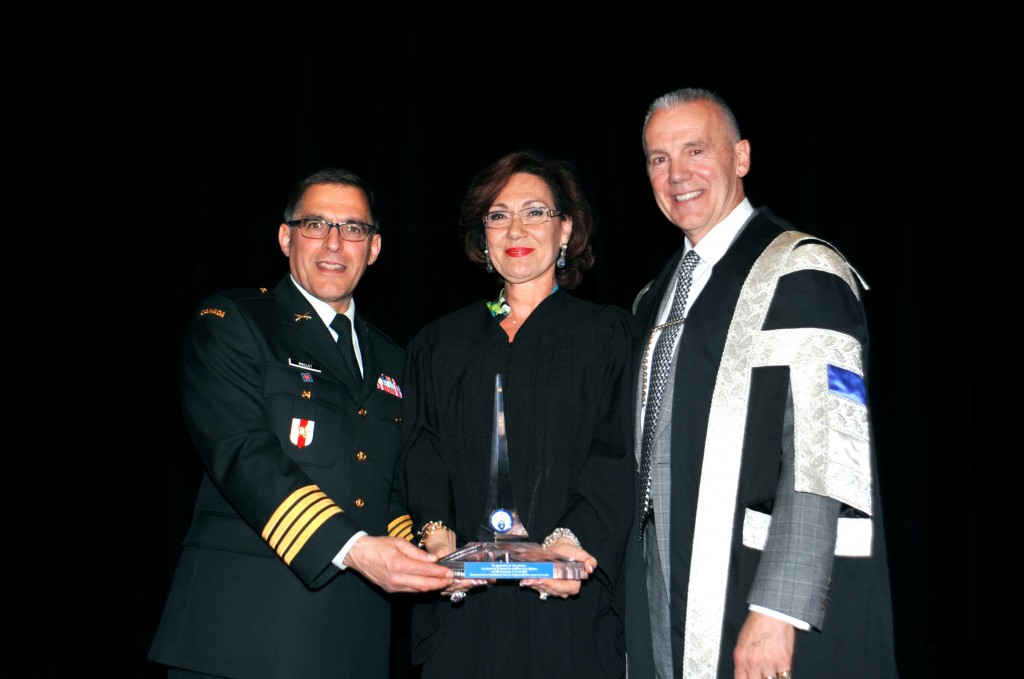 The following morning the End of Year Parade was held under the most beautiful weather conditions imaginable. The parade, with martial music provided by the band of the Royal 22nd Regiment from Valcartier Garrison, was of the highest caliber and much appreciated by the throng of admirers who showed up to watch it. In fact the enthusiasm of the crowd was at a level seldom seen at such parades and it undoubtedly provided a very positive and reinforcing feedback to the young future leaders on parade, including four foreign exchange cadets from Belize, Columbia (2) and Jamaica.

The pride, precision and spirit of the cadets was most noticeable, especially when the year’s winning squadron (Iberville) was announced – the squadron yell (no better word for it) – repeated twice – made the walls of the nearby buildings shake! The parade proceeded briskly with the time for the presentation of awards and prizes kept to a pertinent minimum, an example that RMCC might well consider imitating. 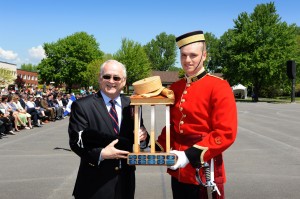 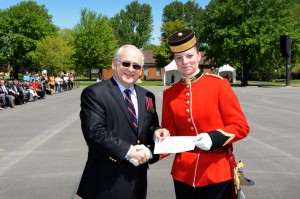 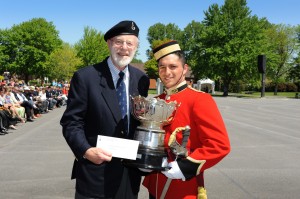 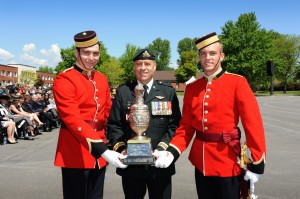 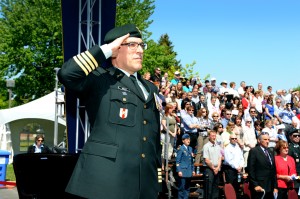 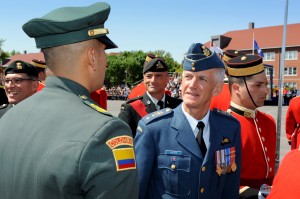 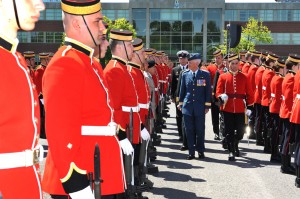 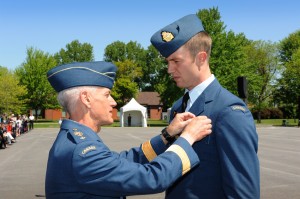 Speaking of awards and prizes, they were in fact spread out over a previous sports evening, the Convocation and the End of Year Parade. The Club was well in evidence as many of these prizes were accompanied by bursaries ranging in value from $150 to $500 taken from the annual $2,150 donation provided by the RMC Foundation’s Class of 1957 Endowment. The RMC Class of 57 was the first Royal Military College of Canada graduating class to contain members who had previously attended Royal Roads Military College and le Collège militaire royal de Saint-Jean. The Secretary of the Class of 1957, H3918 Al Roberts presented some of these cheques on behalf of his classmates.