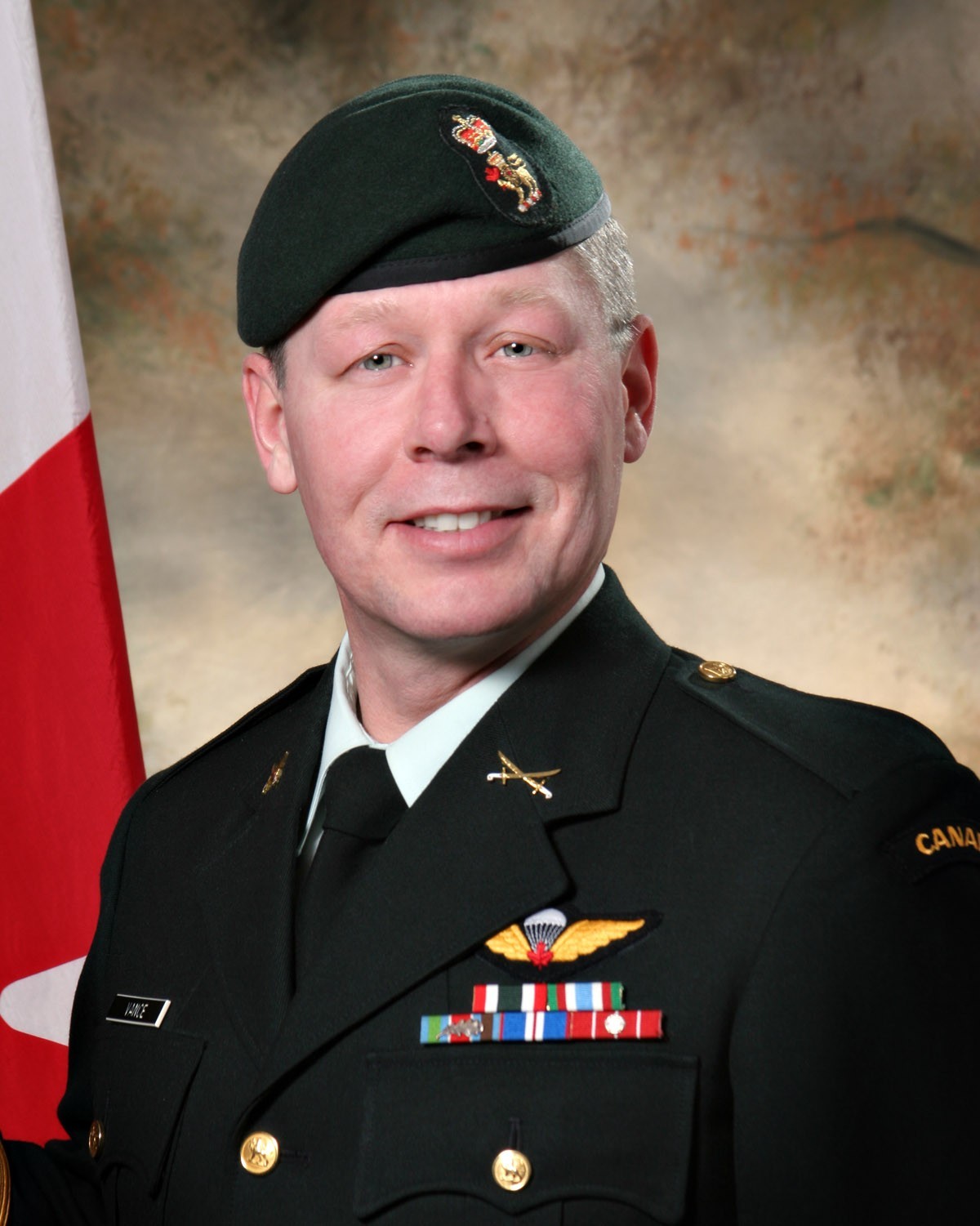 EDMONTON – Canadians are too accustomed to outdated definitions of military success to see progress in Afghanistan, says the soldier who next year will take over command of our troops in that country.

“There has been tremendous progress, it’s just whether or not they’re seeing it,” Col. Jon Vance said today.

“Canadians, I believe, are still accustomed to the World War Two-style of success. Lines on a map, going from here to there. Those kind of successes don’t exist in our new way of war.

“I wish they did, it would be easier, more linear and probably more understandable.”
Vance was to sign over command of 1 Canadian Mechanized Brigade Group tonight. The Edmonton-based soldier will be promoted sometime this year before he takes leadership of Joint Task Force Afghanistan in February 2009 from Brig.-Gen. Dennis Thompson.
Vance pointed to the rejuvenation of the southern city of Bazaer-E-Panjwaii as an overlooked success. “Those are big successes in a counter-insurgency, but they don’t resonate with Canadians.”

Tasks such as the mentorship of Afghan security forces and supporting the national government are hard to translate into obvious success, he said. While the ramp ceremony has become an iconic image of a soldier’s death, there is no equivalent to illustrate a victory.
“There are elements of the Canadian population that aren’t even hoping that this works out,” he said. “That’s a tragedy.”

Vance understands the importance of convincing Canadians of progress in a war that is also fought on psychological fronts.

That kind of battle is where Vance sees the greatest loss coming from the Sarposa prison break in Kandahar City earlier this month. As many as 400 insurgents escaped after an assault on the institution.
“The results of something like that are really important in terms of what’s in the minds of the people. Militarily, it’s almost a non-issue. Four hundred or so unarmed bandits are no military match for the forces we’ve got.”

The real advantage to the Taliban is how large a blow Afghans believe the mass escape was, Vance thinks.

“The enemy does these things on purpose. They are not necessarily causing them a great advantage, other than the psychological effect on the population.”
Vance called the Afghan security forces’ reaction to Sarposa “very good, very fast and very thorough.”

Although he has not served a full tour in Afghanistan, Vance has already been to the country several times to visit troops and on reconnaissance missions.
His most recent trip ended two weeks ago.
Vance’s tour will last nine months.

He anticipates his focus will be to build on plans that are already being implemented by the Canadians – to develop both the Afghan army and police and provide the security necessary for reconstruction projects.

Vance described Thursday as “bittersweet,” as he left 1 Canadian Mechanized Brigade Group. He had high praise for incoming Col. Andre Corbould, but regrets what he was leaving behind.

“I’m sad that they’re not my soldiers anymore.”

________________________________________________
24212 2 Lt. Melissa Elizabeth Dawe (RMC ’08) of Happy Valley-
Goose Bay graduated with First Class Honours from the Royal Military
College of Canada in Kingston, Ontario with a Bachelor of Science
Degree in Chemistry and Psychology on May 14, 2008. She received her
Commission into the Canadian Forces and was promoted to the rank of
Second Lieutenant the following day. Melissa is posted to 17 Wing
Winnipeg where she will undergo training as an Air Navigator. 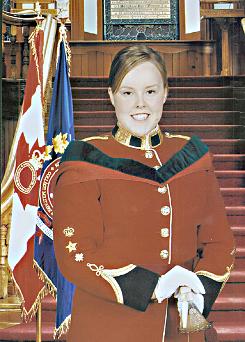 24213 2 Lt. Stephen Robert Hinks (RMC ’08) of Happy Valley-
Goose Bay graduated with Distinction from the Royal Military College
of Canada in Kingston, Ontario with a Bachelor of Engineering Degree
in Civil Engineering on May 14, 2008. He received his Commission into
the Canadian Forces and was promoted to the rank of Second Lieutenant
the following day. Stephen is posted to 17 Wing Winnipeg to continue
Pilot training.