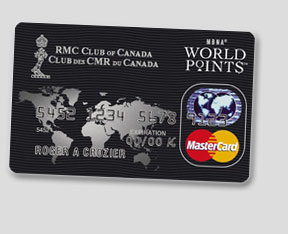 On 31 March 2008, 15035 Daniel Scuka (RMC ’86) and 21490 Kirsten MacDonell (RMC ’99) were working elbow to elbow in the European Space Agency’s ATV Control Centre, Toulouse, France. The Automated Transfer Vehicle is Europe’s latest contribution to the International Space Station, and on that day mission controllers were pacing the spacecraft through a ‘demonstration approach’, closing to just 11 m from the Russian module. Daniel works as a Web media specialist at ESA’s Spacecraft Operations Centre, in Darmstadt Germany, covering ESA space activities, while Kirsten is a cargo integration engineer – and, until September 2007, a crew trainer – in the Agency’s Human Spaceflight directorate in Noordwijk, The Netherlands.

4559 MGen (Ret’d) William Hewson (RRMC RMC ’59) colonel commandant of the Intelligence Branch spoke on the occasion of the 25th anniversary of the Intelligence branch about its missions and work within the CF. The 25th anniversary of the branch in its current form was an excellent opportunity to recognize over 100 years of intelligence work. MGen Hewson, who has worked at the intelligence branch for 23 years, focused on the branch’s progress over the past 25 years. “Intelligence has changed a lot and I’ve had a ringside seat to watch these changes,” he said. He also spoke about the long history of the branch, particularly the period during the Second World War, when information provided by intelligence services contributed greatly to the allied victory, and thereby helped establish the credibility of the branch. MGen Hewson took care to point out that intelligence involves a number of different professions, which are all important to the success of the branch as a whole.