“We’re pretty much ready to be talking to the [defense] minister about what we need to do to advance the JSS so we’re ready to go,” Vice Admiral Dean McFadden told Defence Watch in the summer.

“By coming back here, I think I’ve defeated the IED that blew me up – I’ve overcome that fear,” Mailloux said.

“It’s the human side of it,” said Lieut. (Navy) Kelly Rozenberg, public affairs officer and a member of DART. ”

“We’ll have groceries coming down throughout the night and loading them on board so we can sustain our operations at sea for as long as it takes,”

Knowing what to expect in Haiti

“So I want to avoid one of those cases where we get there and do a little bit of good and then go do something else. So it’s a matter of hours that we’re playing with and I’m trying to make the best possible decision.”

“She was trapped for eight hours until a members of a commercially operated base camp came to her aid. She was treated for bruised ribs, but resolved to continue her quest.”

Troops on Standby for Hati

“The Army cannot speculate on the force structure of any contribution to relief efforts in Haiti in advance of information and recommendations from CF reconnaissance teams and a government decision on the particulars of the force package,” 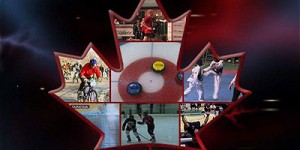