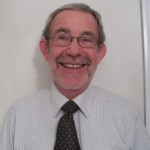 As a cadet in the United Kingdom, Dr. Peter Dunnett could hardly imagine he would spend nearly his entire 36-year teaching career at two of Canada’s military colleges.

Born at the end of the Second World War, Dr. Dunnett was raised and educated in the north of England and Scotland. He pursued an undergraduate degree in Bradford, England, followed by a job at Ford of Europe Headquarters doing economics and statistics research.

“After two years with Ford, I saw an advertisement in The Times of London in which Simon Fraser University in British Columbia was offering very generous graduate scholarships. I had visited Vancouver some years before, thought it the most beautiful city in the world, and made perhaps the best decision of my life in accepting an offer from SFU,” he explained.

Dr. Dunnett intended to join the public service after his graduate studies, but while attending SFU, he was asked to fill in for a professor to teach an introductory course in economics.

”To my surprise, I found I totally enjoyed the experience, and at the end of the course received positive evaluations,” he said.

This led Dr. Dunnett to explore other teaching opportunities, and he applied for a position at Royal Roads.

“I had never been to Royal Roads, but was spellbound by the beauty of the college. When I was offered the job, I took it, little realizing at the time that I would spend my whole academic career in the military college system. Newly married, my wife Barbara and I arrived there in 1974, and our first of three sons was born a year later,” he said.

Dr. Dunnett had the opportunity to teach in civilian and military universities, and he noticed some key differences. The fact that cadets have a relationship beyond the classroom certainly changes the dynamic.

“I felt there was a sense of camaraderie and team spirit in most classes not found at civilian universities. Teaching at a military college is a unique and potentially wonderful experience.”

There are inherent challenges to this unique environment, but as Dr. Dunnett found, “by appointing a class leader and making it clear that it was his/her responsibility to keep discipline and noise levels down, 99 percent of my time could be committed to teaching, and only one percent to discipline and good order. I only once had what I would call an unruly class, and over 36 years, I must have taught the best part of 200 courses.”

He found that the introduction of University Training Plan Non-Commissioned Members (UTPNCMs) into the system many years ago added a welcome dose of maturity.

Over the years, Dr. Dunnett has experienced the enormous rewards teaching can bring. The highpoint of his career was when he received the Teaching Excellence Award at RMC.

Not all classes, of course, were successful: “I learned that there is a cycle to group enthusiasm, with the ninth and tenth week being the low point; exams are still in the future but any novelty has worn off. Also, there would be days, say, following a Commandant’s inspection, or the day essays were due in another course, when the majority of cadets would be exhausted. The only remedy was to slow things down and accept that that was part of life at a military college where the demands on cadets are formidable. However, most of the time I found cadets to be a great audience, keen and willing to ask questions and be involved. Many had a great sense of humor, and I have many recollections of some of the things they got up to – if I recall correctly, it was Brigadier General Jonathan Vance who, as a cadet, brought a white rat to class to sit in the front row,” he said.

Dr. Dunnett was not only a teacher, but he was also involved with research and administration, as well as other aspects of college life. As a marathon runner, he enjoyed cross-country running with the cadets at Royal Roads for many years.

“One of the most rewarding experiences with the cadets was to organize, together with Major George Scharf, a run by the cadets for a Canadian charity called Operation Eyesight Universal, a charity to which I was very committed while at Roads,” he said. “Twenty Roads cadets volunteered to sacrifice their long weekend to run the length of Vancouver Island, and between them raised money to restore eyesight to the blind in third world countries. Enough was raised to restore eyesight to a number equivalent to the total cadet body of the college, that is to say one eyesight operation for every officer cadet.”

In his last years at Royal Roads, Dr. Dunnett was the Dean of Arts. It was during this time that he had the opportunity of a lifetime: to work with two of his colleagues – Dr Akbar and Dr Boutilie – on behalf of the faculty and staff towards the creation of Royal Roads University.

“The unfortunate closure of Royal Roads in 1995 created this opportunity, and while many people claim to have created Royal Roads University, I know our hard work over nearly 18 months, along with the influential political contacts we had in the BC government, made the difference between a free-standing, independent university, and the college being transferred to the University of Victoria,” he said.

Dr. Dunnett was welcomed in to RMC after 15 years at RRMC, and he joined a department “whose members could not have been more accepting and generous of spirit.”

In subsequent years, Dr. Dunnett served on loan for a year to CFB Kingston as Director for Alternative Delivery, as well as seven years as President of the Canadian Military College Faculty Association.

“From 2000 to 2007, former professor of physics and Head of physics, Dr Rod Harris-Lowe and I ran CMCFA – on a daily basis along with a supportive Executive Committee. Rod was a wonderful and wise partner in this undertaking. It was at times frustrating, but also a rewarding experience and provided an opportunity to gain insights into how DND HQ and Treasury Board operated, particularly with regards to the management and the treatment of civilian employees. During my years going to Ottawa, DND enjoyed a deservedly good reputation among all the federal departments for treating its civilian employees best among all departments,” he said.

By 2009, Dr. Dunnett’s “due date was up, if not, I might have been tempted to stay on at RMC to torment cadets for years to come. Retirement has offered many opportunities. In Kingston I work for four charities, walk a great deal, read profusely, continue my study of economics, take courses and generally do some of the things I did not have time for before. Perhaps the greatest benefit of retirement is being able to travel in the winter months. My wife and I look forward to further travel to Europe, the United States and to China, where we have two grandchildren.”