FYOP – END OF WEEK ONE…JUST UNDER FOUR TO GO…

We had the opportunity to interact with a number of the new recruits over the past week. Following are four short quotes which pretty well sums up the sentiments of the entire group at the end of week one. 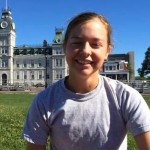 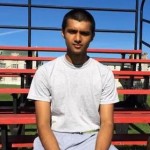 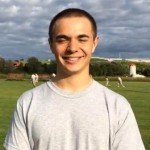 What These 4 Had to Say About Week 1:

#2 – “We have done plenty of inspections. I”m doing pretty good.”

#4 – “Got to earn our spot at the school. It’s been tough; they don’t give you much slack but we will all make it through.” 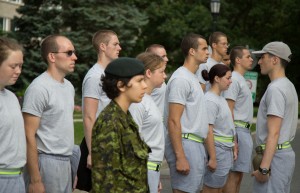 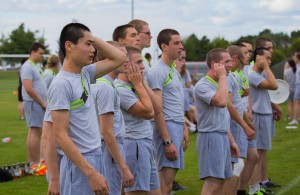 The Royal Military College of Canada – First Year Orientation Period (FYOP) – used to be called Recruit Term has been around pretty well since likely 1877 – the second year the college opened.

Approximately 200 young men and women from all over Canada stepped into that tradition and wrapped up Week One, this past weekend. By now they have learned what’s expected of them and are well acquainted with their FYOP staff.

Since their arrival the pace has been high tempo – by design. 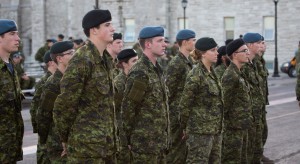 In addition, to the sports & drill which we highlight in these photos there is much, much more going on in around the college from dusk till dawn every day.

Room inspections; personal inspections; briefings on the college history and traditions; bios on high profile graduates are just some of the items that were on the agenda for week one.

The tempo for week two will undoubtedly increase.

The group is broken up into 12 flights – involving 15 to 20 in a flight. As mentioned they come from all over the country – different backgrounds, different maturity levels, different fitness levels and different work ethics and most importantly some come from military cadet backgrounds – army, navy or air force cadet programs; others from Canadian Armed Forces – Reserve Forces and most with absolutely no military experience at all. Quite the mix and a major challenge for the staff.

The new cadets will need to get to know each other and learn to depend on each other. With the end game being teamwork! They have about four weeks to achieve this goal.

The “RMC Way” has proven to be pretty successful for at least 135 years. There is every indication that this formula will work again in 2014. It’s all about effort and attitude.

The FYOP staff have reinforced to the cadets, imparting the message that help is plentiful, whether it is understanding difficult day-to-day taskings or the challenges of every day life on the college campus. 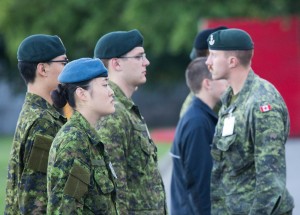 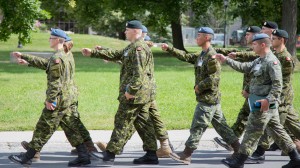 It’s that time of year again, where summer fades into autumn and cadets return to RMCC for another year of learning and academics. Along with this comes the all-too-familiar sounds of First Year Orientation Period (FYOP). Every cadet here at the college has experienced the stressful transition from the civilian lifestyle to the military college way of life, but what is it like to be in the middle of it all, teaching and being the mentors for these lost and confused first years?

Only those directly involved with the first years can really answer this.

FYOP bar positions are reserved only for the most physically and mentally able cadets, those who can balance their own college lifestyle well enough to be able to guide new recruits into learning how to do the same.

These senior cadets face different challenges then the first years: they are faced with the hardships of teaching and moulding new cadets into future leaders. It is up to the FYOP staff to create a proper base for these first years to build their own leadership and military skills upon. 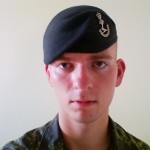 We had the opportunity to speak with a couple of the FYOP staff. Josh Erion 26325, DCFL Alpha Flight, 1 Squadron had this to say.

“The biggest challenge is keeping your expectations low. You really need to walk them through everything to start. They are completely new to this, and it is hard to not expect them to already know things even as simple as inspection standards.”

With a touch of pride, he added: “1 squadron has always strived to create motivated and professional soldiers-to-be. We want them to be proud of RMCC and especially proud of the squadron. I honestly believe that FYOP staff is the most rewarding and worthwhile position at the school.”

These senior cadets have more on their plates then the usual everyday cadet at RMCC. They are responsible not only for their own wellbeing and success, but also for their first years’. They must find a balance between the four pillars of RMC for themselves as well as their first years, and get them ready for the upcoming obstacle course.

“We have to watch our health as well as monitor theirs – we’ve had a few injuries within our staff we’ve had to work around. We get less sleep, but have to keep up our energy and morale so we can keep theirs up and keep them from slacking.” 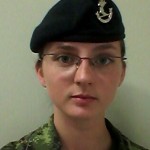 She added. “We can definitely build their teamwork in time for the obstacle course, but their own physical conditioning is up to them.”

Josh Erion also added a reality on being a member of the FYOP staff. ““It’s hard to focus on school when FYOP just seems so much more important, it’s entirely immersive. Last year I had some serious catching up to do when it was over but I managed to catch up and maintain my grades so it wasn’t detrimental.”

So then what is the appeal to being a FYOP staff if it’s nothing but hardships and challenges?

“I like that I get to instill a bit of my own values and my ideals of leadership in them at the very beginning of their careers, I like that what I do is adding to their foundation and will help shape them as they grow into leaders in the CAF.”

The equally proud & confident, Katie Brooks reinforced the Josh Erion reason for being a member of the FYOP staff. “I want to try and share advice and see that I am making an impact – I want to make sure they’re prepared where I wasn’t. I like, as a staff, to see their progression.”

FYOP staff is no doubt one of the most demanding bar positions at the college. Five weeks of non-stop training, cumulated with the Reunion Weekend obstacle course and the Badging Parade.

Being a FYOP staff member may be one of the toughest things to do at RMCC, but it is by far one of the most rewarding accomplishments as well. I can only imagine the pride each FYOP staff feels as their last first year rings that bell at the end of the obstacle course. And the very special moment when they march on to the parade square Reunion Weekend and officially join their individual squadrons.