The Battle of Britain Parade was held on Sunday, 16 Sept, to commemorate the 72nd anniversary of the occasion. 1 Wing HQ, from CFB Kingston, organized the parade, while RMCC Cadets formed the flag party and cenotaph guard. The parade itself was held at the RCAF Memorial in City Park. Director of Cadets LCol Patrick Lemyre was in attendance, as were members of the RCAF who are posted to the College. 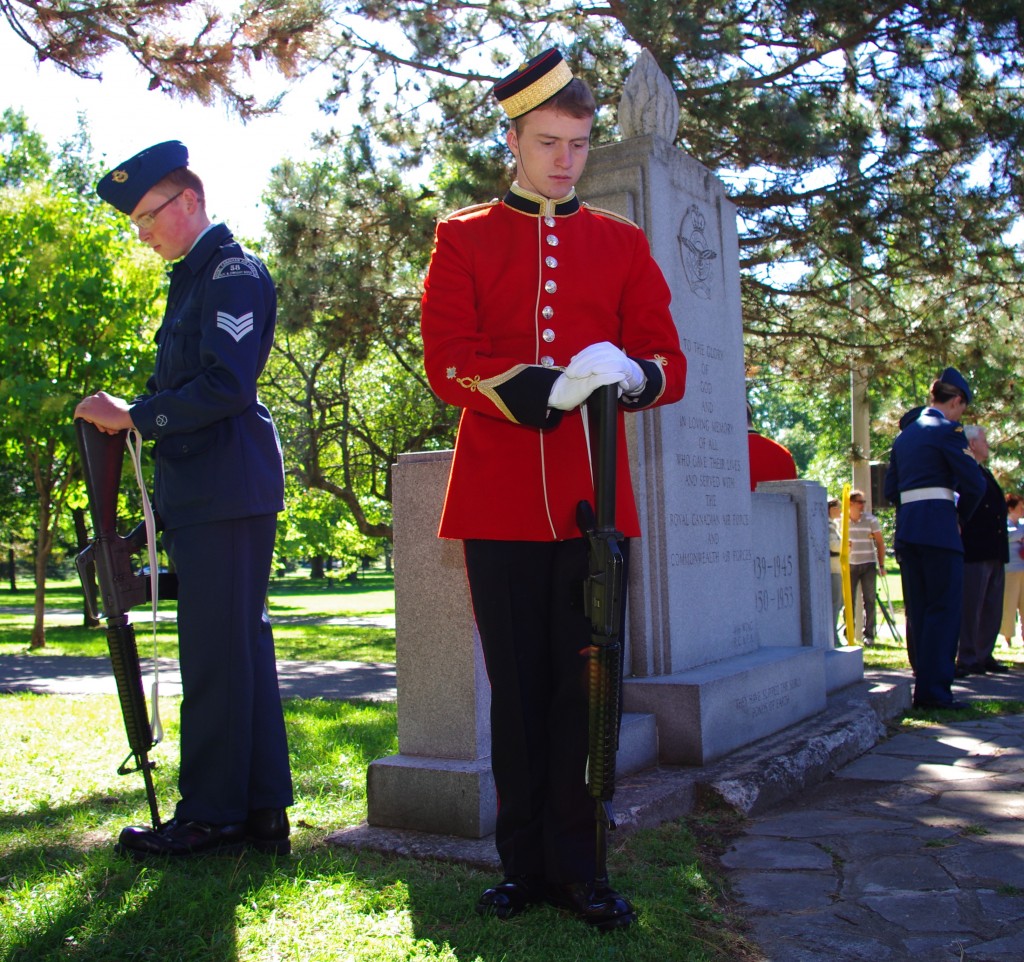 Class Notes: Cadets Who Entered in ’52 Celebrate their LX &

The Week That Was…And More…

“…Brooks has gone to Shilo with the Korean Brigade…”