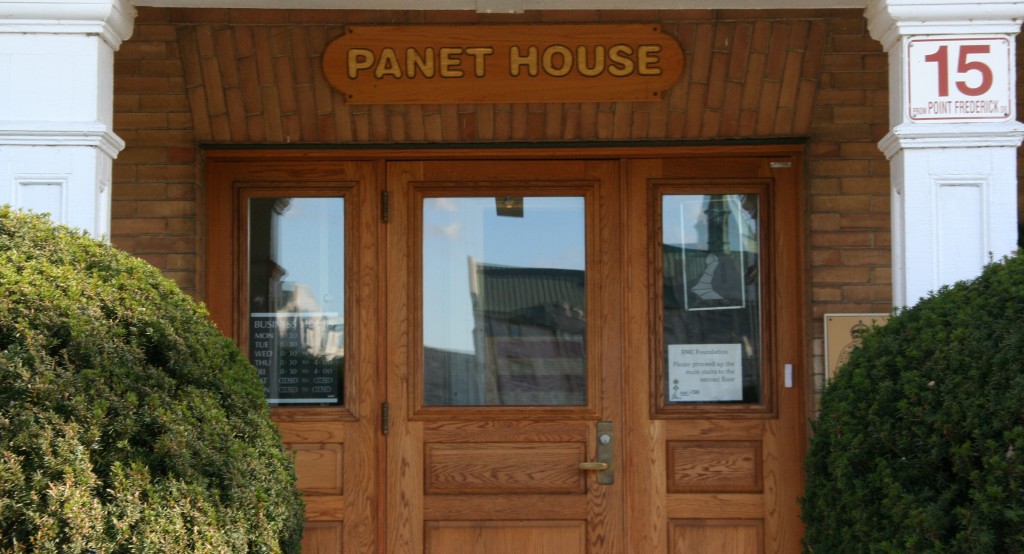 New ED off the Mark Quickly

Panet House has been around the college since 1903.

From the beginning and up to 1995 it was mostly the residence of the Director of Cadets or the Director of Administration depending on the posting cycle of the incumbent of the day. For a couple of years from 1995 to 1997 (approx) while Yeo Hall was under major construction it was the temporary home of the padres and some other college medical & logistic departments.

Staffs from both the RMC Club and the RMC Foundation (which hopefully will be the focus of an article in the near future) are the tenants these days.

The main services that the Club has been providing to the membership is information in e-veritas 40 – 50 weeks per year; three issues annually of the VERITAS Magazine, and their Web site.

A well stocked and well managed Gift Shop is also available for Ex cadets, college staff and cadets. Purchases may be made on site and Online. The newest member of Panet House, Executive Director 14356 Michael Rostek, has settled very nicely into his new position. Besides getting to know the Panet House team, the intricacies of his position have kept him busy navigating from strategic to tactical level issues, hour to hour.

Although not officially on staff, he was a constant presence in Panet House on a volunteer basis through most of Oct and up until he moved into his office 21 Nov. Michael’s successful indoctrination was accompanied with other notable changes to Club operations.

He was a big part of the team that ensured the Fall edition of the Veritas magazine met the expectations that members have grown accustomed to over recent years.

His fingerprints are all over the new and much improved Club webpage which is only in its infancy stage.

Some of his biggest upcoming challenges include bringing the Club closer to similar alumni organisations. Mike has already started this process and has been in contact with a number of like minded Clubs – both in Canada and the United States.

Undoubtedly, membership recruiting is the key element of the Club’s existence. The 1979 CMR entry officer-cadet and a 1984 RMC graduate, in quick order, has started the communications with a number of one-on-one conversations in an effort to bring new members into the Club. He has also had dialogue and has encouraged those who have let their membership expire to ‘re-engage’. It may be too early to measure the results but the indicators are very positive.  See more on Mike Rostek

As the article states: “ In the coming months, the Team will solicit support from many sources, including Branches, Classes, as well as individuals, and all are encouraged to participate and any contribution to this effort will be welcomed.”

Just in case – you are missed on the survey:

At least one reader, 16872 Pete Karagiannis wants to know – “How would you like us to get in touch with you? Email? Postal Service? Phone?.

Best answer to Pete and anyone else who wishes to provide some feedback: Any of the three!

Donations to the Foundation

Check out the Foundation Web site

Check out the Club Web site