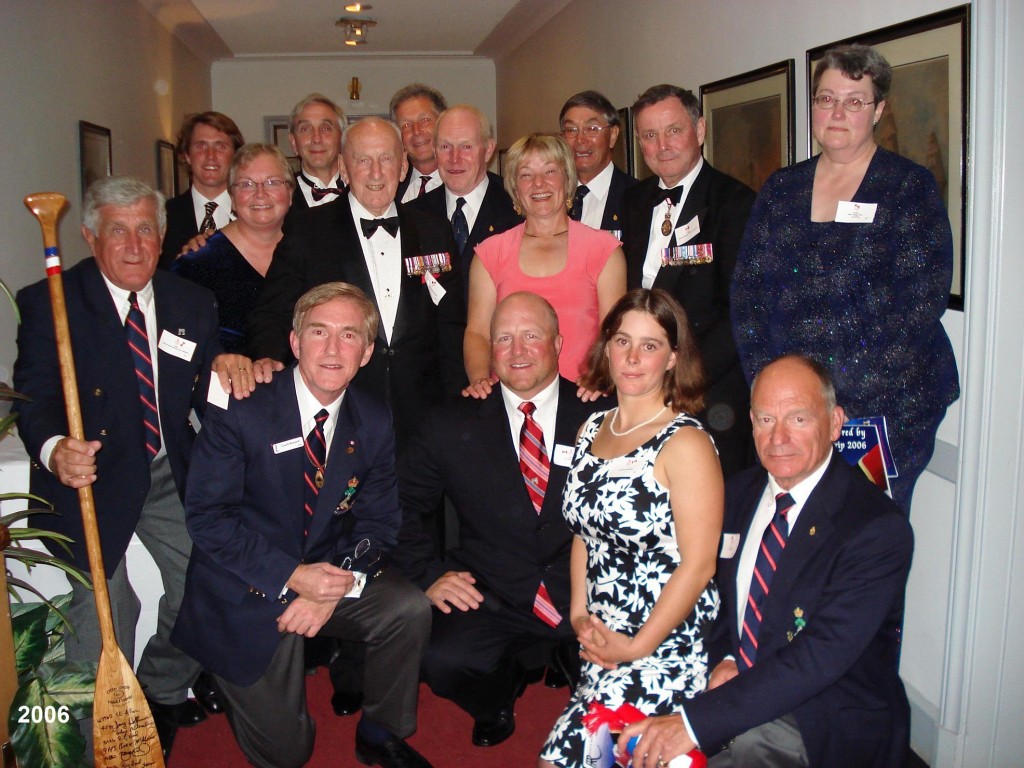 BLURB FROM THE BOURGEOIS, 8788 GEOFF BENNETT:

In late September fifteen Ex-Cadets will paddle a voyageur canoe from Ottawa to Kingston, arriving just in time for the RMC Foundation Legacy Dinner. Raising and lowering their paddles over 100,000 times, they literally pull their own weight while raising funds for athletics. Costs are borne by the crew, including three tables at the Legacy Dinner and substantial donations to Friends of the Rideau and the Rideau Roundtable.

They call themselves “maudites” after the strong Quebec brew of the same name, reminiscent of the voyageur era and the ancient legend of the flying canoe, “la chasse-galerie.” In a tribute this year to west coast tradition, the paddles have been designed by Kwagi-ulth artist Jason Hunt. An orca, wolf and eagle honour the navy, army and air force.

Give athletics a boost and give the “Maj” a 90th birthday present – pledge a paddler now and pay later! Pick your favourite from the photo gallery on the RMC Foundation website . You may also make a pledge or tax-deductible donation by calling Jennifer Jordan at 1-888-386-3762.