16142 JJ (Jeffrey) Smith is originally from Victoria, BC and a Royal Roads Military College graduate – Class of ’88 – B.Sc., Physics and Oceanography.

He now calls both Ottawa and Montreal his hometown(s).

What is Your current career status?

The pursuit of the rule of law in the international order.

Making the transition from naval officer to lawyer and then to law professor; Ensuring my career aspirations did not diminish from those of my partner. 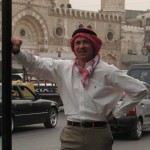 My naval, legal and university teaching careers in service to others and, singularly:

(i) my appointment as CWC in my final year at Royal Roads;

(ii) my being awarded the distinction of top naval engineer officer in training (1991);

(iii) my work in the United Nations for law of the sea in East Timor;

(iv) my five years as National Council Chair of the Canadian Institute of Marine Engineering (2009-14);

(v) my continuing appointment as jurisconsult in the Saharawi government-in-exile (the Frente Polisario); and

(vi) being awarded the Faculty of Public Affairs Teaching Excellence Award 2015 for my work at Carleton University.

(iii) Professor Ted L. McDorman of the University of Victoria.

What would you describe as a turning point in your life?

The decision every day to pursue justice for others through the law; and

(iii) becoming a navy chief engineer at the age of 25.

(ii) to see the Saharawi people of Western Sahara to the exercise of their right to self-determination; and

(iii) to continue running marathons into my 90s.

Add anything else you feel that would help readers to know you better.

My career and personal success in life has been a paradox, arrived at by ensuring I always supported my partner’s personal and career aspirations. I’m one of a fortunate few, or perhaps an intentional few, who have had success in every part of my life after supporting my partner. 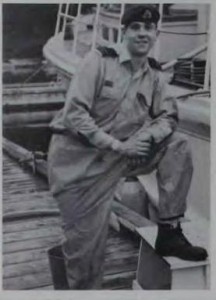