Todd has earned an Executive MBA from Athabasca University along with his Science, Chemistry undergraduate degree from RMCC.

He  is a proud product of West Saint John, N.B. and is closing in on 23 years of military service.

To be completely honest, it was kind of a process of elimination.  My eyes were not strong enough to pursue becoming a pilot and after being a reservist in the artillery – I was looking for something other than a combat arms career.  Becoming an MP (at the time, Security) Officer seemed like a good mix of “being in the action” without getting a university degree in order to live in a trench.  That was my logic as a 17 year old.  Once I completed my training, I have always aggressively pursued line/command/leadership opportunities.  I have been very fortunate to have led soldiers at increasingly higher levels of responsibility both within Canada and overseas.  Working with our people and seeing them at their best – on operations – is always inspirational.

Delegating to senior non-commissioned members that are much older that I was and then holding them accountable.  This was an incredibly tough challenge early in my career because your Master Warrant and Warrant Officers are the experienced technical experts who are there to guide, support and mentor you (to a certain extent).  They are the conduit between you and the soldiers although I firmly believe that a junior officer needs to strive to develop his/her own understanding, appreciation and relationship with their soldiers.  Just like any other rank, not all senior non-commissioned members are going to perform to the desired standard.  It can be a daunting and delicate task holding them accountable while still preserving a functional relationship.  I found that this is especially difficult in a smaller, more specialized trade.

Another challenge has been striving to improve my level of emotional intelligence as relationships and team dynamics are so important in the CAF.  I have witnessed toxic and self-serving leadership frequently in the CAF and you have to be aware of the potential impact of your actions upon others, especially when you are in a more senior leadership position.  Staying in the zone and being mindful of your responsibility to promote a healthy, functional workplace – even in the most chaotic environments – and promoting a climate of mutual respect is a challenge for leaders at any level.

Competing with the RRMC and RMC Varsity Rugby squads; successfully applying for and then leading RMC’s team on the Op NIJMEGEN marches; performing well on my three overseas deployments; completing my MBA; and being entrusted as the CO of the MP Branch’s largest unit.  Also, I finished the Ottawa Marathon in 2010 (during my house hunting trip) – I’m sure that I ranked fairly high in the 100Kg+ category.  Earlier this year, our unit had soldiers deployed to five different expeditionary operations – ADDENDA, CALUMET, IMPACT, REASSURANCE and RENAISSANCE concurrently – while continuing to provide 24/7 policing services to places like Garrison Petawawa, CFB Kingston and 4 CDTC Meaford.  This made me very, very proud of our small Regiment.

I have learned from the strengths and flaws of many different people throughout my life and career and have occasionally sought out the counsel of different folks when I feel like I need to vent and/or need some guidance.  I certainly recognize the importance of a mentor and will probably actively seek out a more specific mentor when I am closer to transitioning back to civilian life.

What would you describe as a turning point in your life?

Well, joining the military at age 17 was certainly a turning point in my life.  I sometimes wonder, without regrets, how life would have turned out had I remained a civilian and gone to UNBSJ.  I probably would have run into a moose.

A turning point in my career was my deployment to Bosnia and subsequent posting to RMC.  These were my first opportunities as a trained officer to work in my first language and I really felt my confidence surge.  Also, I benefited from a very strong Platoon Warrant Officer in Bosnia which renewed my faith in our senior NCO cadre and was essential for my own development.

My career goals are kind of in the hands of higher-level decision makers right now.  I’ve been a Major for eight years and feel like I am ready to progress after my current command appointment – but obviously, I don’t determine that.  I feel like completing the Joint Command Staff Program and earning another Master’s degree would be a worthwhile short-term goal. If that doesn’t work out, I am well situated here in Toronto to pursue a wide variety of transition opportunities into the civilian workforce.  One day, I would like to own and operate a small business.  I would also like to get my act together and start a family.  On the leisure side, I am increasingly interested in going on a long trip to South America and come back with at least a functional level of Spanish.

Add anything else you feel that would help readers to know you better.

Caption: Pictured are members of 2 Military Police Regiment gathered at the Wingham, ON Legion on the occasion of a bridge dedication in memory of Cpl Matthew Dinning, who died as the result of his vehicle striking an IED in Kandahar on 22 April 2006. He one of three MPs who died on Op ATHENA.

I will use this space to talk more about MP soldiers.  There are a lot of misconceptions about MPs and their motivation.

Yes, there is a small minority of overzealous types that seem to enjoy being the leaders in giving tickets.  Let me assure you that these instincts get tempered once a good supervisor gets a hold of them.

I have worked with hundreds of MP soldiers in many different circumstances throughout my career and they are some of the best people that I have ever met in my life – reliable, creative, hard-working, kind, resilient and adaptable.

One fact that many serving members are not aware of is that a healthy proportion of our MPs are voluntary remusters from other occupations.  These soldiers, frequently with combat arms backgrounds, are some of the best MPs that we have as they typically possess the empathy, experience and overall awareness of our unique cultural considerations that take a direct-entry MP many years to ingrain.

One the strengths of our trade can also be our greatest weakness – we have MPs conducting so many different types of jobs that it is next to impossible for an MP to be focused and experience enough to be proficient in all of the core areas expected of him/her.

The CAF needs to increase the total strength of the MP Branch; reduce the tasks assigned to MP; or open up some roles (ie. embassy duties; counter-intelligence; close protection) to other trades.  At the end of the day, MPs are just like every other type of soldiers in the CAF – they have their job to do and most try their hardest to get it done professionally so they deserve our respect. 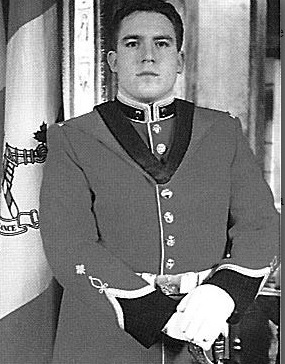