Legacy Dinner – Starts the Weekend Off in Fine Fashion!

The annual Legacy Dinner kicks off the Reunion Weekend and is hosted by the RMC Club Foundation in order to raise money for its various initiatives and to recognize donors. Cadets in Scarlets are present in large numbers throughout, not only as greeters, entertainers and members of the Colour Guard, but as sponsored guests at each table. This provides the best opportunity of the weekend for Cadets and Ex-Cadets to get to know each other.

The 15th Legacy Dinner opened on Thursday evening in the Cadet Mess with a tribute to H25917 Major Danny McLeod – WWII tank commander, hockey player, coach and RMC’s first Director of Athletics. Several years ago a group of Ex-Cadets, led by the Class of ’71 and the RMC Foundation, set up an Athletic Endowment Fund and named it after him. The four Chasse-Galerie canoe trips from 2000-2011 have raised over a quarter of a million dollars for this fund and varsity sports. “The Major” has been so pleased with this venture that he commissioned a painting by 5723 Anthony Tucker showing the arrival of the voyageur canoe at the Memorial Arch. This painting was unveiled at the reception before the Legacy Dinner by Sheila McLeod, on Danny’s behalf, and presented to the Commandant, 14835 BGen Eric Tremblay. In addition, the Class of ’63, through Tony Tucker, presented two canvas prints to Cadet Wing Commander 25856 Brendan Clark to be hung in the Cadet Mess and Dining Hall. Tony intends to donate 15% to the Foundation from the sale of Chasse-Galerie prints.

Before the assembled guests moved from the Cadet Mess to the New Gym, Silvia Pecota unveiled two military related paintings for presentation to the Foundation.

The New Gym had been transformed into a banquet hall. After the guests had been seated and the head table piped in, 11386 Tony MacDougall presented a cheque for $10,000 from the Ottawa Branch to 9660 Cameron Diggon, President of the RMC Foundation. Cameron noted that the Ottawa Branch, through its annual golf tournament, has been a consistent supporter of the Foundation for many years.

Following the national anthem and introduction of the head table, 10191 Timothy Wilkin announced that Colonel André Gauthier has donated 67 military sculptures to the College and that the Class of ’74 has donated the display cabinets. Many of these lively, well-crafted figures in military poses were on view in the hallway. It is the intention of the class “to educate Cadets in the spirit of the military through the medium of art.”

Entertainment during the dinner was provided by the RMC Pipes, Drums and Dancers, who received a standing ovation for their performance, and by a band composed of Cadets, staff and Ex-Cadets They played background music and 26 military marches. Members of each unit stood up spontaneously, with some, particularly a winged Mercury on the tabletop, being quite creative in their displays of loyalty.

H7543 Senator Joseph Day, on behalf of the Governor-General and assisted by 12192 Lt. General Tom Lawson (soon to be CDS), presented the Queen’s Diamond Jubilee Medal to 9660 Cameron Diggon for his exemplary and long-time service on behalf of the RMC Club Foundation. Earlier in the evening, Senator Day had presented the same medal to 8788 Geoff Bennett for his Chasse-Galerie canoe trip initiative to raise money for sports at RMC. The following day, Senator Day presented the Jubilee medal to H25197 Major Danny McLeod at his Kingston home in honour of his many years of service to RMCC, to hockey and to Canada.

After toasts to the Queen, the Colleges and fallen comrades, Cameron Diggon thanked the many donors and contributors to the RMC Foundation including Canso Investments. They not only sponsored the dinner and the Rugby Team table but have also ably managed the Foundation investment portfolio. Donations to the Foundation last year totalled $1.3 million, with special mention to long-time donor 6604 Jim Carruthers and 7076 John van Haastrecht. Cameron wished John a speedy recovery to full health and reminded the audience of his record-breaking donation in 2011.

A total of $575,000 will be spent this year on Cadet travel to such venues as the Nijmegen March and the Petawawa Ironman, on heritage projects, on new sports facilities, on teaching and on research. Cameron made special mention of the senior Ex-Cadet at the dinner, H2692 BGen Mike Webber. Two other Old Brigade Adjutants were also present – 3918 Al Roberts and the incumbent 5611 Gerry Stowe.

17192 Sylvain Leblanc once again displayed his usual poise, presence and kept everything on time as Master of Ceremonies. The chefs, waiters and the boisterous clean-up crew received a standing ovation for their efforts. The management team from the Foundation also deserves kudos for executing a first class black tie event.

The evening was a fine occasion in which to honour donors and for Cadets and Ex-Cadets to mingle in a convivial social setting. 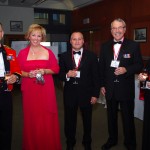 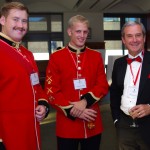 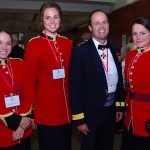 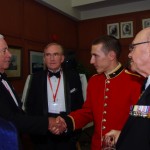 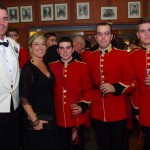 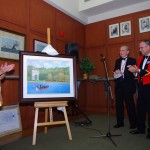 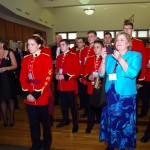 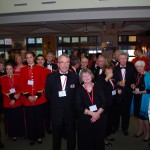 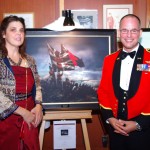 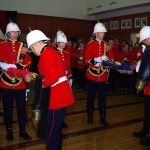 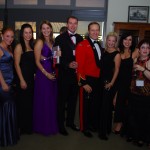 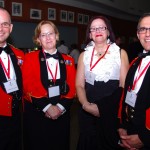 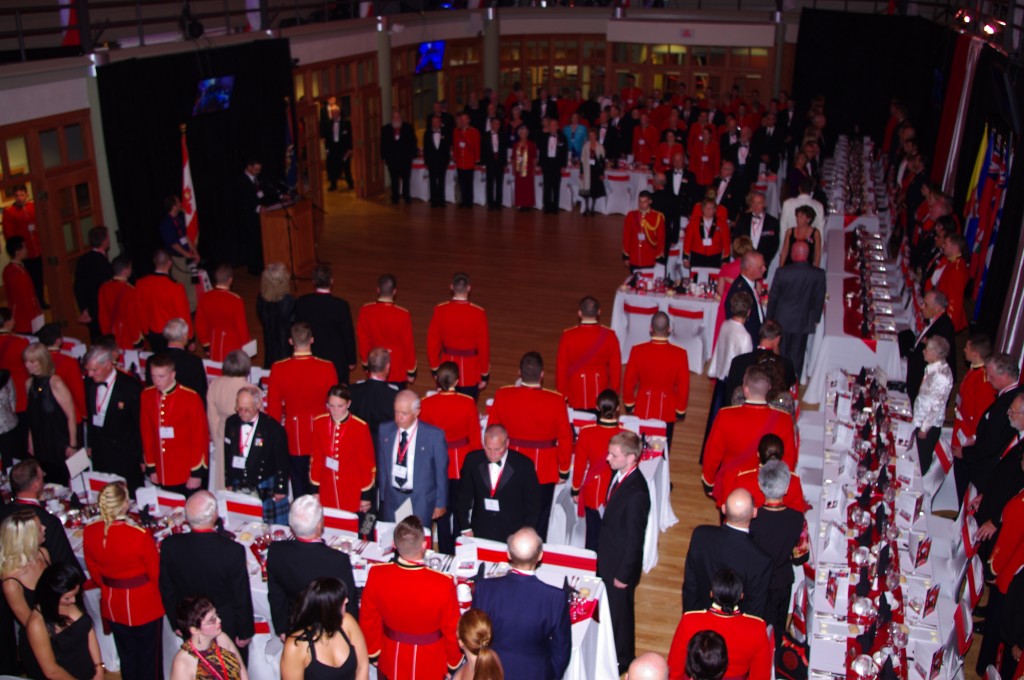