e-veritas: How did you come to study at RMC? Any highlights?

4106 Dr. Peter Meincke (RMC 1958): I was born in Winnipeg Manitoba in 1936. While attending Runnymede Collegiate in Toronto, I was a member of the Air Force Reserve. Although I had a scholarship to U of T, I chose RMC. While serving as Cadet Wing Commander, I took charge of parades and met regularly with Commandant 2184 Rear-Admiral Desmond Piers (RMC 1930). A highlight was having Donna, a girl I met in highschool, come down from Toronto for the RMC balls. We married in 1958, after I graduated with the sword of honour from the RMC. Since RMC was not yet degree granting, I spent a further year at Queens to obtain a BSc in Engineering Physics. I was awarded an Hon D.Sc. from the RMC in 2006.

e-veritas: When were you on RMC staff – start & finish? What did you mainly teach?

4106 Dr. Peter Meincke (RMC 1958): While serving in the telecommunications branch of the Royal Canadian Air Force, I taught undergraduate physics courses and labs at RMC from 1962 to 65.

e-veritas: What were your positions, other than at RMC

4106 Dr. Peter Meincke (RMC 1958): While serving in the RCAF, I taught basic theory for telecommunications at RCAF Station Clinton (1958-59). During the second summer as Officer in charge of theory training, I developed extensive lesson plans with reference material for the courses. I spent two years as a member of the Technical Staff at Bell Telephone Laboratories in Murray Hill N.J. from 1965-6. I taught physics as Assistant Professor (1967-8) and Associate Dean for Science (1969-72) at the Erindale Campus of the University of Toronto in Mississauga. My interest in the computer communication revolution led to an interdisciplinary course called Communications, a major project in computer assisted learning. I was appointed as vice-provost of the University of Toronto, from 1972-78, with responsibility for the professional faculties and all the information resources including libraries, academic and administrative computing and the instructional media. I also taught a graduate course called “The Future of Information Systems and Services” in the Faculty of Library Science. I served as President of UPEI (1978-1985).

e-veritas: What did you mainly teach? 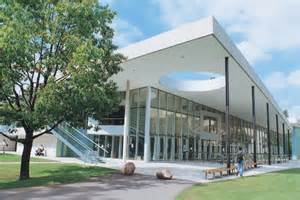 4106 Dr. Peter Meincke (RMC 1958): I taught undergraduate physics particularly first year at Erindale College, University of Toronto Mississauga Campus. I taught graduate courses at St. George campus including a course on superconductivity and superfluidity. I developed a 2nd year multidisciplinary undergraduate course called Communications at Erindale College which was originally taught by a team from Biology, Psychology Sociology and Physics. Eventually, I taught it myself with guest lecturers. I also gave the course at Scarborough College and developed a much more advanced version called The Future of Information Systems and Services as a graduate course in the Faculty of Library Science.

e-veritas: Where (else) did you go to school (university)?

4106 Dr. Peter Meincke (RMC 1958): In 1978 I accepted an appointment as President of The University of Prince Edward Island (UPEI) because of a deep interest in the role of technology in society and the question of the right size. I helped establish the Island Web Consortium and The Institute of Island Studies, a research, education and public policy institute based at the University of Prince Edward Island, which focuses on the culture, environment and economy of small islands. www.upei.ca/~iis/index.htm I was also the chairman of the Board of IMAPRO Corporation, Chairman of the National Library Advisory Board and a member of the Canadian Environmental Council, founding member and chair of the Group of 78, Consultant to the UN on the establishment of the Small Island Developing States Network, to mention a few. 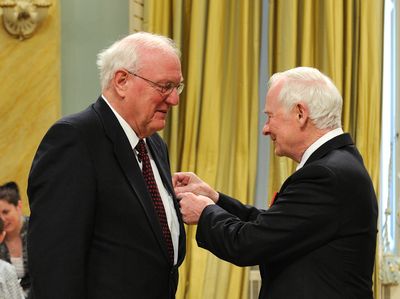 I recently completed a 3 year term as president of the Ottawa branch of the Royal Commonwealth Society, a non-profit organization dedicated to promoting the Commonwealth and its values, and to celebrating its diversity. I am currently helping to organize RCS events including the fundraising commonwealth dinner. rcs-ottawa.ca/. I received the Queen’s Jubilee Medal from the Governor General.

I am an advisor and a former member of the board of the Canadian Pugwash Group, whose mandate is Education on global security, carried out by sponsoring meetings, workshops and roundtables to foster informed discussion of experts, for the purpose of providing information which can be useful in the formation of government policy. www.pugwashgroup.ca