This article is the second in a series aimed at introducing the members of this semester’s Top 4. 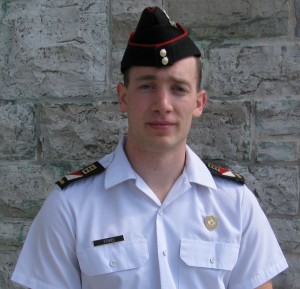 This semester’s DCWC knows how to lead by example: Matt Stokes, a 22 year old pilot in training, is perhaps best known for topping the Cadet Wing’s Physical Performance Test last spring with a score of 497. One will quickly realize, however, that this young man is well accomplished in other RMC Components as well.

Stokes is completing an Honours Chemistry degree with a minor in Life Sciences, and he plans to pursue post graduate study in the Medical field. He is also a two-time member of the Sandhurst team, and he intends to add one more championship to RMC’s total before he graduates next spring. Matt brings several leadership experiences to the Top 4, including stints as a Deputy Flight Leader for FYOP, Squadron Sports Officer, and Second Year Class Senior. He also lived in Dubai for the four years prior to arriving at RMC.

The DCWC’s focus for the semester involves maintaining a high level of morale and physical fitness. He considers this a crucial part of the RMC difference. Further, he would like to better expose RMC to the Canadian public by highlighting the immense level of professionalism, energy, talent, and accomplishments that have been developed within the institution. Fresh from a trip representing RMC in Mexico, Stokes will be quick to continue implementing his ideas among the Top 4 throughout the weeks to come. 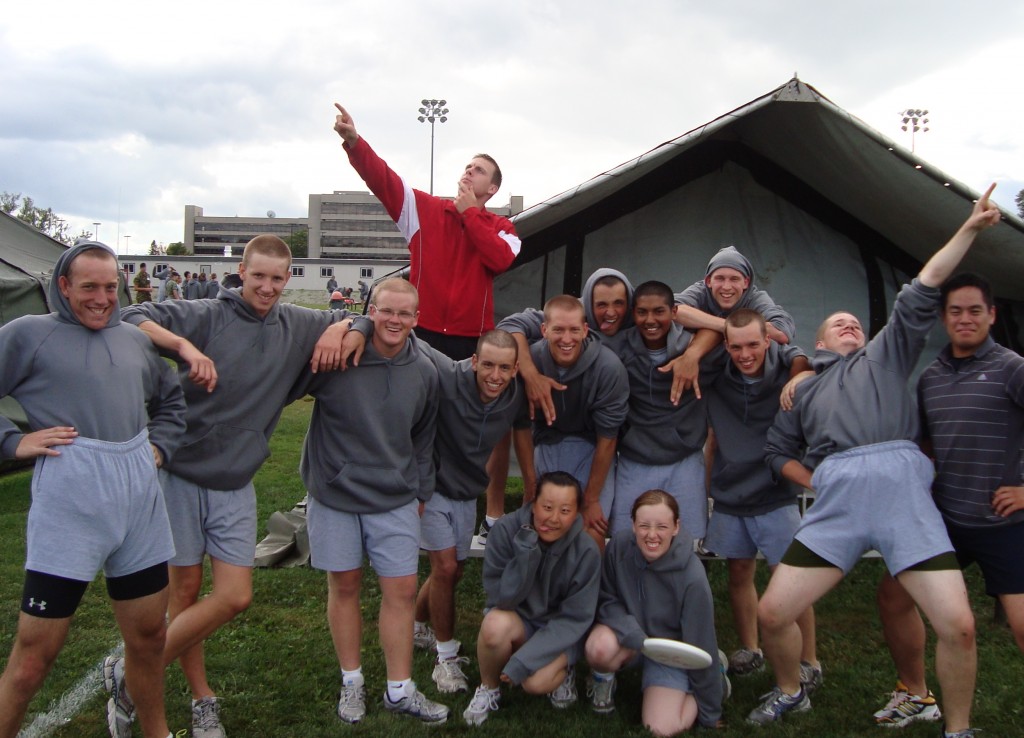 HEARTFELT ARTICLE FROM A “ROOK” IN ROMÉO FLIGHT (6 SQUADRON):

Forget your own pleasures. Find your own potential. Forget your own pain. FYOP. These acronyms are some of the few that describe RMC’s First Year Orientation Program. 5 weeks of what some cadets are dreading and calling a living hell, and of what some others are cherishing and embracing. Personally, I believe FYOP is everything mentioned above.

During my first two weeks at RMC I took it for granted. My flight mates and I were living relatively stress-free and frivolous lives. But on the first day of FYOP we were caught off guard: 2 minutes to change from PT gear into combats. 5 minutes to ready up a room for inspection. The length of one song to wake up, make your bed, shave, go to the bathroom, get changed into combats, AND have the rest of the room ready for inspection in the morning. It wasn’t until we were pushed to our very limits under such intense pressure that the rest of my flight mates and I discovered that there was something else within us. Something beyond the pampered and worry-free lives we used to lead. FYOP is truly morphing and shaping us. We are leaving a normal, ordinary life behind; the journey to becoming dedicated, fierce, and responsible Canadian Soldiers began with FYOP and for many of us, that journey has no end.

This week of FYOP was full of surprises. First years’ day started with 0545 reveille where they quickly got ready for their morning PT at 0600. After rigorous PT session, first years marched into the cadet mess for breakfast and were dismissed for school. Although school may have granted a peaceful atmosphere, they were always being monitored by the wing as they were to march everywhere in campus and pay respect to seniors.

After five days of hard work, first years found themselves on parade square on Saturday morning practicing drills for next week’s drill competition. In addition to the hard work, drill practice was followed by five hours of obstacle course practice. With only four obstacles available, thirteen flights were divided into four teams (Alpha, Bravo, Charlie, and Delta) and rotated from one obstacle to another every hour. There were a great deal of energy found at every station, as first years were busy cheering their peers. First years demonstrated teamwork and communication skills as they struggled to overcome hardships imposed by the obstacle. Through practice, strategies started to develop instantaneously and soon or later, first years had no problem with the obstacle.

With FYOP already half over, first years must prepare themselves for the upcoming DCdt’s Challenge where they will be competing against one another in drill and mini obstacle course competition. The DCdt’s challenge will ultimately prepare first years of the reunion weekend, where they will be required to demonstrate all the valuable skills and knowledge learned from FYOP.