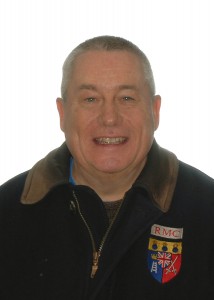 For e-Veritas readers looking for some interesting reading to put under the Christmas tree, following is a list of my “Top 15” picks. The books are not necessarily presented in any particular order suggesting their relative merit; each in its own right is outstanding. I have read every single one of these books at one time or another over the years, and have reviewed several for various print editions of Veritas. I can recommend all of them as offering interesting and informative reading about various aspects of leadership. Note that apart from the importance of the messages they convey, the key criteria for being included on this list is that all of the books I have cited were written by guys who have “been there.”

All of the books listed below are available to be ordered on line through Chapters www.chapters.ca, which, of course, was founded by our very own No. 11721 Larry Stevenson. Ex-Cadets will enjoy any or all of these, but note that they will also be of particularly significant  educational value to any “peaceniks” or “war resistors” you may have on your Christmas list !

I wish Ex-Cadets and their families a safe and happy holiday season, and all the best for 2015 ! 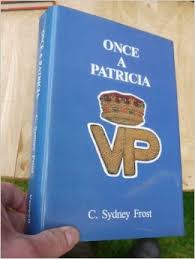 The classic Canadian novel of infantry combat in the Second World War, based in large part on the author’s own experiences in Italy, and on the true life story of the events behind the execution of Private Harold Pringle. Winner of the Governor General’s award for fiction in 1958.

The memoirs of No. 2761 Charles Sydney Frost, discussing his experiences as a member of the “Last War Class” that entered RMC in 1940, and his subsequent wartime service in Italy and Northwest Europe. The author served with Colin MacDougall in the PPCLI in Italy, and the two were very close friends.

First published in 1978, a graphic and explosive novel detailing the realities infantry combat in Vietnam. Written by James Webb, a highly decorated Vietnam veteran, and based on his own personal experiences commanding a Marine rifle platoon in Vietnam in 1969-70. Webb later served as Secretary of the Navy under Ronald Reagan, and recently completed a term as U.S. Senator from Virginia. 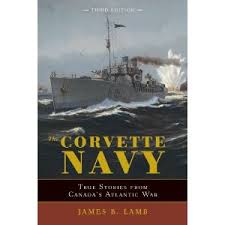 Set in 1968 against the backdrop of the Vietnam War, this novel tells the story of a different kind of war: the psychological struggle between two Midshipman at the U.S. Naval Academy. The principal actors are a tough, gung-ho senior who is soon to join the Marine Corps in Vietnam, and an academically brilliant but timid recruit that the senior hopes to transform into an officer. Not even my own seniors could have devised some of the “training methods” A Sense of Honor describes.  The book was banned from the Naval Academy’s bookstore, which must tell us something about the accuracy of the stories it recounts !

The story of Pat Conroy’s experiences as a member of the 1966-67 Bulldogs basketball team fielded by the Citadel, the storied military college of Charleston, South Carolina. My Losing Season chronicles the author’s struggles as a young man coming of age in a bastion of conservative Southern values surrounded by the turmoil that rocked America in the mid-1960’s. Among the Citadel’s noteworthy claims to fame is the fact that the first shots of the Civil War were fired by an earlier generation of cadets in January 1861. Much like Gavrilo Princip in 1914, little did they realize what they were in the process of starting.

A magnificent salute to the officers and men of the Royal Canadian Navy Volunteer Reserve, as told by one who sailed with them on convoy duty during the Second World War. Highlights the essential contributions that Canada’s sailors made to the eventual victory of the Allied cause. Also discusses the rapid wartime expansion of the RCN into what eventually became the world’s fourth-largest navy afloat.

Tells the tale of the author’s odyssey from ROTC cadet in New York City in the 1950’s, through a cold war in Germany and later a hot one in Vietnam, eventually culminating in his ascent to the top job in the U.S. military at the time of the first Gulf War. Of particular note are the leadership lessons the author learned from his experiences serving under General Hank “Gunfighter” Emerson in Korea, in the difficult years that immediately followed the end of the Vietnam War.

The story of the miraculous transformation of the 4th Battalion, 39th Infantry, of which the author assumed command in Vietnam in 1969. Widely written off as being demoralized and ill-disciplined, under Hackworth’s leadership the 4/39th rapidly evolved into one of the U.S. Army’s most aggressive and effective combat units. In his valiant and ultimately successful struggle to turn the 4/39th’s fortunes around, at times Hackworth had to spend as much time and effort fighting the system and his own superiors as he did the Viet Cong.

Seeking challenge and adventure, in 2004 a young Canadian reservist from B.C. crosses the Atlantic to enlist in Britain’s storied Royal Marines. After earning his coveted “Green Lid”, Olafson went on to serve two combat tours in Afghanistan. The book is an excellent recounting of the rigors of the Royal Marines’ legendary Commando Course, and offers a unique glimpse into the culture of this small but remarkably distinguished branch of the service. 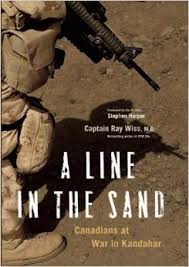 After serving as a Canadian Forces infantry officer in the early 1980’s, Ray Wiss took a dramatic turn in his career by enrolling in medical school at McMaster University. Eventually he found himself back in his hometown of Sudbury, where he established himself as a successful emergency room physician. When Canada went to war in Afghanistan Wiss stepped up to the plate once again, this time volunteering for service as a medical officer. A Line in the Sand tells the story of his second tour in that country, where stationed at a Forward Operating Base he soldiered alongside other CF personnel fighting the Taliban.

Seven days in the Afghanistan war, as seen through the eyes of a young reservist from Calgary. Originally trained as a signaller, soon after his deployment Ryan Flavelle soon proved that he could fight just as well as the most hardcore infanteer. His book serves as an impressive testimonial to the value of the contributions made by reservists to the Afghan mission.

A superb analysis of the art of leadership, using the story of Sir Ernest Shackelton’s ill-fated 1914 Antarctic expedition as a backdrop. The author, a Naval Academy graduate and Marine Vietnam veteran who later became a professor of management at Yale University, draws heavily not only from Shackleton’s story, but also from his own personal experiences and those of others whose journeys have taken them “to the edge”.  The book distils a set of leadership lessons that are timeless in their value, and that will be of great benefit to both novice and experienced leaders alike. 13. Faith of My Fathers, by John McCain

The story of one man’s odyssey from wayward Midshipman in the Draconian environment of the U.S. Naval Academy of the 1950’s to POW camp survivor and bona fide war hero. In many ways a classic illustration of the old maxim “Beware what you wish for, for you may get it.” The same guy who graduated fifth from the bottom of his class in 1958 would half a century later become a leading contender for his nation’s highest office.

14. The Nightingale’s Song, by Robert Timberg

My initial reaction upon reading this was that it was one of the most brilliant books ever written in the history of the English language. Tells the story of five Naval Academy graduates whose lives were irrevocably changed by the Vietnam War. Take the names off the protagonists, and we will all see guys who we knew in real life.

15. I Heard My Country Calling, by James Webb

The only one of these books that I have not yet read. But knowing James Webb, I know it is going to be good. This one is on my list for the Christmas holidays.