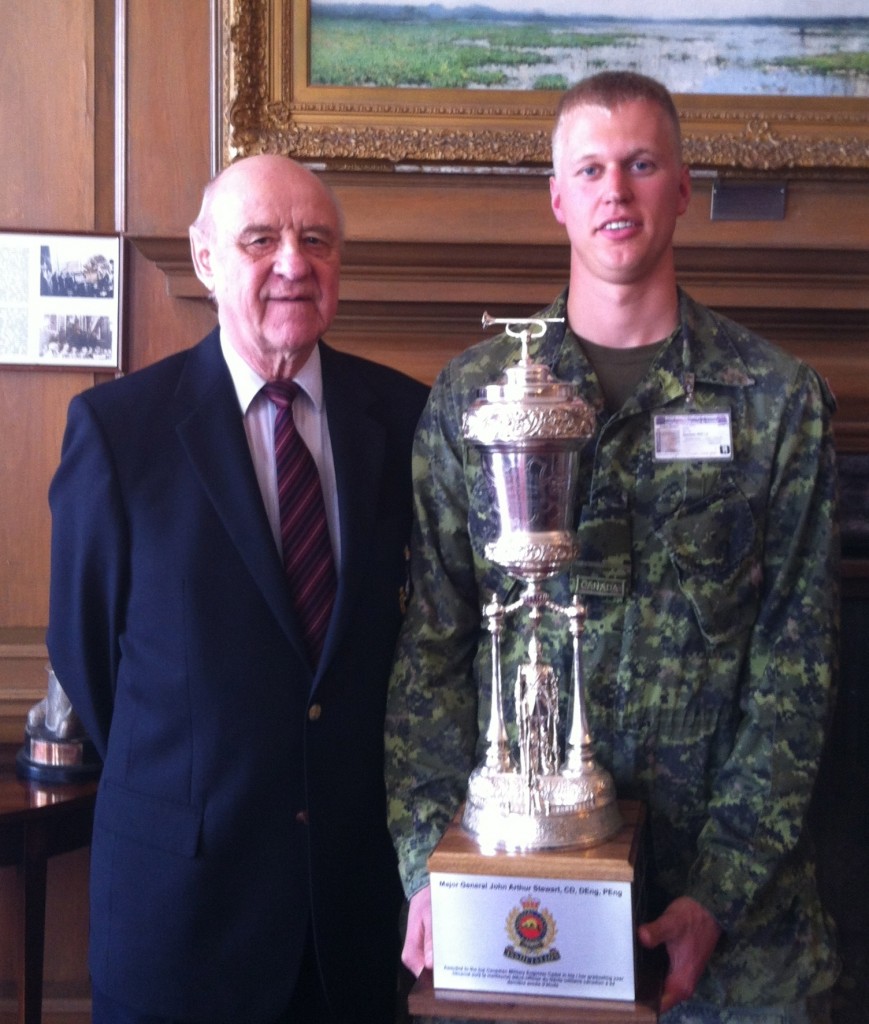 OCdt 25285 Christiaan Alexander Bouwman is the 2012 recipient of The Major General John Arthur Stewart Trophy by MGen (Ret) JA Stewart, D Eng, P Eng, CD.  The award was presented at a luncheon on 4 May held at the Senior Staff Mess in the presence of he Commandant, BGen Eric Tremblay , Dr Sokolsky, the RMCC Principal, Dr John A. Stewart , the Vice Principal (and son of MGen Stewart) and all the engineer cadets from 1st to 4th year.  Colonel (ret) Dave Carney, Executive director of the CMEA, and Colonel (Ret) John Lesperance VP CMEA, represented the CME.

Summary of the Award

The trophy is awarded to the top Military Engineer cadet in his graduating year whose occupation classification is Engineer (MOC 24) or Construction Engineer (MOC 46).

The MGen JA Stewart award is based on high standards of proficiency in each of the four components of the RMCC. The components represent excellence in academic studies, athletic capability, military performance and bilingualism.

It is named after 3173 MGen John Arthur Stewart, a past commandant of RMC, Chief of Construction and Properties (now ADM (IE), and Colonel Commandant of the CME. He has received the Honorary Doctorate of Engineering from RMCC and is a Professional Engineer.

The Trophy is a recognised official award in the RMCC Calendar. It is recommended by the Prizes and Award Committee and approved by faculty council.

Background of the Trophy

This trophy was originally presented to the winners of an Engineer Training Company competition in 1944 by Captain Coulson Nicholas Mitchell, VD (Volunteer Decoration, predecessor of the Canadian Forces Decoration).  Captain Mitchell served with the “Little Black Devils” or the Royal Winnipeg Rifles from 1885 to 1919.  He was the father of Lieutenant Colonel Coulson Norman Mitchell, VC, MC.  Lt Col Mitchell was a former Commandant of RCSME in Camp Chilliwack and won his Victoria Cross when a member of the First Tunneling Company, RCE, for action in 1918 at Canal de l’Escaut, north east of Cambrai, France.  He had previously won the Military Cross for action in 1917 with the same unit.

In 1974 the trophy was mounted on a wood base and renamed the CFSME Cadet Proficiency Award.  In 1975 it was accessioned into the CME Museum collection, but continued to serve in active service until 1979 after four presentations.  The trophy will be on display at RMCC although it remains on loan from the permanent collection of the Canadian Military Engineers Museum in Gagetown, NB.

In 2012 the trophy will begin its new life as the MGen JA Stewart trophy presented annually to the top Canadian Military Engineer cadet at RMCC in his or her final year.

The Trophy will remain at RMCC. A separate plaque is provided to the winner as a memento of the award. 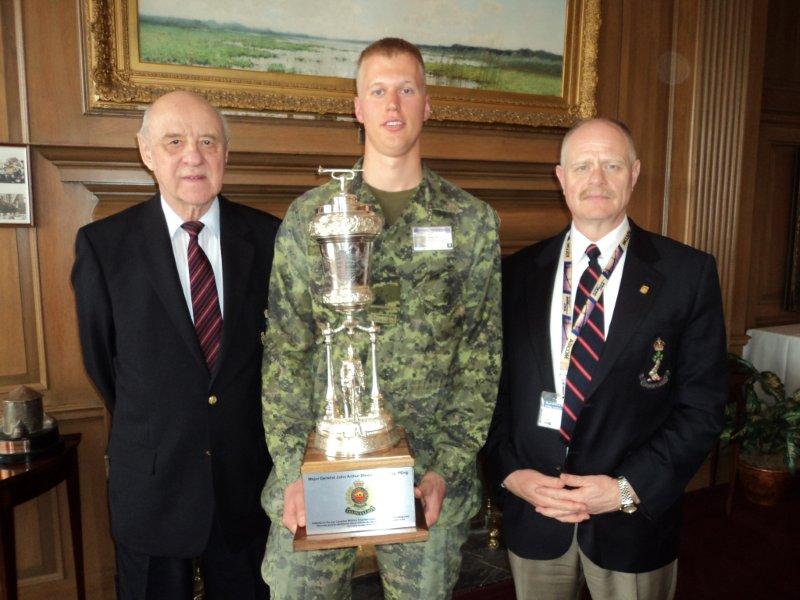 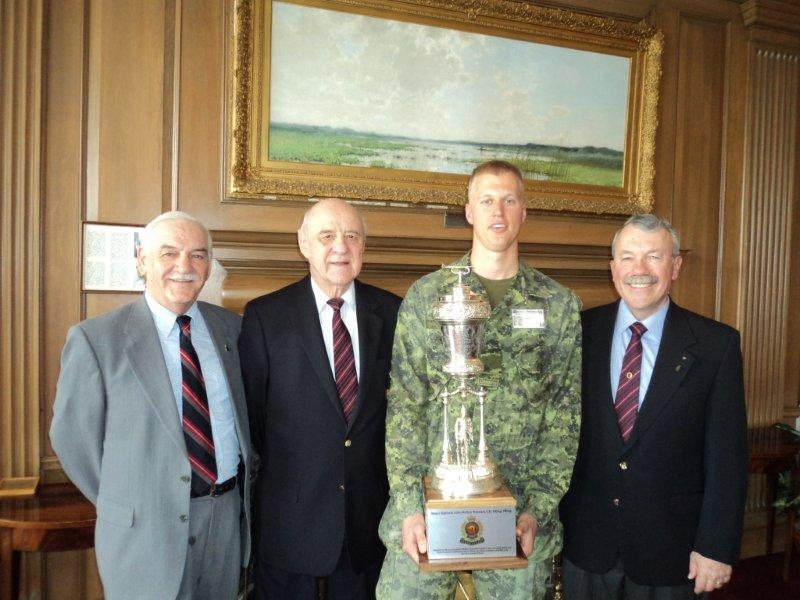