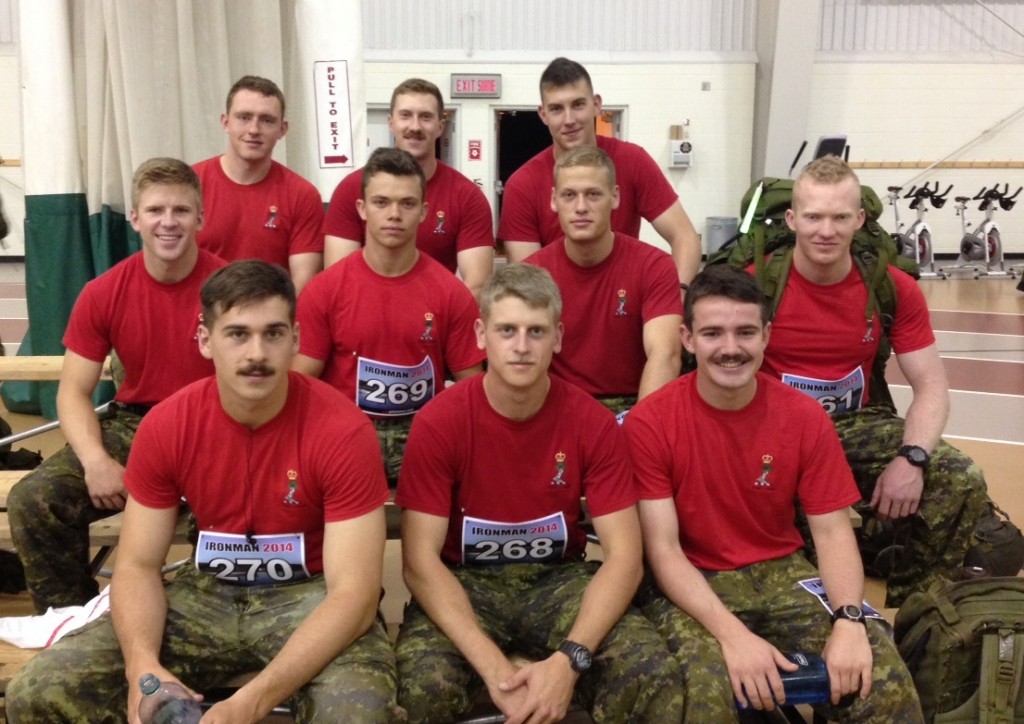 Ten very fit and brave RMCC cadets took the challenge of a gut check by competing at the 2014 Petawawa Ironman.

The 50 km 2 CMBG Ironman Competition was held at Garrison Petawawa last Wednesday morning – 10 Sep. Participants (warriors) began with a 32 km hike with 40-lb rucksack followed by a 4 km portage with a canoe and rucksack, an 8 km paddle on the Ottawa River and a final 6 km march back to the finish line.

CFB Petawawa has been hosting this event for over 30 years.

This year 219 competitors – including officers, other ranks and officer cadets from Petawawa, Kingston and beyond put themselves to the test. Five RMCC cadets were amongst the first 25 to finish.

In the team event category which were ranked by the average time for each team’s top seven competitors; RMCC finished a very impressive fourth out of the 12 teams competing. A very proud, C.O. ( DCdt), LCol Mark Popov added:   “All our competitors finished the race, and all came in the top 100 finishers of more than 200.”

These 10 officer cadets, in fact , all of the CAF competitors who competed demonstrated that they are physically tough and mentally tough to complete such an extreme endurance race.

Very well done to all involved. 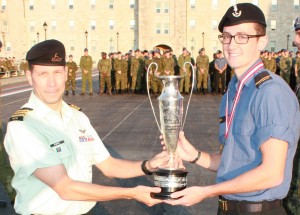 On Wednesday 10 September, the Cadet Wing gathered on the Parade Square to recognize the top runners in the 2014 Harrier Race. The ceremony was led by CWSRO OCdt Pym and medals were presented by DCdts.

This year’s Harrier Race winners were 7 Squadron with an average time of 0:21:59! Congratulations to the entire Cadet Wing for a successful annual Harrier Race.