From Pillbox to this… 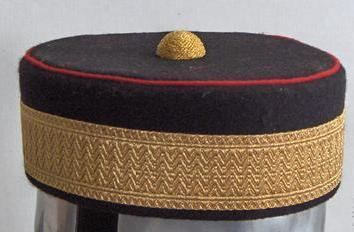 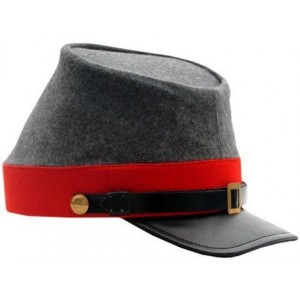 Pillboxes off to Parks Canada

E-Veritas has become aware that both Royal Military College of Canada and Royal Military College St Jean will hand-over their entire supply of pillboxes currently in use by both Cadet Wings to Parks Canada. The immediate result will be no pill boxes on any ceremonial parade, including graduation, for the foreseeable future.

Parks Canada will distribute over 1500 pillboxes to a number of communities across the country in conjunction with celebrations associated with the Bicentennial of the War of 1812. The commencement date for these celebrations is scheduled for the long weekend in May – just over six weeks away.

The pillbox has been pretty well a staple part of the cadet uniform since RMC opened in 1876. There was a brief period during World War 1 when a flat hat was introduced. This hat was blue with a red band and very similar to those worn in the U.S. civil war. However, it was not long before the new hat was discarded and the pillbox reissued.

Our sources in Ottawa have indicated that this same type of flat hat, gray (not blue) with a red band will be used by cadets for the 2012 graduation parade and likely for the next few years. The first shipment is due to arrive at both locations within 14 days.

The majority of the Ex cadets we have contacted are not very impressed with this decision. Some of the initial reaction:

“The pillbox represents the traditions of the colleges and everything they stand for.”

“Take away the pillbox and you remove the most vital part of the cadet uniform.”

“Personally, I feel that the pillbox is the only headdress suitable for cadets in scarlets.”

Not all the Ex cadet feedback has been negative:

“I believe that the pillbox, although suitable in bygone days, has no place whatsoever in the makeup of the college uniform.”

The Chain of Command from both colleges were unavailable for comment at press time.

We would appreciate hearing your reaction:

Is supplying Parks Canada with all available pillboxes from both college a good decision? If yes, why? If no, why not? (Leave us a reply.)

Thanks everyone for being such good sports. e-Veritas readers are the greatest!

Following is a small sample of some of the e-mails we received.We omitted the names of the sender to save some red faces.

I know better than to fall for your April fools day jokes after 5 years!!!!!!!

OMG THIS IS RIDICULOUS WHAT IMBECILE THOUGHT THIS UP.

Nice one Bill. Had me for a second then I saw the date. See you in a few hours.

Omg. You had me there for a moment. Furious, then laughing out loud.

Happy April 1st to you too!

April Fools! You definitely had me raging for a moment before I realized the date.

I liked the one last year (a few years ago?) when they wrote the article about the parade square being turned into a parking lot.

Man those responses were great.

You always stir it up a bit on April Fool’s Day. Looks like you caught a bunch of people again! Well done, my friend.

Good joke Bill !!!! It rates way up there with other April Fool’s jokes, the most recent local one being the renamming of Barrack St to Barack in 2010. Nice to see the grey weather has not dampened your sense of humour.

I am totally opposed to the change from the traditional RMC Pillbox to the US Confederate Army style cap. Who ever came up with this nightmare? I’m sure it wasn’t an Ex-Cadet.

What an excellent April Fools spoof. It took a minute as I read your write-up to digest the details and then I remembered the date. Well done.

Thanks for the morning smile. Keep up the great work.

Good one, Bill! April fools! All the best,

This is a terrible decision. The Grey Hat does not match the Scarlet Uniform and looks more American than Canadian. Did someone get a bargain on e-Bay?

Bill you didn’t get me this year. Good try.

A few points if I may.

First of all, the new style cap is known as a kepi and has its origin with the French and not the US Army. The US Army of the mid-nineteenth century was patterened after the French and had adopted many forms of their dress.

Secondly, what will Parks be doing with the Pill Boxes? This was certainly not a form of headdress in the British Army or the Canadian miliita during the War of 1812. They did have one style of fatigue cap that was vaguely similar but I cannot fathom what the RMC Pill Box has to do with that conflict. (part one)

Okay, you got me! Once I stop laughing I am going to plot your downfall! (part two)

Good one Bill. Very sneaky. But you didn’t get me this year!

The old folks have short memories from previous years. How many did you get last year?

You had me for about an hour. “D” too. We just stopped laughing.

Brilliant ! Just brilliant … and look at the date! But … but … it’s too bad the story is …. ahem … somewhat doubtful … because it would be wonderful to get rid of those damn pillboxes!

April Fool to you!

is it april already? thanks for the chuckle.

Pretty good one this year Bill. I bet some people fell for it!

Great April Fools joke Bill and Rolande. Keep smiling, it matters for sure

There is a huge US Military influence in Canada – and at RMC. This would not surprise me if it were true!!!

Did the US army not send out the same message last April 1???

And a happy April Fools day to you as well, Bill

Ah yes! April 1 rolls around again! Thank you for this. The first April 1st email quip of the day!