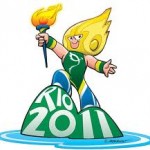 How do you adequately capture an experience of Olympic proportion? Do you list only the stats, give the play-by-play of the bouts and team matches, and state the endless list of technical moves and tactical plays that lead to the ultimate victories and defeats? This would be a good reporting of the basic facts but somehow this seems ineffective, unfulfilling, and fails to capture the reality of what was a once-in-a-lifetime experience like Rio. It is very hard to put into words, the depth and breadth of the human experiences, shared by any team at the 2011 Peace Games. 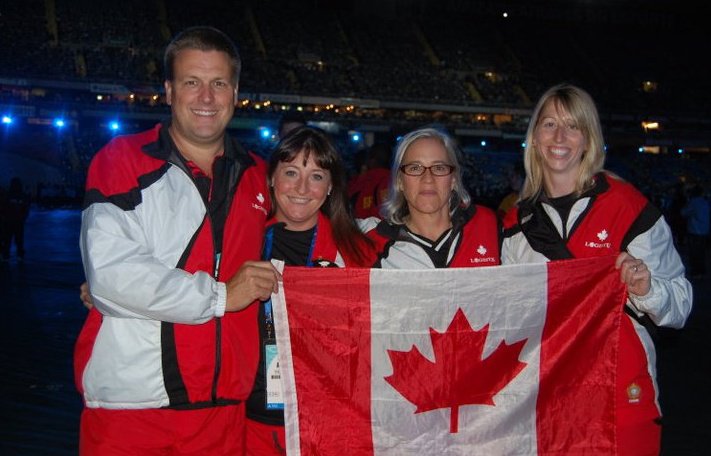 It is, in retrospect, a series of moments strung together to form one unbelievable period-in-time shared by a special few who made up our Canadian team. The moments are a mix of highs and lows, with lots of average mixed in to keep it real, but ultimately what will be remembered, and cherished, are those moments that cause us to reflect back and say to ourselves “remember when….”. This team, our fencing team, was made up of a special group of dedicated, hard working individuals with a shared passion for doing something historic, that had never been done before, with a goal of doing that task very well. On the piste the Canadian fencers fought with courage, pride and solid determination against many of the best Olympic, national team, and military athletes in the world.

The Canadian CISM Fencing Team had never competed at a Military World Games prior to Rio 2011. This was our debut onto the international stage at this games level. Since learning that Brazil would host fencing, and that we had a shot at sending a CF team, the staff and athletes worked diligently over the past months training and preparing for this amazing sport opportunity. While still fulfilling their military duties, which also included deployments, training courses and university degrees, the team members were committed to their mission to prepare for the Military World Games. With four training camps in the past year, the members had the opportunity to build a strong and cohesive team. Our goal was to compete in all three disciplines of foil, epee and sabre in both the men’s and women’s events. When the format changed in May, to include both individual fencing as well as the standard team events, the athletes were undaunted to double their competition time. Fencing in Rio became an endurance challenge with six full days of competition.

On July 20th 2011, the second day of fencing competition, the first Team Canada medal was won by MCpl Jean Lelion (Montreal) in the men’s individual epee event. MCpl Lelion won 5 bouts (1 loss) in his first round of pools defeating many strong opponents. In the subsequent Direct Elimination (DE) rounds he went on to defeat India, China, and Chile. He met his toughest opponent in the semi-finals against professional full-time fencer Ruben Limardo from Venezuela, losing a close bout by a score of 11-9. The result left Lelion with a hard fought bronze medal, while Limardo went on to claim the CISM gold medal. Canadian Forces teammate, Cpl Hugues Boisvert-Simard (Valcartier), had an equally outstanding day of competition with 4 wins and 1 loss in the first round pools. He advanced to the DE round with a bye, won his first two DE matches against Kuwait and Italy, then just missed the medals with a defeat against China, and finished 5th overall in a field of 58 top world-class athletes. Lt Brendan Kilburn (RMC grad 2010) had 3 wins/3 losses in the first round, won his first DE to get out of the top 64, and finished 27th overall in the top 32. In Team action Men’s Epee did very well fighting through their competition until the Bronze medal match, where they were defeated by Poland. The Canadian Men’s Epee team performed very well under pressure and placed 4th out of 16 teams, giving fellow teammates, visiting senior officers, and Team Canada fans lots to cheer about at the Peace Games. This truly was our showcase team for CISM Fencing and inspired our other athletes to fight strong in competition.

In Men’s Foil individual action 2Lt Michael Dubois-Boudazza (RMC grad 2010) and 2Lt Eric Castellani (RMC grad 2011) each won 1 bout in the first round, while III OCdt Tucker Densmore won 3 and lost 3 bouts. Castellani and Dubouis-Boudazza won their first DE matches taking them from the top 64 to the top 32, while Densmore had a bye to the round of 32. All three lost their DE matches in the 32’s but finished overall in the top half of the competitors: Densmore 20th, Castellani 28th, Dubois-Boudazza 29th. In team competition Men’s Foil finished 7th place out of 12 teams.

In men’s sabre our athletes crossed over from their primary weapon to compete for Canada in an alternate weapon, since we were not able to bring our men’s sabre team to Brazil. While this discipline is not their specialty, the athletes all won bouts in the first round but only Lt Kilburn was able to win a DE. He advanced out of the round of 32 but lost 13-15, in an outstanding and heart-stopping match to a Korean (currently ranked #2 in the world) who was the eventual Gold Medallist in men’s sabre. Final standings for Men’s Sabre are Lt Brendan Kilburn (RMC grad 2010) 28th place, 2Lt Castellani 34th, 2Lt Michael Dubois-Boudazza 36th place. In team competition Men’s Sabre was 12th out of 14 teams. 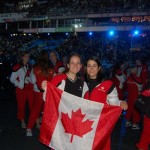 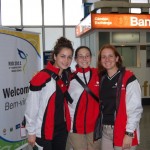 Women’s epee fought hard collectively and finished in 8th place in team competition. Individually they were competitive, but had a tougher time making it out of the 32s, and finished with Lt Jackie Power (RMC 2009) in 18th place, Capt Sarah McRae (RMC 2006) in 19th place, and II OCdt Laura Smith in 22nd place. A highlight moment for women’s epee was when the youngest team member, 20 year old OCdt Smith, was winning 4-2 against Polands’ Piekarska, who is currently ranked #3 in the world cup rankings. Undaunted by the 6’2” opponent, (Smith is 5’3”) the Canadian epeeist went hit for hit with the opponent until tied at 4-4. The winning hit belonged to the Polish fencer, but the sense of victory and accomplishment went to the Canadian for her incredible feat against all odds.

And so, in retrospect those are the stats and facts that sum up the results of the Canadian fencers in Rio; 34 wins in individual pool bouts, 12 wins in direct elimination bouts, and 6 wins in team matches. This is definitely a set of results to be proud of, and an experience not soon forgotten, by the athletes and coaches who lived and breathed every tense moment on the piste. However, for all the members of the team, it will not necessarily be the stats that are remembered, but rather those other special moments that we will recall for years to come.

We arrived, and we were so excited about being there, and what was going to happen…..We were asked for autographs from the little Brazilian children watching us compete…..We went to training with three other countries in that small gym, and then eventually the countries just started to train together with each other, sharing the pistes, training outside…..We made a huge Canada banner out of the red & white banners to hang from our balcony with our flags…..We couldn’t go anywhere without someone wanting a “pin-pin” from Canada…..We got shushed by the television crowd at CISM Club because our card game was more rousing than the soccer game they were watching…..That feeling of ‘wow’ that hit you during the Opening Ceremonies at the Olympic Stadium…..We figured out they turned the water off every afternoon in the village…..we learned to live without hot water…..The Chinese General invited us to come and train in China in the future…..We met other military athletes from around the world and they all seem to know someone in Montreal…..The whole mess hall of 500+ people sang happy birthday to our fencing coach…..They raised the Canadian flag at the medal ceremony, and how proud you felt to see that Canadian flag rising because we had won a medal…..We had our picture taken with our 8 year-old fan Leonardo and his friends, and then the next day he sent a drawing to our team “allez Canada” it said, with a Canadian flag, because he couldn’t be there that day and he wanted to wish us good luck…..We handed out Canada banners and got other countries to cheer for us during matches…..We lost count of how many high fives we had shared in six days of competition…..We had eaten our 27th serving of rice and black beans…..We had no time off for a Team Dinner so we made our own BBQ at the village and had just as much fun…..We realized how many people wanted our Canada jackets, shirts, hats….literally the clothes off of our backs…..We saw how warm and friendly the Brazilian people were and how amazing all the volunteers were to us….. 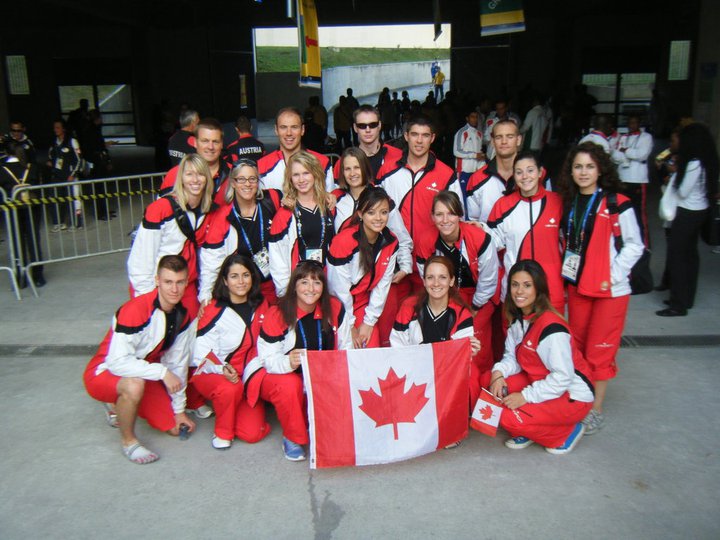 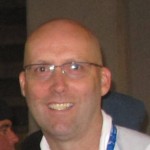 “Men`s Basketball played 5 games vs Trinadad-Tobago, Cyprus, USA, Greece and South Korea. Games were held in 18,000 seat area. Team competed very hard but lost all games to more talented and skilled teams. 2LT Nick Cooke played well scoring 25 pts vs Trinadad-Tobago and battled elbow injury for the rest of the tournament. Overall the experience was great for all, the Brazilian people, volunteers and organizers were warm and friendly making all participants welcomed.”