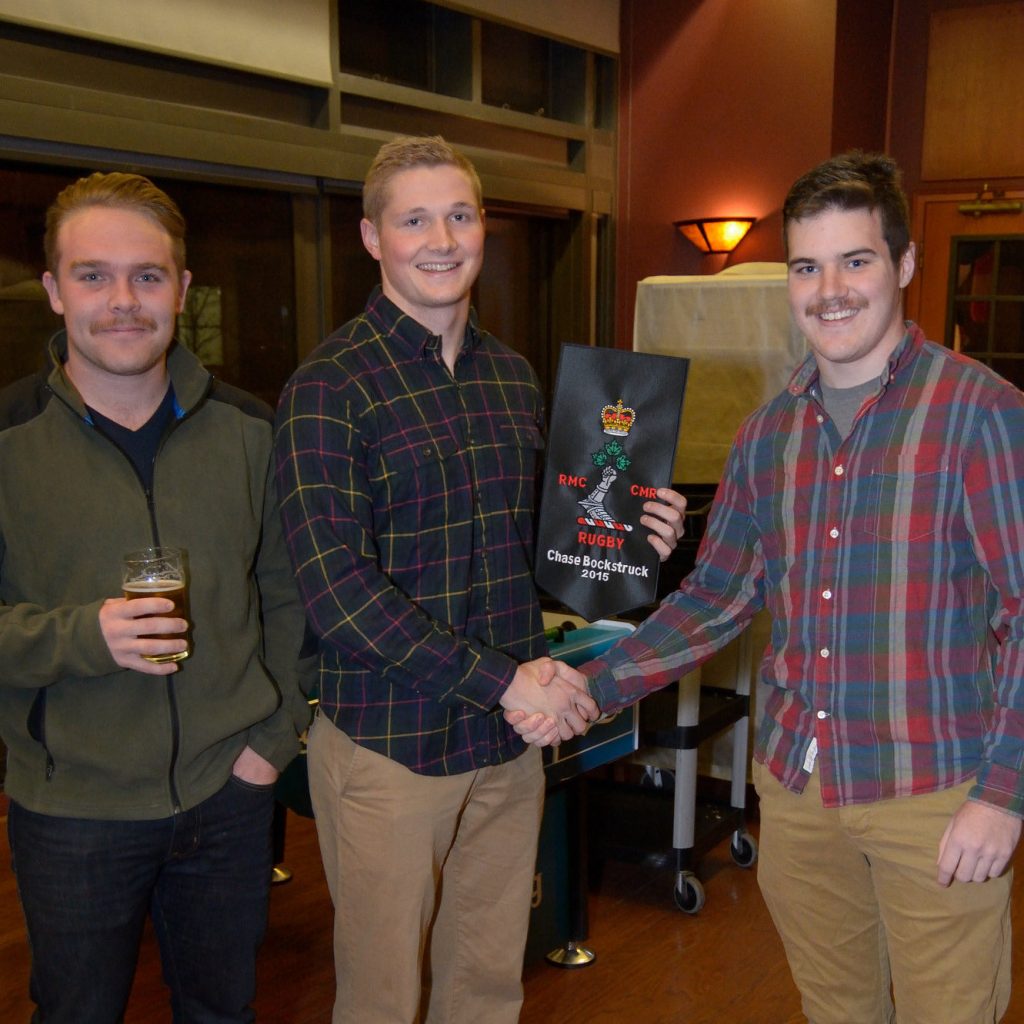 The pace at RMCC keeps all of us occupied without considering extracurricular such as varsity, clubs, and music.

This semester the RMCC Varsity Men’s Rugby Team was joined by OCdt Chase Bockstruck of the United States Airforce Academy.  Chase was valuable member of our team and performed in a leadership role as “the 8 man” on the field, and the life of the party off the field.