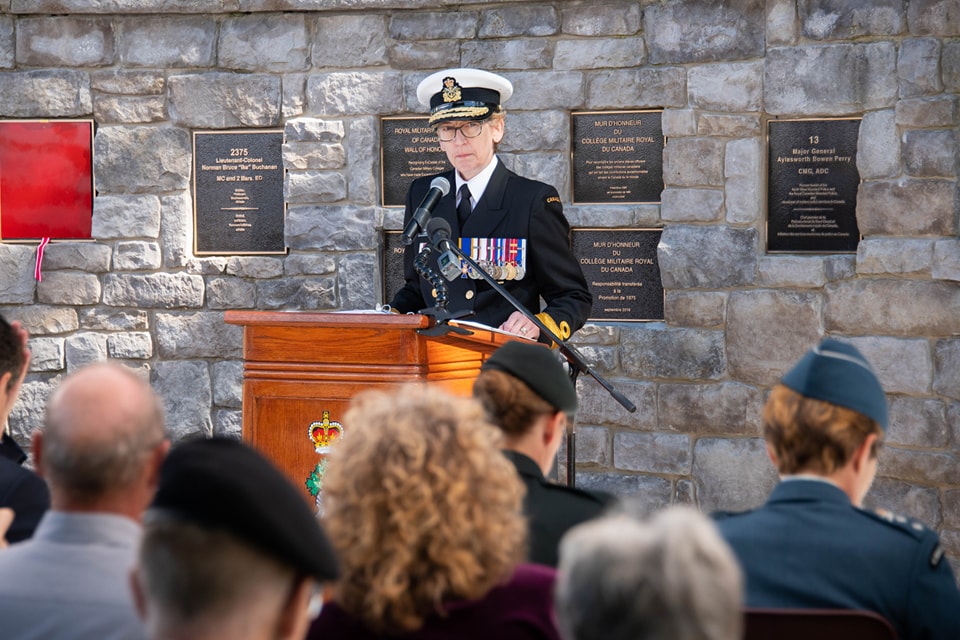 Commodore Kurtz, thank you for this honour. I take special pride in being selected in 2020 along with Colonel Karen Ritchie, the first woman so recognized, and who we remember today. I accept this honour and promise to do my best to encourage and inspire cadets. I take pride in being both a Canadian air force pilot and physician. I am honoured to be the first doctor and member of the Canadian Forces Medical Service named to this Wall. I hope that we can remember and appreciate those of the Royal Canadian Medical Service who serve their patients in peacetime, and in war.

The citation, just read by Officer Cadet Marcotte, identifies two projects: the push-pull effect; and our analysis of the crash of the Space Shuttle Columbia. Many others played important roles, but I wish to acknowledge two. The first is former Canadian defence scientist Patricia Saunders, who was a contributor, and coauthor of the first papers on the push-pull effect, and she is present today. Not present, is the late Royal Air Force Wing Commander Dr. Richard Harding, a scholar and friend, who co-authored our report to NASA, and assisted in the briefings that followed.

So… how did my education at Collège militaire royal de Saint-Jean and Royal Military College influence my career and later achievements? At first, I thought the military college program was just two subjects: drill and class. Drill seemed the most important. It was the first thing we did on day-one, and later, the last thing we did on grad parade. Drill set the tone for how the place worked. It provided the lessons of our life: posture, how we walked, talked, didn’t talk, obeyed, moved, saluted. Drill was on the parade square, but also everywhere else: the sidewalks, hallways, entering offices, dining room, around any flag, even by my bed. Continuously practiced over time, lessons learned at drill gradually formed us into what we were, who we became, how we thought, interacted, and did our jobs. We came to understand the power of endurance, precision, correctness, and punctuality. We were resocialized, that necessarily long and difficult process that transformed us from high school students to young officers capable of leading in war.

The other subject was class, an intellectual refuge that was not too different from what I later experienced at the University of Toronto. Class was where your brain stretched, raced, and occasionally, in my case, fell asleep. All questions were allowed, all opinions heard: if there was time. Because the academic load was heavy, exams rigorous, course failure was always a threat. Constant study while balancing the many other things, led to great challenges. But overcoming these provided relief, fulfilment, pride, and joy.

I pause here, and reach out to the cadets with us. Like many, I felt the stress. I went through periods of darkness, self doubt, loss of motivation, apathy. After trying to deal with it myself, I sought help on two occasions. With counseling, and the support of classmates, I learned the ways forward. There is no shame in this. There are times when the strongest thing you can do is step out, and ask for help.

For me, and some of my friends, flying training came next. The flying was great, but the standards high and unforgiving. A few bad days could end your flying career. The training emphasized a stoic, but flexible and decisive mind-set, and strict economy of words, like drill. The written exams were stiff and formal, like class.

After two flying tours, I began medical school. The hours were long and hard, but I had been here before. Treating the sick sometimes caused great stress, but I had experienced stress before, and learned, with help, how to deal with it. As a trained engineer, I saw the human body in engineering terms. I viewed the cardiovascular system as a pump and tubes. The theory of a “push-pull effect” was, in a sense, straightforward to me. I understood how the body controlled blood flow to the brain, as a doctor; and I understood the physical demands of flying, as a pilot.

My specialty was aerospace medicine, a synthesis of flying and medicine, but I was attracted to the subspecialty of injury analysis, which added engineering. While identifying injury patterns among the crew of the Space Shuttle Columbia, where injury-events occurred at speeds like Mach 15 to 20, and altitudes of 130,000 to 180,000 feet, (historically unprecedented) much depended on understanding the forces present inside the orbiter. This required the use of 3D human models, fairly new then. I first learned about 3D modeling at RMC, while creating contour maps, and I continue to use those skills today.

Through drill and class, and of course much more, RMC gave me the educational range, flexibility, determination, and confidence to think broadly in a way that allowed me to bring knowledge from disparate skillsets to solve a problem. In my case, the skillsets were engineering, flying and medicine. While I may have been average at each of these, it was the intersection of these skills, applied at the right time, when needed, that allowed me to think in ways that were different than others.

I may sound unique. But I’m not. A few years ago, when our class joined the Old Brigade, we asked classmates for short anecdotes of their lives since graduation. Ninety-one responded, a majority of the class. None had been previously asked about their lives after RMC, by anyone. Many had returned to school, some gaining advanced degrees. There were lawyers, engineers, medical doctors, airline pilots, architects, professors, teachers, book authors, Snowbirds, Top Guns, business executives, and public servants at all levels, all with overlapping skill sets. For example, there were lawyers who are also engineers, airline pilots with business degrees, a combat officer who is an architect, a naval officer who is a realtor, an engineer who was a diplomat.

I am like them. And we are no different then other RMC classes. We are what RMC produces, a product not found in other schools.

For example, the people named on this wall, all had overlapping skillsets that were employed at the right time, when needed, in many cases during war. The same is true of the many named on the Memorial Arch, Memorial Staircase, and many present here today. Perhaps, most convincingly, are the astronauts, surely a group needing overlapping skillsets. Five of the fourteen selected Canadian astronauts came from RMC, a school with less then one-tenth of one percent of Canada’s university student population.

Other than my own less-then-scientific study, I know of no research that has considered the career-long contributions of former RMC cadets to Canada, and have been unable to locate such studies. If the advantages of Canada’s financial investment in the military colleges is unclear, clearing it up will require such studies. How else can we know?

While at RMC, I developed an interest in the history of this place. The result is a book, now in press and soon to be released. The title is “Warriors and Warships.” During my research, I learned that there was an Indigenous presence here that spanned thousands of years; that French Canadians built the first dockyard, and worked with the British to defeat an invasion; that women preserved the lives of sick and wounded in hospital; that Newfoundland soldiers fought as marines; that Royal Marines went into combat from the Stone Frigate. And much more. It is important that we understand, all of us who have attended this college, that we are a part of something larger than ourselves, something that grew out of the sacrifices made here, on these grounds, a legacy of Point Frederick.

Finally, what else have I learned in the fifty years since I walked past this spot to our classroom over there, in the stables? The leadership training that I received was not based on a private school model. With all due respect, it was carefully developed with reference to the established military colleges of the time. It was state of the art. In the years since, many changes did occur in the military college system that reflected the changes in social norms, but the pace of change was often slow, too slow. I remain optimistic that changes being called for today will occur, and that Canada, and the Canadian military colleges will emerge stronger.

Thank you again Commodore Kurtz, for this honour, and the opportunity to speak. 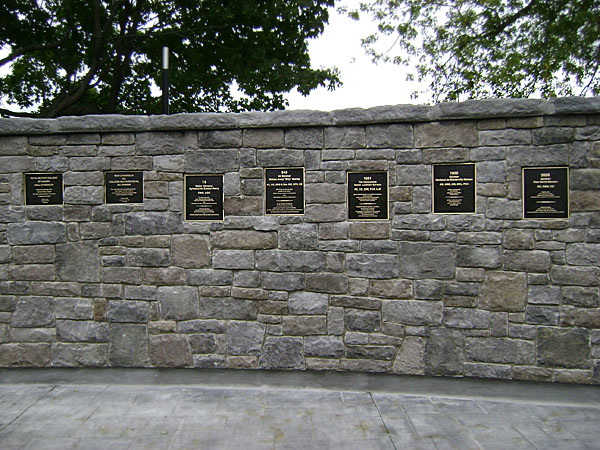