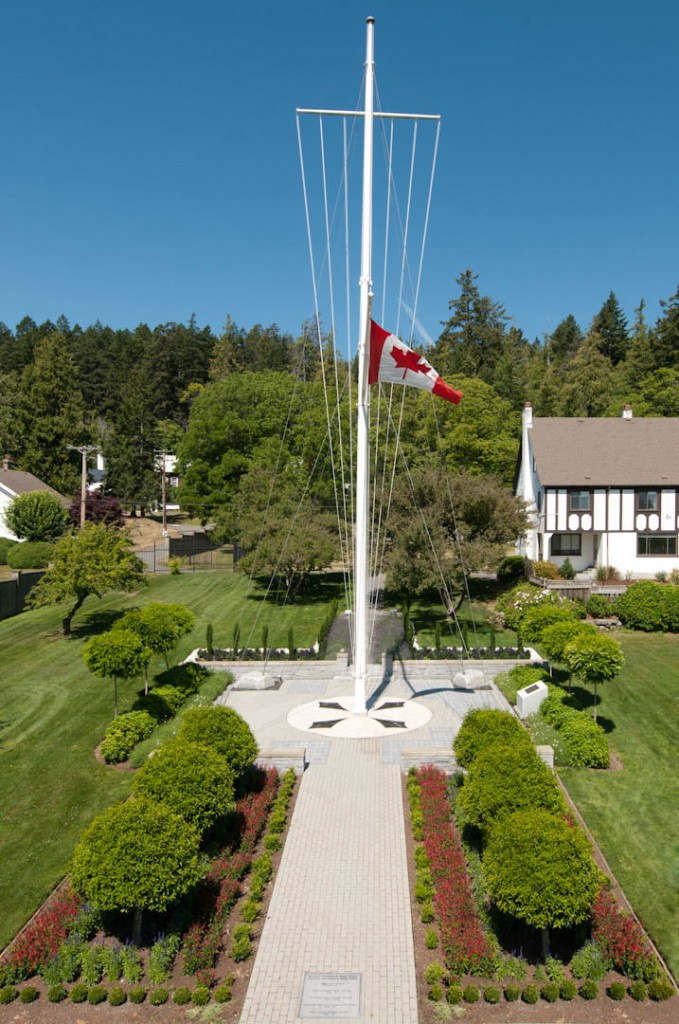 The Paverstone Project was initiated by the Vancouver Island Ex-Cadet Club to create a striking visual reminder of the military heritage of what is now Royal Roads University. With the cooperation of Royal Roads University and the help of Navy craftsmen at CFB Esquimalt, the mast which once stood in front of the Castle was restored and re-erected in a granite walled and paved plaza near the former residence of the military colleges’ Vice Commandants. The plaza is paved with 6×12 granite pavers bearing the identity of anyone, military or civilian, who served at Royal Roads from 1940 to 1995.

The project has been very successful and 820 engraved stones are in place as of 1 May 2014. Donations for each stone are destined for the RRU Military Heritage Fund which, under the direction of a committee of ex-cadets and University staff, implement heritage projects such as the mast installation, the display of college colours, the return of the Mace, the repatriation of Academic Gowns and restoration of other heritage articles. The largest contributor to the Military Heritage Fund has been the Paverstone Project with about half the $200 donation for each stone going to the fund. 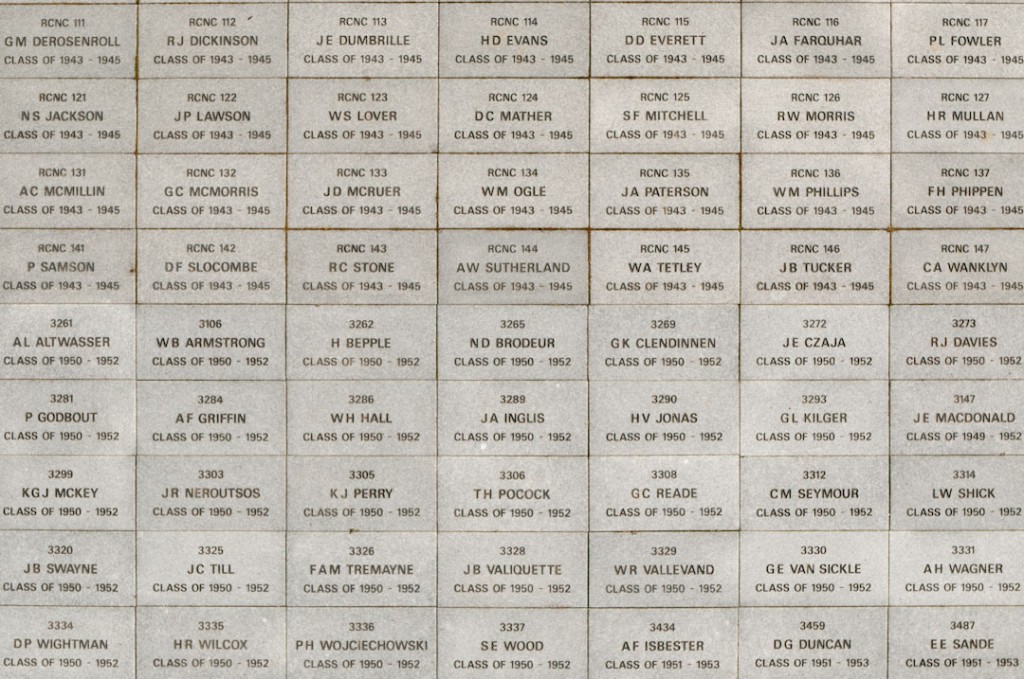 There are a few pavers worthy of special mention but every paver brings a flood of memories of youth and fellowship to those who are fortunate enough to visit the site. We have two former Chiefs of Defence Staff and a former Chief of the Belgian Navy represented as well as a former Lieutenant Governor of Newfoundland and Labrador. We are actively soliciting a third CDS and our first astronaut. Every ex-cadet, however, no matter what his or her ultimate rank or achievements may be, is identified only by college number, initials, name and years at Royal Roads. Former military and civilian staff may use their rank or titles and their years at Royal Roads. We have one individual (soon to be two) who have three pavers, as ex-cadet, staff member and commandant. Pavers for all 20 Commandants, all 6 Directors of Study or Principals and all 21 Vice Commandants are already installed. Two classes, 1945 and 1954 are 100 per cent represented. Regrettably a few classes are not represented at all.

The Vancouver Island Ex-Cadet Club encourages all ex-cadets and former staff, both civilian and military, to consider donating $200 for a paver in your own name or a deceased colleague’s name. Help us achieve our 2014 objective of 900 total stones installed at the Plaza.

Come to Victoria and visit this site and reflect on your years at Royal Roads. You won’t be disappointed, rather you will be moved and stimulated.

Please see below for ordering information. 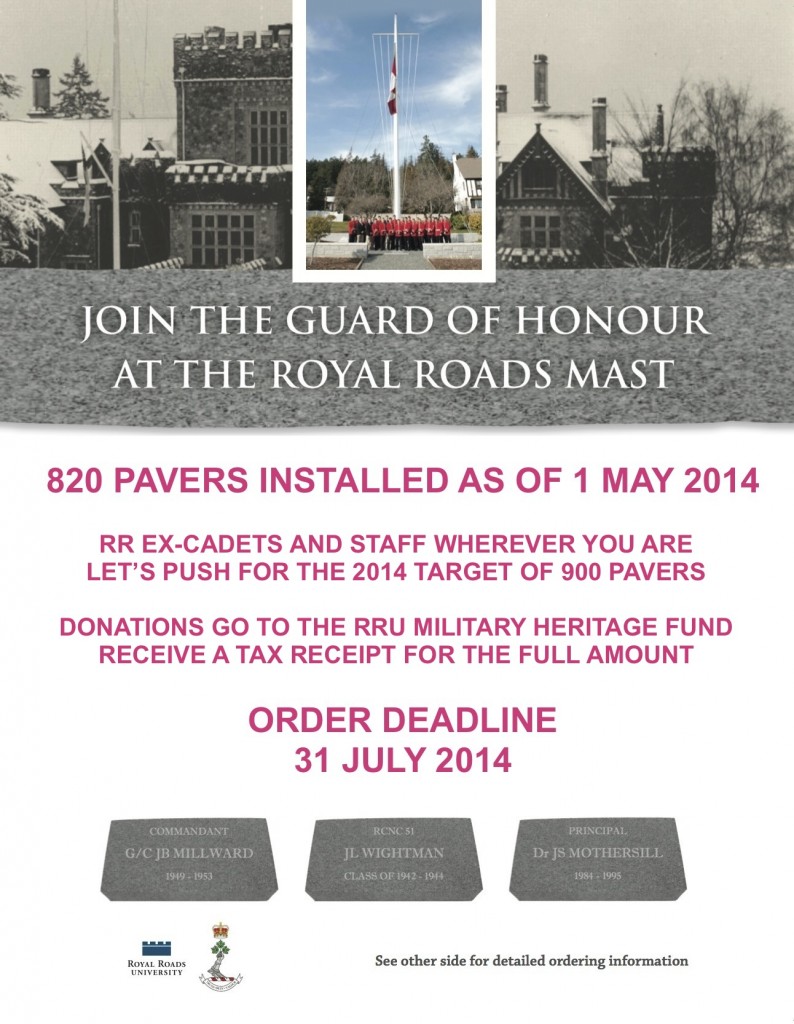