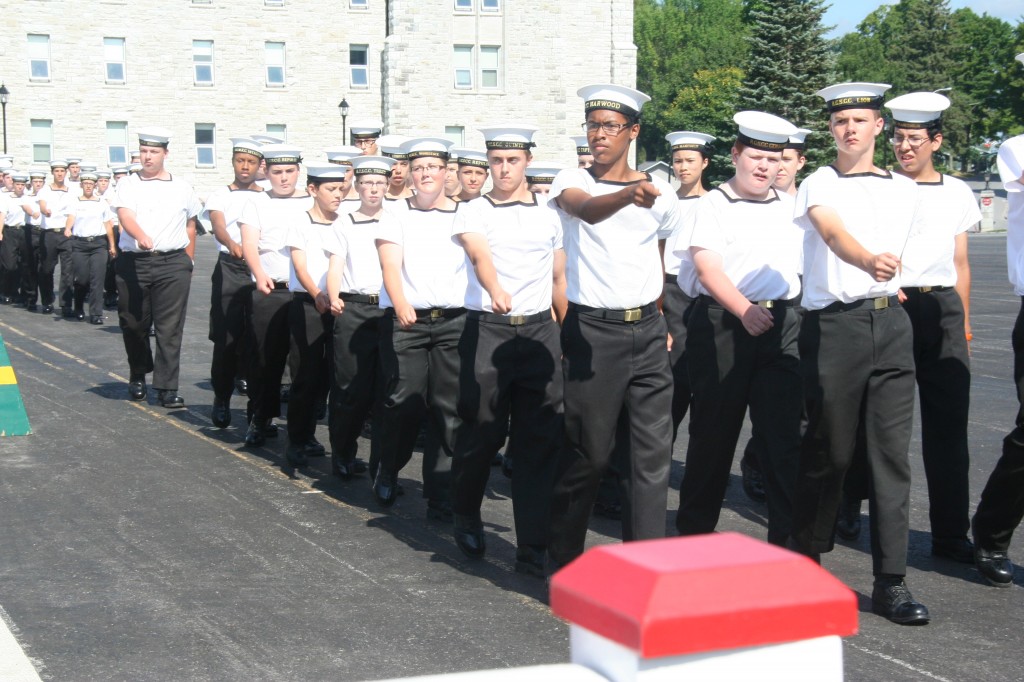 “How you serve is up to you, but your country needs you…” 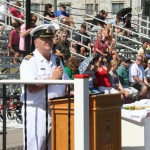 For the Cadets of the College who share the peninsula with HMCS Ontario each summer, having the Sea Cadets around means longer line ups in the Dining Hall, fire drills at ungodly hours, and other assorted impacts of having a bunch of kids running around the campus. That is how we see it, and that is often all we see. There is, however, far more to HMCS Ontario than that.

This past week, as the Sea Cadets took the parade square for the graduation of the Basic Training Course, it was easy to see the pride felt by all involved, from the Cadets on parade to the Officer of the ship’s company to the parents in the bleachers. It is a pride that is not out of place on the College parade square, and a pride which any RMCC Cadet would know well. We as Officer Cadets can sometimes look down on the Sea Cadet Staff, but the truth is they take as much pride in their work as we do in ours.

As Capt(N) (Hon) Hugh Segal, Senator and Reviewing Officer for the Graduation Parade, pointed out, the road that the Sea Cadets are on right now will lead some of them through the Arch in a few years as Officer Cadets. “Your country needs you,” he told the parade. “For some of you, that will be as Naval Officers, and for others, it will be service in the civilian world. How you choose to do it is up to you, but your country needs you.”

In addition to being a Senator, Capt(N) (Hon) Hugh Segal is also an honorary degree recipient from RMCC and an honorary member of the RMC Club of Canada #151.