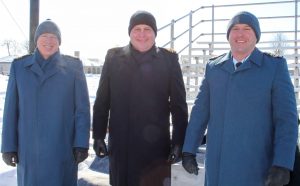 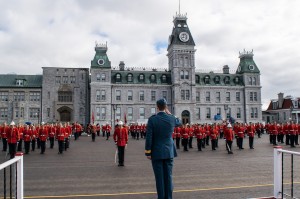 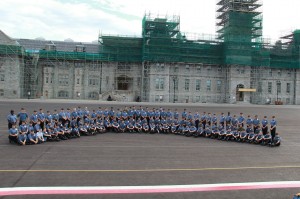 4 seasons on the peninsula –

Chronicle list of various major & minor events at RMCC during 2015: 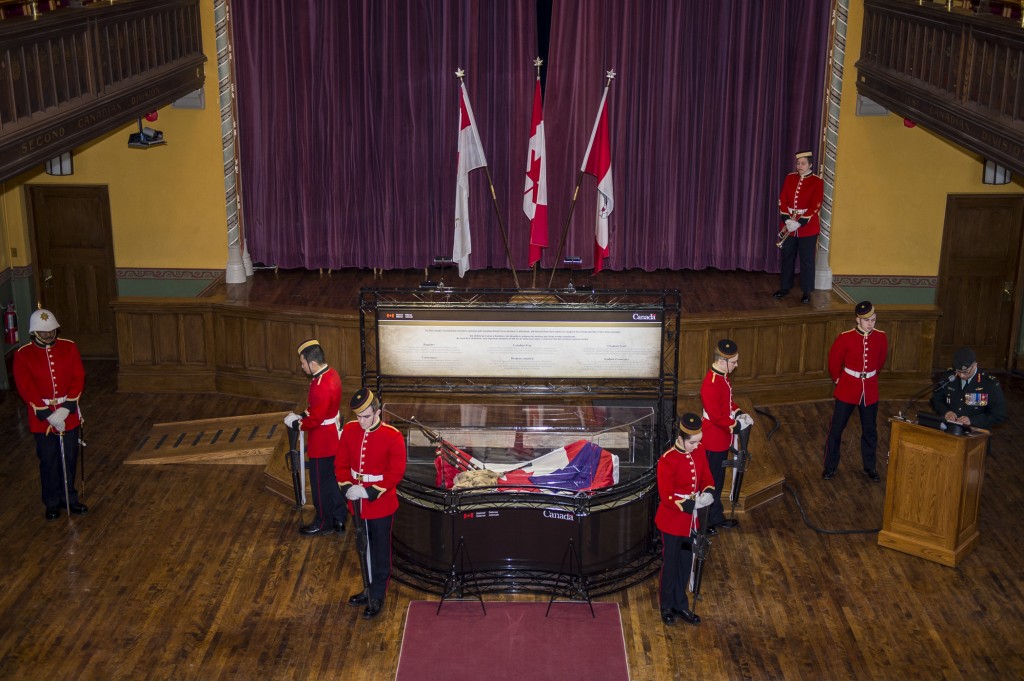 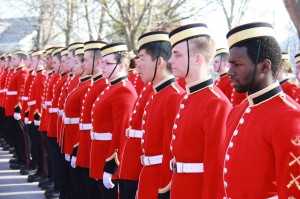 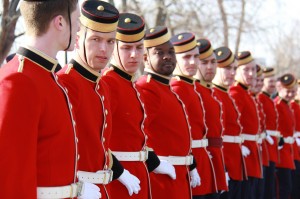 This year was chiefly notable for the change in Commandants at the College. An important event of that kind not 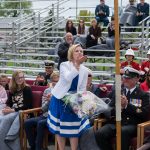 only reduces the number of other changes during the period of transition, but also dwarfs their significance.

Outgoing commandant, MGen Al Meinzinger – Class of 1989 who was promoted to that rank just prior to the graduation parade had held the appointment for two years. He was posted to Ottawa – as Deputy Commander, RCAF.

Of course, with the departure of MGen Meinzinger his better-half, fondly known within the Cadet Wing as “Mama Meinzinger” was off to Ottawa too.

Even before the new commandant could complete his move into the big office in Mackenzie building he had a near serious incident on Hi-way 401. During his first commute from Ottawa to Kingston, BGen Friday was involved with a deer not following the rules of the road, but no injuries except for some vehicle alterations;

Commandant met with senior members of the Kingston business and academic community over a working breakfast with the Principal;

The Governor General’s Canadian Leadership Conference visiting RMCC is a notable honour for the College;

The College welcomed the visit of the Bangladeshi Military Institute of Science and Technology (MIST).  The delegation was met with proper ceremonial Quarter-guard and Piper, and expertly hosted by the Academic Wing; 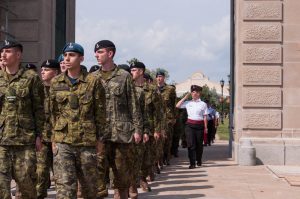 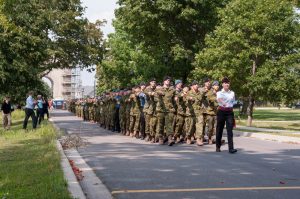 Both Civilian and Military new Post Grad Students are now within College lines and are adding to the ever growing buzz within the College; 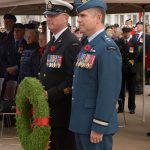 Many College Team members were engaged in a number of activities associated with Remembrance Day. Including – attending the Military Appreciation night at the K-ROC center for the Kingston Frontenacs, the Day of Remembrance Ceremony at the Catarqui Cemetary, and primarily RMCC’s Memorial Arch Remembrance Day Ceremony.  This was in addition to many other Remembrance Day ceremonies across Ontario and beyond; 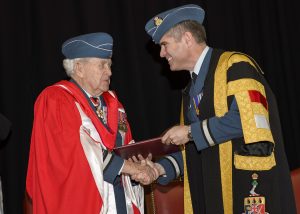