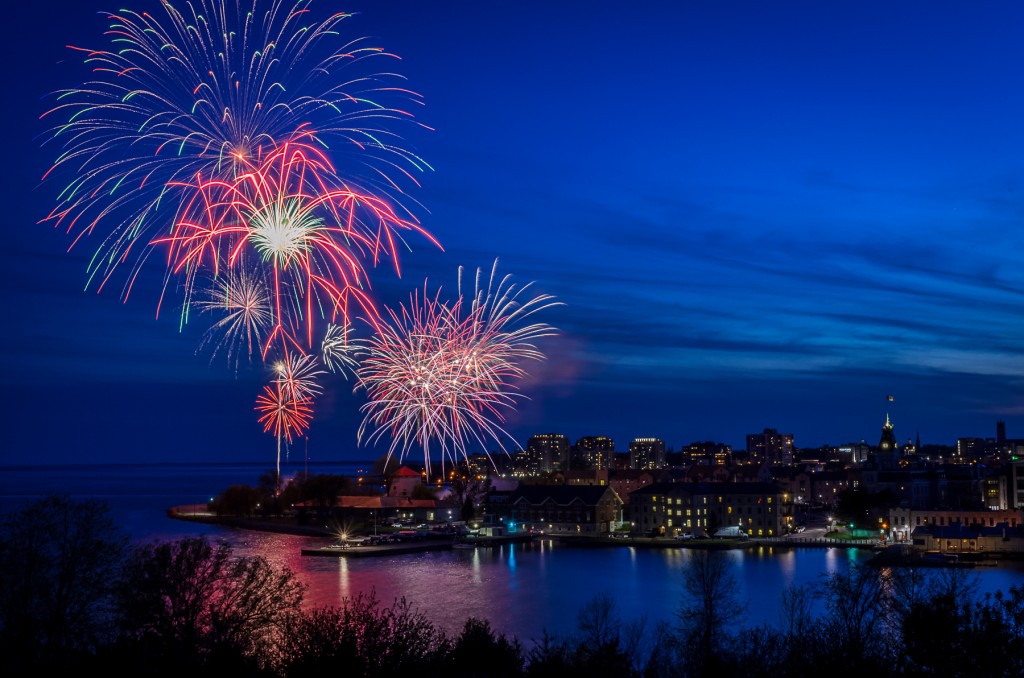 A large crowd was on hand for the Sunset Ceremony last Thursday, 14 May; it was one of the main elements of the 2015 graduation celebrations.

The weather was quite nice during the day but by the time events were underway (7PM) it had cooled off and those not dressed for the weather were seen wrapped-up in wool blankets to keep themselves warm.

This time around, the Sunset Ceremony consisted mostly of ceremonial drill and colour party demonstrations; a demonstration by the Aboriginal Leadership Opportunity Year drummers. Also,the tae kwon do performers put on a nice show along with the others.

Performances by highland dancers and RMCC’s prestigious bands lead spectators to the finale of the ceremony, concluding with a spectacular fireworks at sunset.

One group missing this year was the The Canadian Armed Forces Parachute Team, The SkyHawks. We’re not sure why, however, we are hoping that we see them in 2016. Most years, these SkyHawks seem to set the mood for the crowd to better enjoy the following acts.

From the reports we received – the evening this time around was pleasant but not overly spectacular.

The fireworks did not disappoint. For all those that stayed – it was worth the wait. 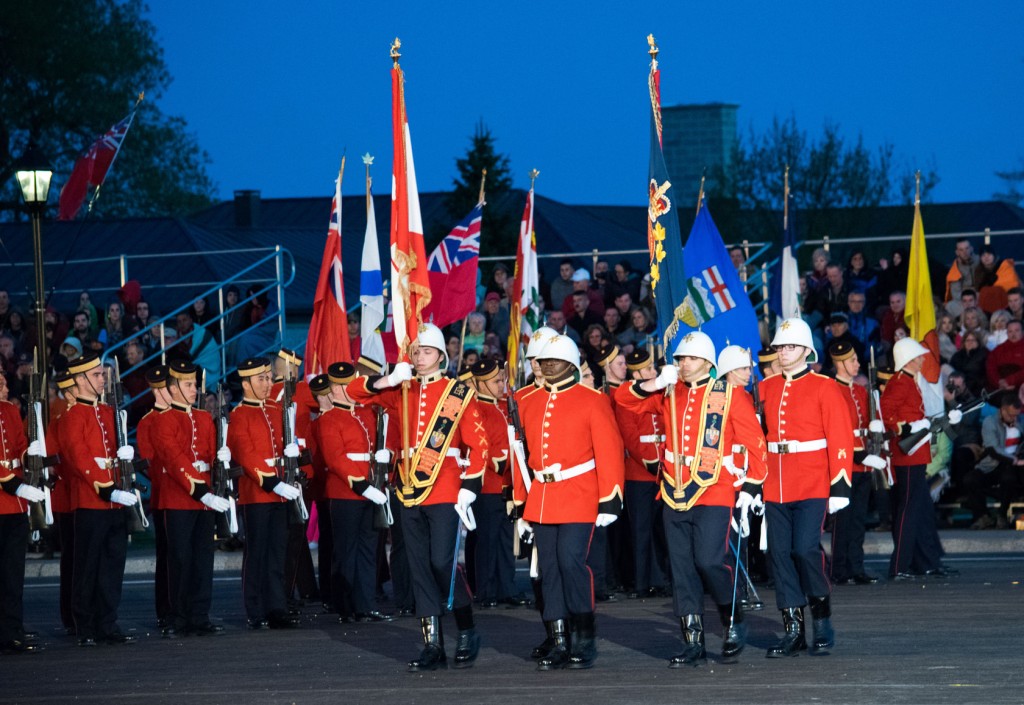 The night included many performances and displays from not only the Brass and Reed Band but also the Pipes and Drums Band and Highland Dancers. The Aboriginal Leadership Opportunity Year program (commonly known as ALOY) also put on a traditional drum and singing performance. 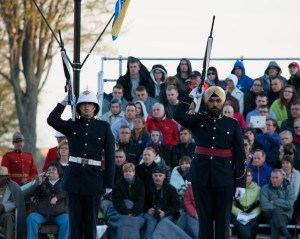 The Precision Drill Team showed their skill and accuracy with a silent drill performance which was followed by the singing of “Stand By Me” and “I Can See Clearly Now” by the RMC Choir. The Tae Kwon Do team followed as the end of the team and club performances with a demonstration of the discipline, fitness and spirit of Tae Kwon Do. 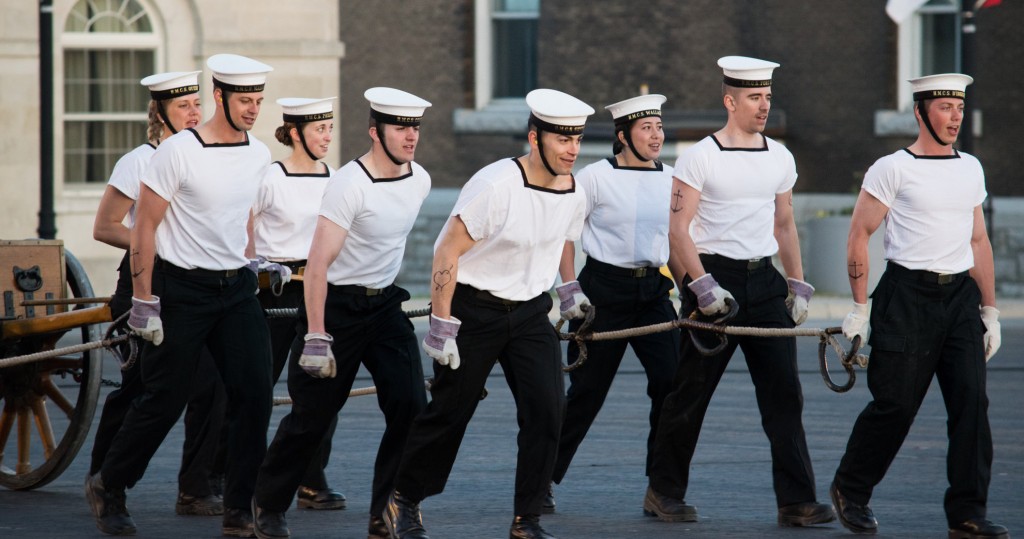 The Old 18 and Naval Gun Run demonstration found guns a-firing as they challenged any foe who might approach them and fought hard in the fighting style of the late 1800’s.

The night was ended with the exchange of the RMC and National Colours from the outgoing Colour Party to the incoming Colour Party and the traditional “Sunset Ceremony” which saw the lowering of the Canadian Flag and the playing of “O Canada” and “Amazing Grace”. The spectacular fireworks display that ended the night was a display that seemed to have no end and not a frown could be seen as spectators made their way from the parade square.

Congratulations to all the parties involved and what a perfect way to send of the Class of 2015!