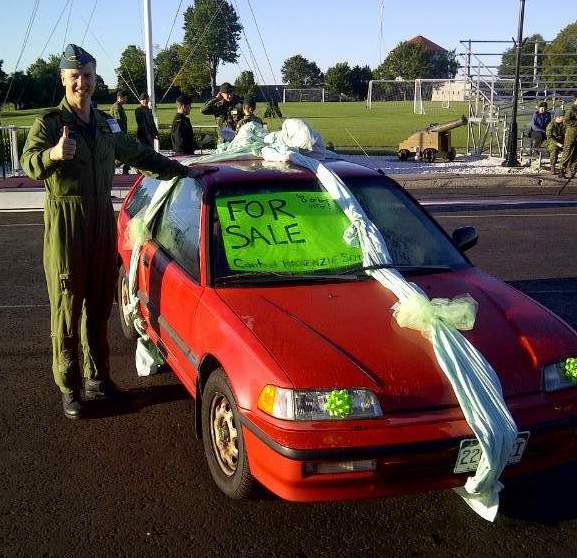 RMCC commandant, BGen Al Meinzinger was surprised last Wednesday morning when he looked out into the driveway and noticed that his 23 year old Honda was missing.

Just shy of two months on the job he had bigger and more pressing things to concern himself with than calling police right away to report that his car may have been stolen.

The former air force brat, spent the first five years of his Canadian Forces career in Kingston; four at RMC and one at Queen’s University earning a MA in Economics. The year was 1990. He had saved up a fair bit of money during that time. Being ROTP and earning a “full-ride” at Queen’s he was positioned to purchase his “first car”.

Prior to moving on from the Limestone City to his first real military posting; he ended up purchasing a spanking brand new Honda. Most readers are likely aware that the average life expectancy of a solidly maintained vehicle is about eight years or 241,401.6 km, according to Consumer Reports.

The car in question is now older than most of the officer cadets at the college. Many of them find it an oddity (in a nice way) that their commandant is still driving around in this relic.

Cadets being cadets sniped the 23 year Honda and placed it on the parade square for all to see during morning parade!

Although no squadron or person owned up to the skylark – all indications point to 8 Squadron. First clue – an $8 for sale sign. Second clue, green headlights.

We caught up with the commandant and looked for a reaction. “I left Kingston in the new Honda after my 4 years at RMCC and year at Queen’s University. It has always reminded me of my great days here in Kingston.” He went on to add. “During my briefing to the Barslate this year, one brave OCdt asked me about my car – I was obliged to tell him that it has always served as my link and bond with Kingston/RMCC. With a sparkle in his eyes he closed with…”While some might argue that it is time for an upgrade, I believe it absolutely appropriate that it continue to serve as the Commandant’s ride! ”

The thumbs-up sign speaks volumes on his reaction to the encounter. BTW, he never did get around to calling police. 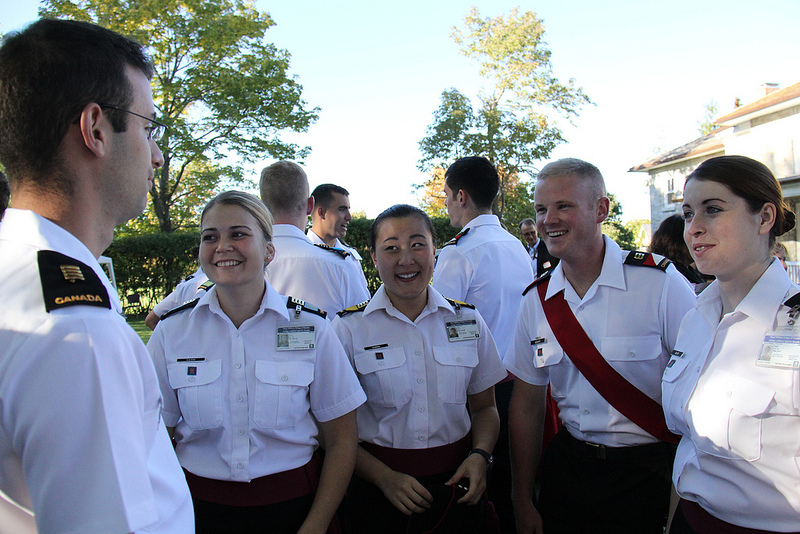 Wednesday 18 September 2013 Commandant Brigadier-General Meinzinger graciously invited all 4 and 5 barmen of The Royal Military College of Canada to his home for his kick-off to the semester Garden Party. The event was a great way to have the leaders of the cadet wing meet with the officers of the college in a relaxed atmosphere and helped to spring many great ideas for the direction of the Cadet Wing. The party was a welcomed change of pace to the quick start the semester has taken ensuring continued efficiency and discipline within the cadet wing that is not, however, without the repose of creature comforts and downtime that make a cadet’s busy work schedule manageable. Events such as this past garden party go a long way to ensuring a pleasant working relationship between the leaders of the cadet wing and military mentorship of RMCC. 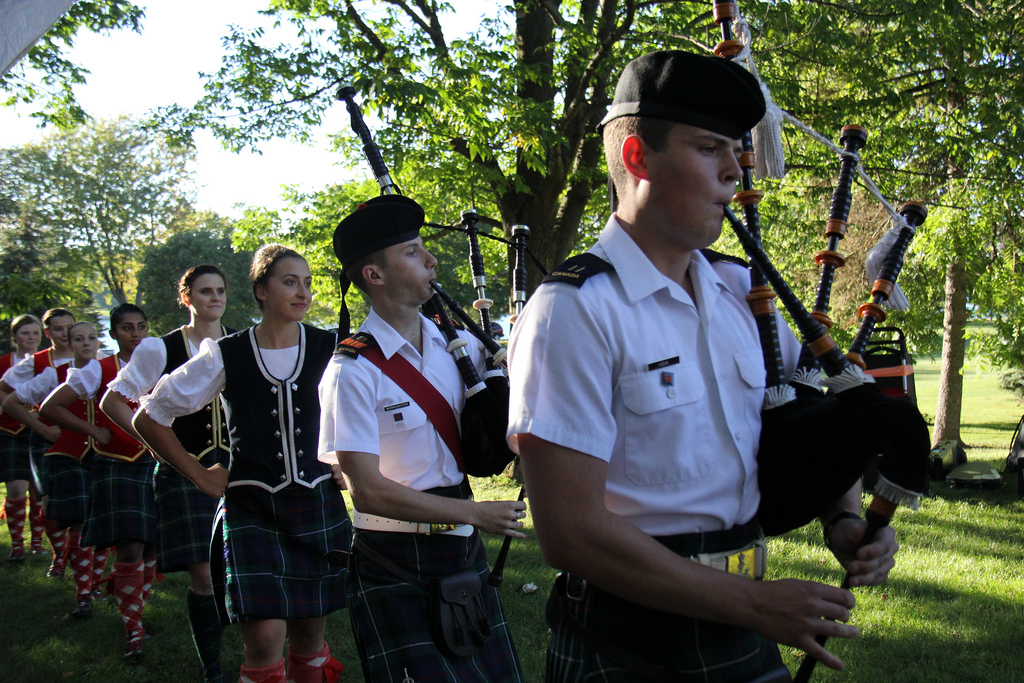 The RMCC band played the event and kept the atmosphere very relaxed. The band was accompanied by the RMCC Pipes and Drums with their wonderful Highland Dancers.

The weather for the event was the definition of fall in Kingston, and the sunset over Lake Ontario made for a picturesque evening. With the joyous atmosphere at the party it is quite apparent that the major changes that the Cadet Wing is undergoing are not weighing down the command teams, and the future of the Cadet Wing is bright and moving in the right direction.