International Mole Day was this past Tuesday, October 23, commemorates Avogadro’s Number (6.02 x 10^23), a basic unit of measurement in chemistry. The Department of Chemistry and Chemical Engineering celebrated by giving Brucie a suitable, chemistry-themed makeover. 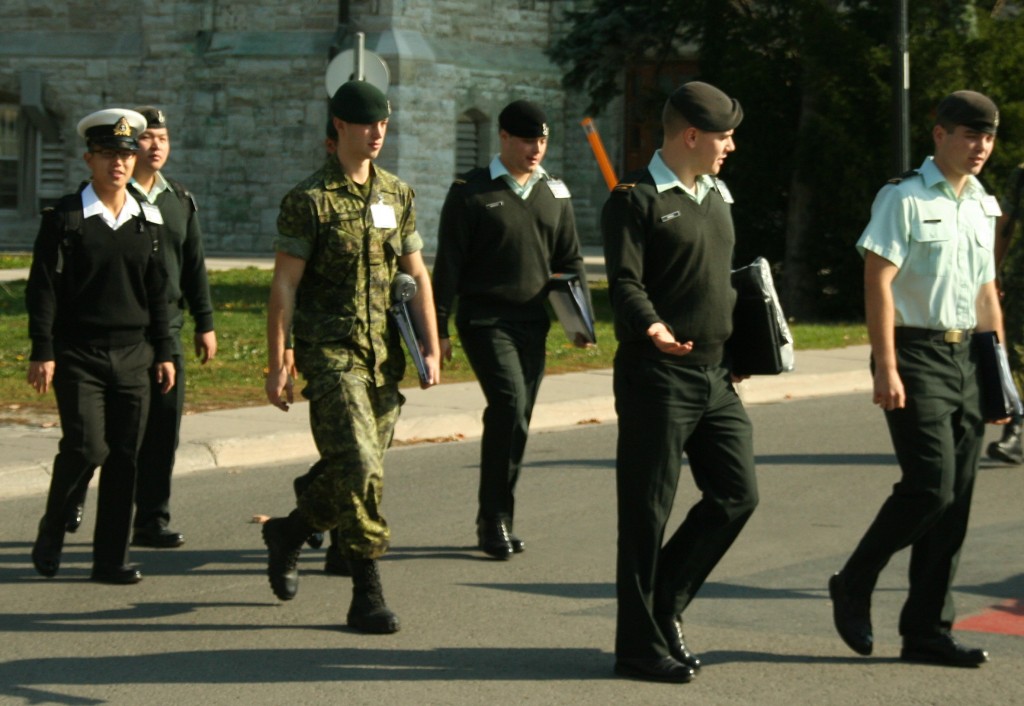 Fourth Years Look Ahead to Graduation

With the Fourth Year Class counting down the days to graduation, attention at this time of year has turned to “200 Days to Grad,” a milestone in the time the Fourth Years have left at the College. In recognition of that milestone, the Fourth Year Class was granted permission this past week to wear their 3B uniform (as opposed to the College Dress of the Day) and any unit or trade cap badges that the Cadets have earned the right to wear.

Cadet Wing Gears Up for Inspections

Photos from the inspection: 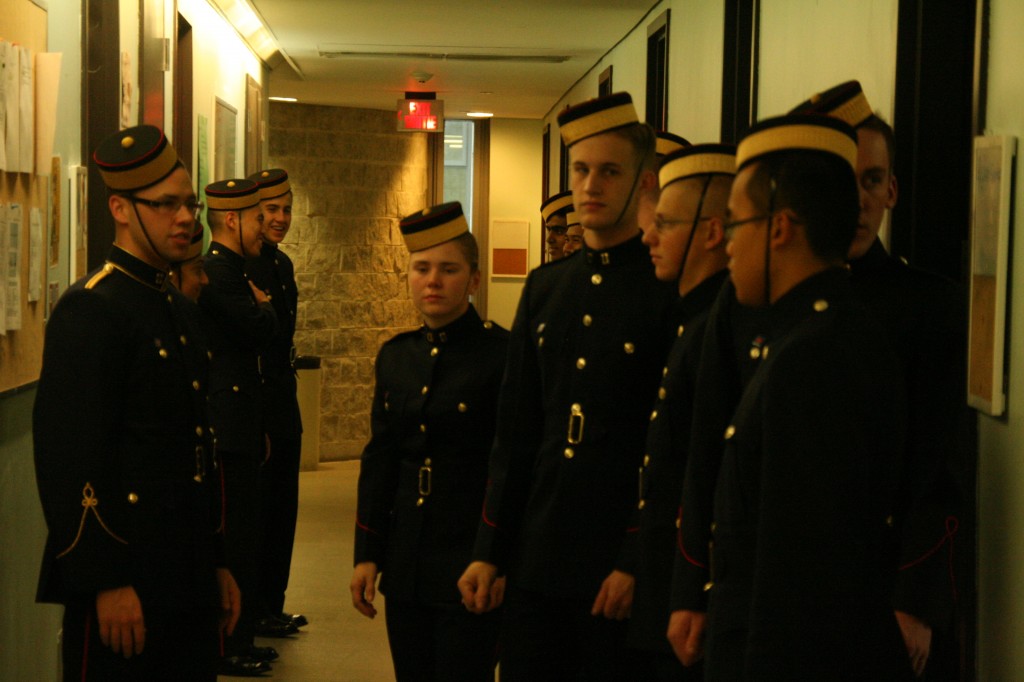 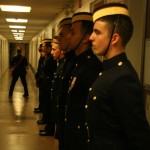 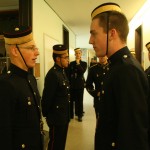 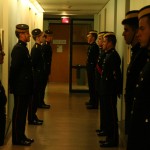 Last night was our Divisional Mess Dinner at the Senior Staff Mess on campus. Needless to say, the fare was quite exceptional. Apart from the food, the rest of the night was also very entertaining and educational. As it was our first formal mess dinner as members of the College, one of it’s main purposes was to expose us to the unique culture of military mess dinners and to teach us some of the basic traditions and customs that one can expect to see at them. 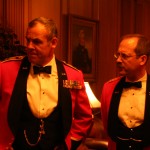 The night started off in the sitting room. Here we had to opportunity to speak with the various guests and other Cadets. We also had to take a look at the seating plan to ensure that there would be no confusion when we were called into the dining room. After the fifteen and five minute warnings, we were signaled to enter the dining room and await for the arrival of the head table. At that point, the guest of honour, MGen Michael Day, Director General International Security Policy, gave a speech before dinner was served. One tradition at mess dinners that we were exposed to was the passing of notes to the PMC. Requests could be written on the back of the name cards that were set at each seat and passed to the PMC. It was assumed that the request was sent by the person whose name was on the front of the card. Of course, this lead to some amusing requests, such as Mr. McKay challenging the Sergeant-Major to a beat-box batter, or Mr. Marshal challenging the other squadrons to a Zoolander-style walk-off. Once dinner was finished, we were given a small break before returning to the table for the toasts. After that, we adjourned to the sitting room as the formal part of the night was over.

The rest of the night consisted of socializing with the upper barmen and the various guests. I thought that it was very cool how we, as Officer Cadets, could speak with senior officers. It isn’t something that we can do very often. At this point of the evening, the First Year flights from each squadron put on a skit about FYOP. All three were very good. Everyone had a good laugh.

Overall, the mess dinner made for quite an entertaining evening. It was a much welcome break from all the work that we usually have to do.

Photos from the event: 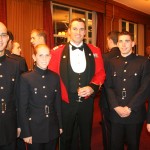 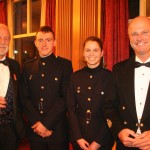 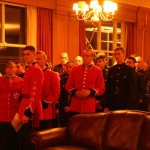 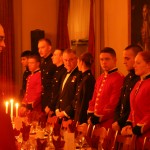 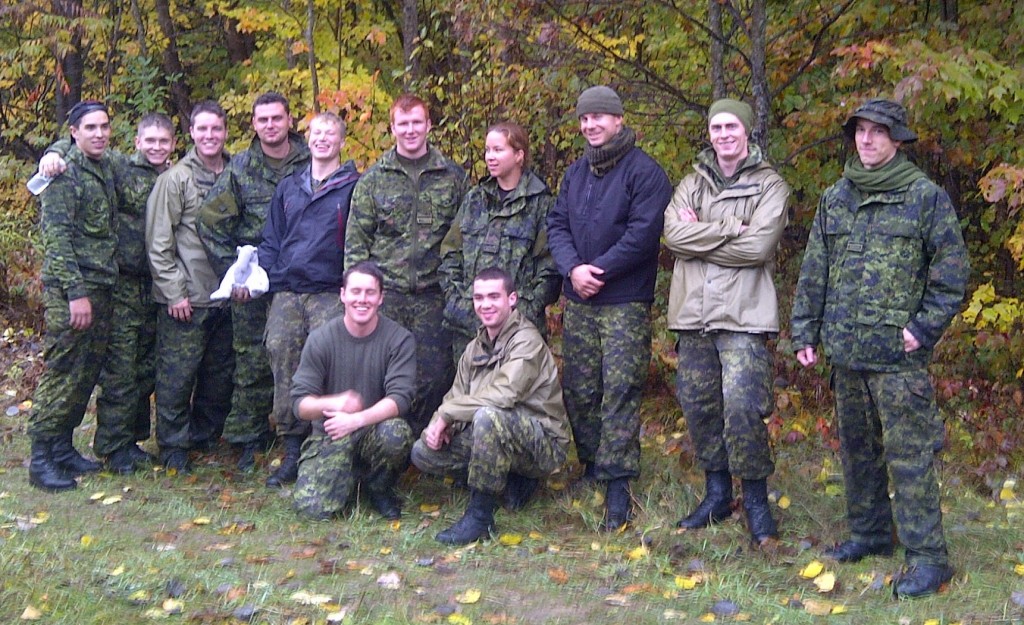 From 12-14 October 2012, twelve Officer Cadets (OCdts) from the Royal Military College of Canada participated in Exercise River Wolf II as the ‘Red force’ for a TBG combat team centered on a Company composed of the Princess of Wales Own Regiment (PWOR), the Brockville Rifles, and the Hastings and Prince Edward Regiment (Hasty P’s). River Wolf II was a defensive exercise, something the CF collectively doesn’t do enough of, with the intent of preparing the PWOR, Brockville Rifles, and Hasty P’s for their brigade exercise expected to take place in February 2013. The context of the exercise spanned a spectrum that stretched from Afghanistan to Haiti. The OCdts were expected to provide scenarios that ranged from protests with disguised suicide bombers to main offensive and defensive battles.

The intent of the OCdts from RMC was to provide a credible and realistic enemy force in order to maximize the training value for both the TBG and RMC cadets. The Cadets embraced their role and began supplementary training and planning weeks ahead of the exercise. They enlisted some of the unique assets that RMC has at its disposal such as the RMC Drill Instructor, WO Desjardins, and some OCdts with their Private Pilots Licenses. WO Desjardins provided the team leadership with lessons and mentorship in how to approach the problem of taking a combat team with twelve Cadets based on his experiences in Afghanistan. Additionally, he instructed and mentored the entire team on small unit tactics, with emphasis and details on maximizing opportunities both in defensive and offensive postures. The Cadets walked away with an understanding that they would be active sensors; always gathering intelligence, and then striking with rapidity and precision once the conditions were set for success. Several pilot OCdts, along with a qualified artillery OCdt were enlisted to provide air reconnaissance. This air support is the exact sort of intelligence a resourceful enemy could use against the CF. The RMC ‘Red force’ planned to act in the capacity of first class training aids. 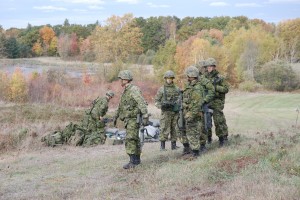 River Wolf II began for the RMC team with an austere HQ being set up, complete with 2×4 foot Google satellite blowups of the Area of Operations (AO), a laptop, and colour printer, on 13 Oct at 1200hrs. The first step for the ‘Red force’ was to begin pushing out Observation Posts and two-man counter recce patrols with the intention of defining the ‘Blue force’ Coy defensive position and establishing their routines. These endeavours continued unabated until last light and were quite successful. The first official mission tasking was to provide a civilian walk-by of a ‘Blue force’ OP at approx 1600 hrs to feed intelligence concerning a C2 node, followed by staged protest at 1630 hrs against the TBG presence in the area. The key obstacle to the mission was to hide a suicide bomber, complete with a compressed-air suicide vest, in the guise of a pregnant woman. The goal was to target the section or platoon level leadership and soldiers simulating a mass casualty scenario. The ‘Red force’ succeeded in grouping several ‘Blue force’ soldiers together but encountered a technical difficulty with the suicide vest failing to detonate.

At 1515hrs the first and only air sortie in support of the ‘Red force’ was mounted. This group of OCdts built a mission profile that intended to operate over the AO tactically in order to provide “real time” intelligence as to the situation on the ground. The aircraft operated at ~5000 ft on low engine power and flew slightly outside of the AO to limit the chances of being seen. Should anyone see them they would hopefully appear to be a passing civilian aircraft. The sortie generated high definition pictures of the enemy positions which were then printed in colour at the ‘Red force’ HQ. As well, the sortie provided radio transmissions as to enemy movements and activities. The ‘Red force’ was able to ascertain the extent of clearing operations as well as the exact locations of all the OPs, C6, C9, and bunker positions.

The next tasking for the ‘Red force’ was to place an overt OP at 1730 hrs and a C2 node at 2000 hrs to test ‘Blue force’ reactions. The overt OP ended up receiving a recce patrol which they engaged executing break contact drills leaving a critically wounded team member to test ‘Blue force’ TCCC and casevac procedures. The C2 node received the attentions of a recce detachment at 2200 hrs where a similar firefight and casualty s scenario were executed.

From 2000 hrs onwards the mission for the ‘Red force’ was to infiltrate and launch probing attacks on the ‘Blue force’ position. The task developed into two infiltration 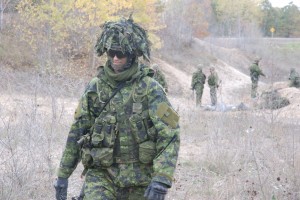 missions and two probing attack missions. The first infiltration mission was given to two fire teams with the task of infiltrating from the north and south respectively along routes where daytime reconnaissance had established the defenses were exploitable. Both infiltration missions were successful with the ‘Blue force’ OC being killed at approx 2130 hrs in his tent along with his HQ team. The second infiltration mission was charged with acquiring the perimeter security password. Two probing attacks were launched between 2200-2330 hrs with the intent of testing fire discipline. The first of these involved a diversionary attack consisting of fire and movement to deceive the ‘Blue force’ that a main attack was being launched at a specific location. Simultaneously, a second fire team entered the Coy defensive position and begin killing isolated personnel. The diversionary fire team took on heavy fire from a C6, two C9s, and a section plus; doubtlessly getting killed but affording the second team entry into the position. The second probing attack targeted an OP and a C6 that could prove to be troublesome. The fire team tasked with eliminating the OP snuck up and ‘knife killed’ the OP team. They then took the C9 from the OP and attacked the Coy defensive position.

A final mission was ordered for the ‘Red force’ at 0400 hrs. They were to set up a defensive position and then await ‘Blue’ reconnaissance after which a platoon sized group would launch a raid on this position. The resulting action came as expected, was effective, and killed the ‘Red force’. With this final action “End Ex” was called and everyone involved in River Wolf II gathered for a well deserved hay box breakfast. The AAR proved to be morale boosting and informative for both groups.

The twelve Cadets with the RMC team gained a positive experience by engaging CF soldiers using CF doctrine within a military exercise. The imagination and resourcefulness these OCdts brought to the exercise ensured that River Wolf II would have a credible and realistic enemy force that thought ‘outside the box’ and provided the soldiers of the PWOR, Brockville Rifles, and Hasty P’s with maximum training value. At the same time, this opportunity afforded the RMC OCdts a chance to gain experience planning missions, solve problems, practice their leadership, employ field craft, soldier skills, and teamwork (to name just a few positive aspects). This sort of exercise, in this case partnered with the Reserve Force, is one of the many opportunities here at RMC which makes us an institution of excellence. 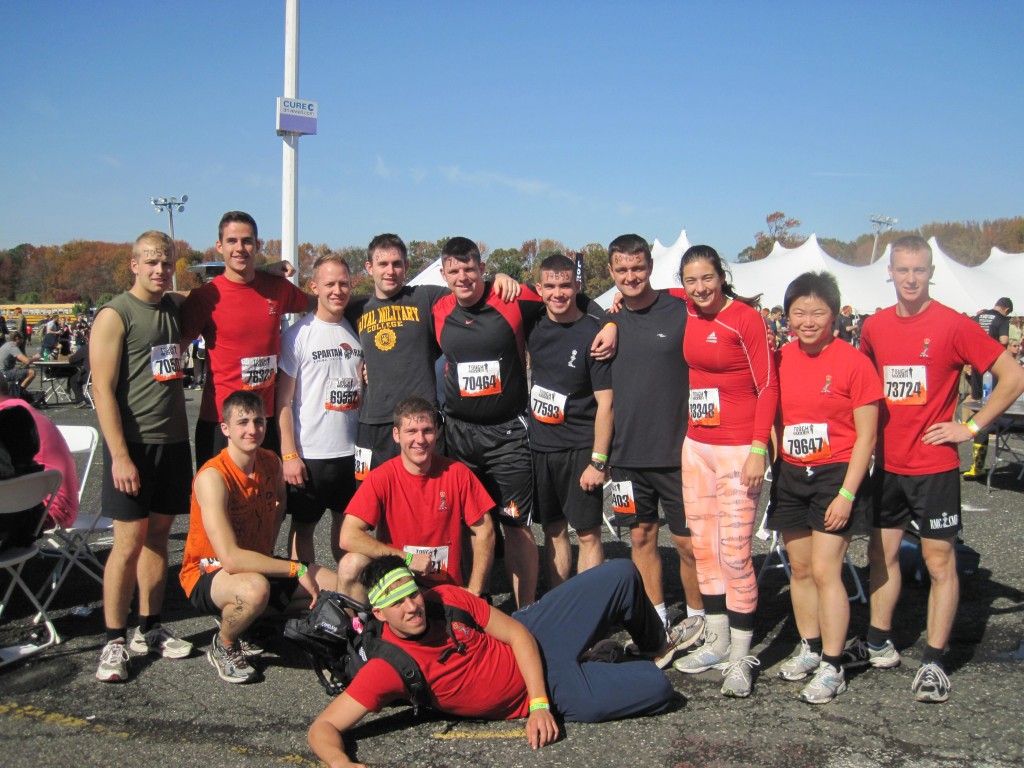 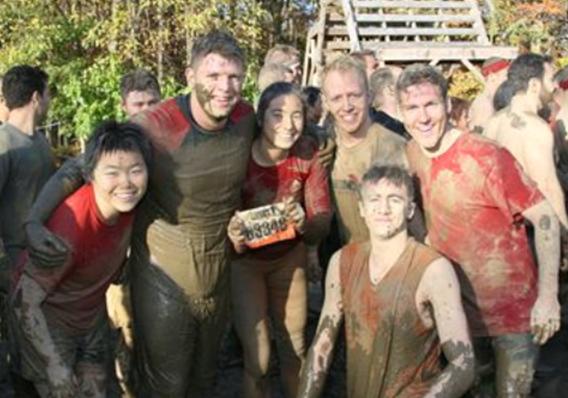