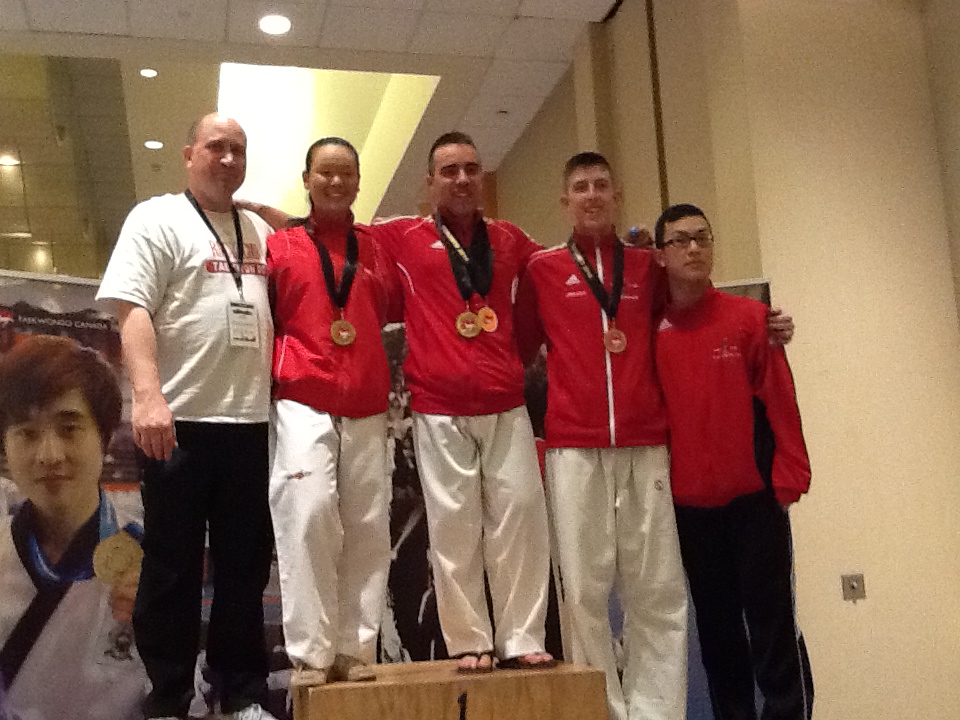 The RMC Taekwondo team travelled to Toronto from May 14-18, 2014 to compete in the 2014 Canadian National Championships against athletes from across the country.

Starting off on day two of the competition was ASlt Jason Song.  Unfortunately, Song was suffering from a nagging right foot injury which hindered him during the competition.  He lost a controversial match by the score of 6-6 due to referee warnings.

On day three of the tournament NCdt Ann Hyunji Lee, 1st year from 5 squadron, took the bronze medal in the women’s elite high performance black belt poomsae division.  This result positions her to possibly be chosen to compete for team Canada at the World Poomsae Championships in November 2014.

On the final day of competition the teams colour belts took the stage and represented the team with pride and indomitable spirit.

The RMC Taekwondo team would like to thank the RMC Foundation for its moral and financial support as without their assistance the team would not have been able to attend. 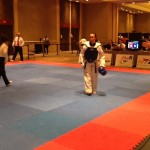 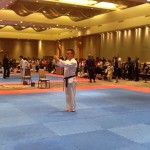