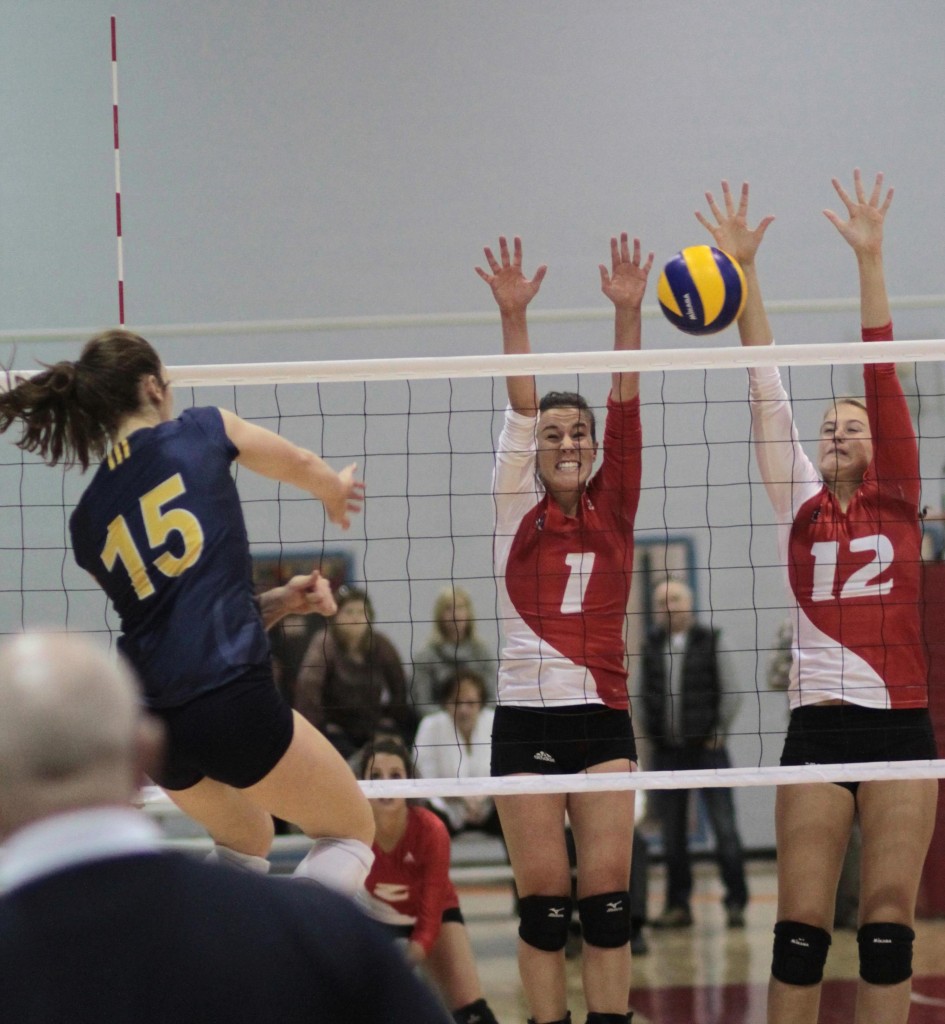 Congratulations to the coaching staff and members of the (w) volleyball team for making the OUA play-offs for the second consecutive year.

The Lady Paladins will be on the road next Saturday. They will be playing at York  University, Sat 18 Feb – time TBA. Go Paladins go! RMC Rowers awoke to a blazing sunrise on Sunday the 5th of February. An atmosphere of nervous excitement pervaded as the crew downed a quick breakfast before hitting the road. Their destination: the Canadian Indoor Rowing Championships (CIRCs) in Mississauga, Ontario.

CIRCs is an annual event that draws rowers from near and far. The competition is a demanding 2km race that is completed on an indoor rowing machine. Indoor competitions are unique because they reduce factors such as technical experience and focus purely on power and fitness. The indoor rowing machine recruits nearly every muscle and is a true test of mental toughness, stamina and physical strength. 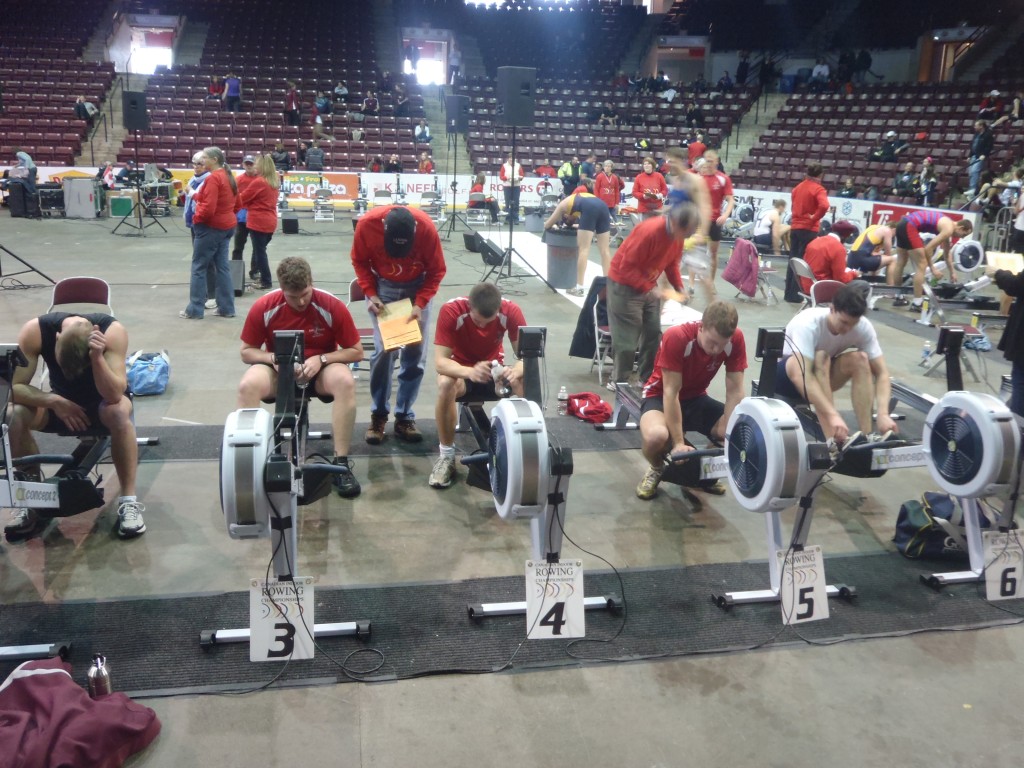 With renewed vigor, the crew will continue to train hard through the winter months. They can be seen at the gym nearly every morning rowing hard and preparing for rapidly approaching spring regattas. GO RMC GO!

For the seventh time in eight years Royal Military College has won the 44th annual Historic Hockey Series presented by Kingston’s International Hockey Hall of Fame. Playing ‘under the lights’ for the first time in the history of the event at Feb Fest on Saturday night, it took overtime to decide a winner in the championship game – RMC’s 25741 OCdt (III) Colin Carswell got his 3rd goal of the series in the extra period to edge 2RCHA Petawawa 3-2 to capture the RCHA Brigade Association championship trophy. Carswell was named MVP of the Series and winner of the Jim Couvell Memorial MVP Award. Don your helmets and spandex shorts- RMC is going the distance!

The 4th Annual RMC Bike-a-thon for Soldier On is approaching fast and furious! Coming up on March 2nd-3rd from 19h00-19h00 in the New Gym above the Cadet Dining Hall . The fourth installment of this event is gaining momentum and is looking to be the best one yet!

The Bike-a-thon is held in support of the Soldier On fund. The Soldier On Program is a CF charity which strives to support ill or injured soldiers and provide them with resources to maintain a healthy-active lifestyle. Soldier On gives serving and retired soldiers the chance to get involved in sports and recreation and help to improve their functional independence.

This event has cadets competing in a 24 hour spin-a-thon race on their respective squadron’s stationary bicycle. Each of RMC’s 13 squadrons rotates its members through half hour shifts on the spin-bike to compete for the most distance covered by the end of the 24 hours and overall squadron pride. A new challenge for this year will give participants the opportunity to compete in the Doubles competition where two members swap shifts between them on the bike for 24 hours, or in the Solo competition where a single brave rider can go the full 24 hours all by him or herself!

As if that weren’t enough, RMC is opening up this year’s Bike-a-thon to the Training Wing and Academic Wing to participate in teams of their own. For those academic departments who have always had a little friendly (or not so friendly!) competition going on, now is the time to duke it out in a full-fledged race! Maximum participation is encouraged from our Training and Academic Staff!

Overall, the 4th Annual RMC Bike-a-thon will be one for the books! With lots of great prizes, free Tim’s coffee, entertainment, and DJ music through the night, it is sure to be fun for everyone! So come on out, have some fun, sweat a little bit, and support a good cause!

Three Kingston athletes were recently named as members of the Canadian Fencing Federation’s Senior High Performance Programme. Cutting Edge Fencing’s Kerr Hutchinson, a grade 12 student from KCVI, was selected for the men’s epee programme. Hutchinson was also chosen to receive a development card from Sport Canada as an athlete with potential to represent Canada at future Olympic Games and senior world championships. Chantel Helwer, a former RMC varsity fencer and now member of Cutting Edge, was selected for the women’s sabre programme, as was current RMC varsity athlete Katie Porter. Helwer & Porter will also be competing at a senior world cup in London England following a training camp in Germany later this month.