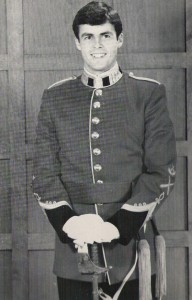 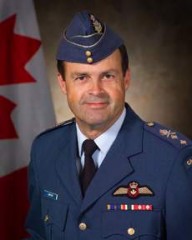 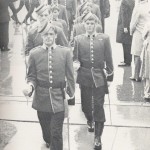 T.J.L.: I was pleased to have been selected, and proud to wear the CWC sash around campus. I felt quite comfortable as CWC when among my own classmates and junior cadets, but a little out of my league when dealing with the College Sergeant Major, Director of Cadets, and Commandant. But we got through.

My electrical engineering marks had been 80% plus at the end of third year, but dropped 20% during my term as CWC, so I must have been busy; or at least happily distracted.

E-veritas: What are your memories of the Deputy Cadet Wing Commander?

T.J.L.: While I was CWC, the DCWC was an impossibly fit cadet named 12121 Lieutenant Sylvain Roy (CMR RMC 1979). I remember the two of us joking that his position got just as much glory but without the responsibility; which probably explains why so many cadets through RMC history have hoped for the DCWC position instead of CWC. I will admit that I was one of them.

T.J.L.: General de Chastelain arrived with a great reputation from all his successful military commands and exploits. Upon his arrival at RMC, only 39, he took part in sporting events, obstacle races and band performances that displayed his abundance of energy and talent. No one who experienced the de Chastelain years at RMC were surprised at where his career later took him.

T.J.L.: While I am certain that the College staff were working on key issues, I don’t recall many of the details so they must have allowed us cadets to focus on those things that cadets have always been interested in: leadership, sports, academics and recreation.

T.J.L.: I’m not certain there was or is any specific process to prepare cadets to be CWC, but I do know that having completed third year, pretty much any cadet would do a creditable job in the position. I remember in my first year at RMC watching our CWC, later Lieutenant-General 10966 Michel Maisonneuve (RMC 1976), command the College on parade, being tremendously impressed and hoping never to have to take on such responsibility. But when I got there, I was ready for it. 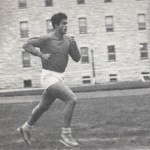 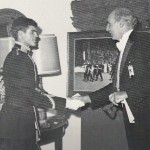 The actual process of selecting a CWC was more opaque in 1978-79 than it is now. I would assume the College staff held a selection board and assigned points per pillar. I was a fairly good athlete and student, and involved in everything from varsity sports and yearbook to piping with the band and emceeing the Talent Show. The resulting press probably helped at the Board. 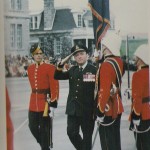 E-veritas: What were your responsibilities as CWC?

T.J.L.: The Cadet Wing Headquarters slate was given broad latitude to develop College policies within the boundaries of the Cadet Wing instructions, and to try out our leadership roles. This included how Recruit Camp was to be run, and Cadet Wing discipline and charge parades. We felt a strong sense of ownership. 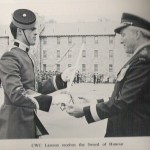 T.J.L.: Whenever I looked around our meeting tables, I saw colleagues who I knew to be at least as capable as me, so my job was to simply keep my hand on the tiller and help put their ideas into action. I favoured a collegial leadership style, and I suppose that hasn’t changed.

E-veritas: Anything you would do differently today?

T.J.L.: If I could recall more of the details, likely I’d want to improve most everything I did. Since I can’t, and the memories all seem just about perfect, I’m happy enough.

T.J.L.: As CWC, I developed faith in the talents and ideas of those around me, and a belief that as a group we were stronger than alone. It was useful to learn early. But I must say that while I learned a lot as CWC, I learned as much or more when I later got the chance to be a Cadet Section Commander. As a CWC you get to practice executive leadership, but as CSC, well, that’s where the leadership rubber meets the road. 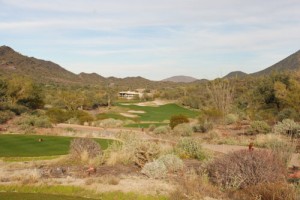 T.J.L.: I was a Starfighter pilot in Germany until 1985, when I came back to RMC to complete a Master’s Degree in Electrical Engineering and serve as a lecturer on the Electrical Engineering staff. Then I returned to flying fighters, this time the Hornet, in Germany and Cold Lake until 1996. I moved to Ottawa to become a career manager and in 1998 was appointed Commanding Officer of 412 Squadron where I flew the Challenger. Promoted Colonel in 2003, I held various staff positions in Ottawa until I was assigned command of 8 Wing, Trenton, and then returning to RMC for a third time, this time as Commandant. In 2009 I was promoted to my current rank and appointed Assistant Chief of the Air Staff.