* I served in the parachute battalion of the RCR 2RCR in London,

Ont with some ex-cadets. We became life-long friends, with an

astonishing penchant for jointly getting into trouble with our second

CO, who shall remain nameless. Of equal importance, our wives also

* I then went to Queen’s as the Resident Staff Officer, a very

convenient place from which to complete a Ph.D in History.

* I joined the faculty at RMC and eventually became Dean of Arts;

`The Generals: The Canadian Army’s Senior Commanders in the Second World

* A Memorial Prize in my name is awarded annually to the best graduating  graduate student in War Studies. 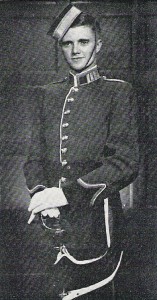