This is the fifth  installment of our seven part series on The History of the Royal Military College of Canada, by #47 LCol Ernest F. Wurtele, VD. LCol Wurtele graduated RMC in 1882, served as honourary secretary-treasurer of the RMC Club from 1892 to 1913, was the associate editor of the RMC Review, for ex-cadet news, from 1926 to 1936, and was the first honourary member of the RMC Club. 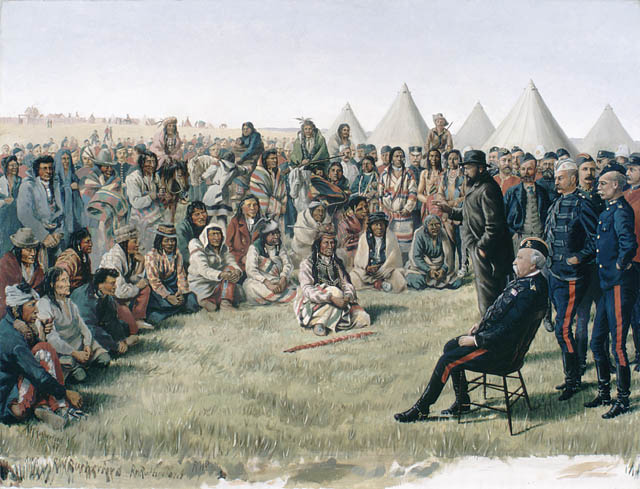 Ever since the first graduates left the college some of their number have been engaged in the wars, campaigns, and expeditions which have taken place in the Empire. During the North-West Rebellion thirty graduates and ex-cadets were on service with the Field Force west of Winnipeg, and seven on garrison duty east of that city. Four of the officers in the field were wounded. Two served on the staff of Major-General Sir F. D. Middleton, commanding the Militia, as A.D.C.’s, one with Major-General Laurie, commanding base and lines of communication, and one with Major-General Strange, commanding the Alberta Field Force. This was an excellent showing in the light of the fact that only eighty-eight graduates had passed out of the college in 1885 and of these twenty four were in the Imperial Army and elsewhere abroad.

On the outbreak of the Rebellion the cadets (as a body) offered themselves for active service in the field. This offer was forwarded to Headquarters by the Commandant, and, although the military requirements of the occasion were not deemed by the higher authorities to be such as to make it advisable to accept the offer, the feeling which dictated it was not the less commended, and the fact of its having been made evinced the laudably earnest spirit with which the military cadets of Canada were inspired. The regular troops in garrison having proceeded for active service to the North-West Territories, and circumstances having rendered it advisable that the college grounds and property and Fort Frederick should not be left unguarded, the cadets assumed charge of the fort for a time, and performed picket duty at night during some three months of the college term.

During the South African War (1899-1901) seventy four ex-cadets of the Royal Military College of Canada were on service in South Africa. Of these, twenty-five were with the Imperial Army, one with the New South Wales Regular Artillery, and the others with the Canadian Contingent. Seven were killed in action or died of wounds.

Since the establishment of the college the graduates and ex-cadets have been an important factor, though insignificant in numbers, in the British Army. A mere recital of the minor wars and operations in which they have taken part makes most illuminating reading, showing at once the varied military activities of the British Army and the wide distribution of the Royal Military College men. During the years 1877-1908 some of their numbers were engaged in the following military operations and expeditions:

1894 Operations against Chief Nanna on the Benin river, West Coast of Africa.

1896 Operations against the Mazrui Rebels.

1897 Operations in the Bara Valley.

1897 Operations in the Bazar Valley.

1908 Operations in the Mohmand Country.