I am sorry that you have lost four members of your Class so tragically. As CAF officers we all expect to lose peers, colleagues and classmates but to prepare to march off the square and then have them absent is a wrenching blow. Each of your Class will come to terms with their loss in your own way.  My only advice to you is to fully grieve them.  Say good bye at their funeral; go to the chapel and think of them; remember them with a momentary pause at the Arch.  Whatever you do, think of them as the young vibrant Classmates with whom you shared trials and tribulations, success and failures — but think of them.
I pray that they will Rest In Peace.
TDV
Col (ret’d) 10982 CS Oliviero, CD, PhD
Class of 76

Life can seem unfair; there are no guarantees.  So we need to do ourselves a favour and concede that overly optimistic fallacy right from the start.  But the amazing thing is that once you admit and accept that life just happens, you’re much better off at handling just exactly what you are left with. And what you are left with is an incredibly mysterious and lumpy mix of fate and good fortune that defies all attempts to tame or rationalize it.  That’s life.

Fate is not fair when four able-bodied cadets in their prime are unable to escape an overturned vehicle in relatively shallow water. Whatever lead to this tragedy, the consequences are far too severe, too far reaching and far too permanent. It will never seem fair.

There is a common expression which states that time heals all things.  Let’s scratch that one off the list of “false truisms” as well.  Time does not necessarily heal.  In fact reality, unless properly addressed, generally decays our perspective with time.  If bitterness and/or resentment are not addressed things only get worse.

But while time doesn’t necessarily heal, healing most certainly does takes time; sometimes lots of it.   One can’t short circuit the process.  Grief will demand (and get) its pound of flesh; it will not be denied.  So let grief take it’s time to work through and resolve to not let grief hold us hostage for the rest of our lives. 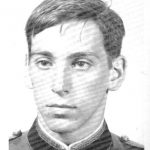 The Class of 1976 experienced tragedy when the life of our classmate Officer Cadet Anthony Bowie was taken from us almost 50 years ago.  In the frenzy and chaos that was the first water obstacle in our Recruit Obstacle Race, Tony slipped unnoticed beneath the water as dozens of recruits tackled the obstacle en mass.  His lifeless body wasn’t discovered in Navy Bay until 2 days later.

With other recruits all around him, 2nd year cadets running the recruit obstacle course, a safety boat in place, a guide rope strung across the length of the water crossing, 4th year Cadets overlooking and hundreds of spectators observing, how in the world could that possibly happen? Yet it did.  And we had to deal with it.  And no, it wasn’t fair.

Today, the recruit obstacle course is better than it has ever been.  Participants, organizers and spectators unanimously sing its’ praise.  And so they should.  The recruit obstacle course has incorporated lessons learned through tragedy and has become the better for it.  Not that it could ever compensate for the loss of Tony but what would be even more tragic is if nothing changed following his untimely death.

So, Class of 2022, take the proper time to mourn and process the grief.  You need to.  But don’t get stuck there.  It’s not what any of your fateful four colleagues would have wanted for you.  And you absolutely know that; you’ve been through too much together, shared too many memories and experiences to not know that.

So grieve but don’t get bitter; instead, get better!  Resolve to learn whatever can be learned, be better people for it and strive to make the world a better place based on the tough experience you’ve had to deal with and grow through.  Don’t become consumed with “why did this happen to us” but rather focus on what positive lifelong lessons can be derived from the tough hand of cards you were dealt. In the end, success in life is primarily determined not so much by what happened to you but rather how you reacted.

The Classes of 1976 and 2022 are now eternally linked in that we have both lost a classmate or classmates at the RMC Kingston campus. Yes there were differences in circumstances at play but never the less your year, like ours, will be forever marked by the cold facts of these tragedies.   If there is anything else we could do to assist you through the grieving and recovery process please know that we are here for you.

Our sincerest condolences and wishes for a bright future

Note: Brian is particularly invested in the issue of commemorating our lost Classmate. He carried Tony on his back across the parade square to commence our Race and has spent considerable effort since ensuring that the memory of Tony lives on. I encourage you to take his words to heart; he knows of which he speaks!

CONGRATULATIONS TO THE CLASS OF 2022

I want to send the Class of 2022 a hearty congratulations on the occasion of their graduation from four or five years of hard work and perseverance. The last few days have been marred by a huge tragedy and the untimely loss of four of your comrades. The truth is that this event cannot but hurt and my Class and the entire Royal Military Colleges alumni also feel the loss and join you in your grief. However, if you think about what those four comrades would have wanted, it would probably be for all of you to show your resilience, your courage and your sense of duty. They would want you to go on, to graduate and to honour their memory by displaying during your service to Canada the same valour shown by Canadian servicemen and women in all our past conflicts. Our nation looks to you to fight our wars and win them. Make your four comrades and all of us proud and pick up the torch. Well done to all of you. TDV