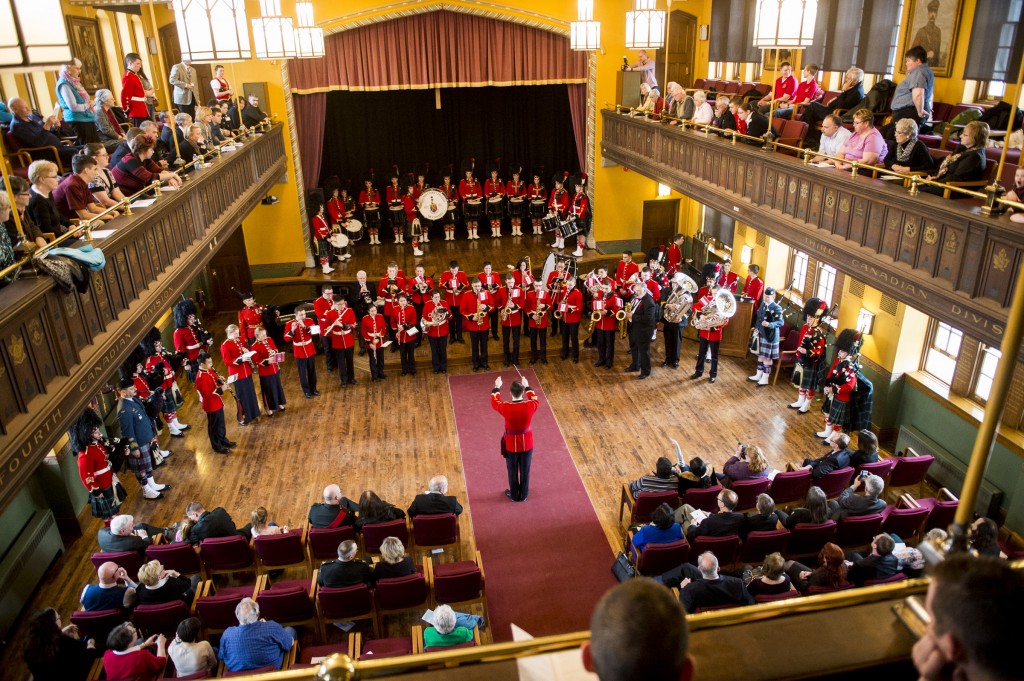 If you’ve ever been to a major event at RMCC, chances are you’ve had an encounter with the college band. As the largest authorized volunteer band in the Canadian Armed Forces (CAF), the RMCC Band is the only band in the CAF to boast choir and highland dance sections in addition to the more traditional Pipes & Drums Corps and Brass & Reed band. The unique organization of the RMCC Bands gives the opportunity to over a hundred cadets, academics, and ex-cadets to participate in a more creative outlet than might otherwise be found in school and military activities. So, one may ask, what would college life be like without the bands?

The first thing somebody might mention is obvious: parades would have no music. Almost every RMCC parade event is supported in some way or another by the bands. Throughout the course of a year, the band is tasked to play at the 9/11 memorial, Reunion Weekend, college parades, Remembrance Day, Copper Sunday, Convocation, the Sunset Ceremony, and the commissioning parades.

In addition, every time a visiting dignitary comes to RMCC, either a bugler or piper is tasked to support the quarter guard. On top of the various college tasks that come about, the RMCC band is also highly sought after by the community to support events both on and off campus. Since we are uniquely able to provide such a wide range of musicians, requests are often received for piano players for background music, pipers at mess dinners, parade requests in town (such as the Battle of Britain), and performances at Christmas and graduation balls. The final pieces of the puzzle are our actual concert performances twice a year: the Christmas Concert and the Concert in Scarlets. Although we are everywhere all the time, it is hard for visitors, staff, and members of the cadet wing alike to recognize how much the band actually does. For every minute of performance time we have, it is almost impossible to quantify exactly how much practice must occur to make it a reality. There is always room for improvement, so we exploit every possible opportunity to put on a better show. That is show business, after all. 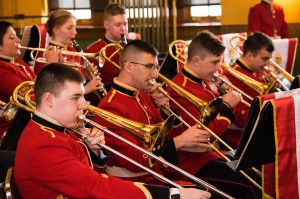 2013 marked the 60th anniversary of the founding of the RMCC Pipes and Drums. This celebration highlighted the long-standing relationship that the band has had with the remainder of the cadet wing, and solidified the importance of the band in the college environment. Military bands in Canada have been a long-standing part of our military tradition, the history of which is often overlooked. The RMCC band has two concurrent missions: to provide musical support at RMCC events both for ceremonial and morale purposes, and to allow future officers of the CAF to experience the function and organization of a Canadian military band. Band members also learn that music can continue past high school, even if your career path has you do other duties, as many bases across Canada have volunteer bands open to all ranks. For other members of the cadet wing leadership team, the presence of the band is an invaluable learning tool for coordinating various sections, and also acts as an introduction to the often-forgotten music branch. 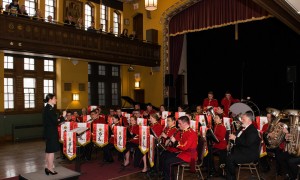 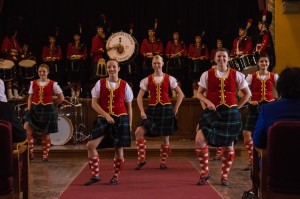 The RMCC Band would not be able to continue this important program without the generous donations received through the RMC Foundation. Every year, the Foundation allows us to purchase critical equipment not paid for through public funds, as well as important aesthetical items also not covered through public funds. To name a few items, the Foundation’s funding has allowed us to purchase RMCC banners for our music stands, bagpipes, and fanfare trumpets; highland uniforms, kilts, bonnets, and kilt pins; highland dancer uniforms and costumes; and professional quality stage lighting and sound equipment. These donations do not go unnoticed by the band or the spectators, and we are very grateful to have such a great support base in the RMC Foundation.

I would like to personally thank all of the various organizations and people whose support makes the RMCC Bands a possibility. This includes the college chain of command, the leadership of the cadet wing, our own music branch personnel, and all of the many dedicated members of the band itself. The band is an invaluable part of college life, and hopefully continues to march proudly into the future.