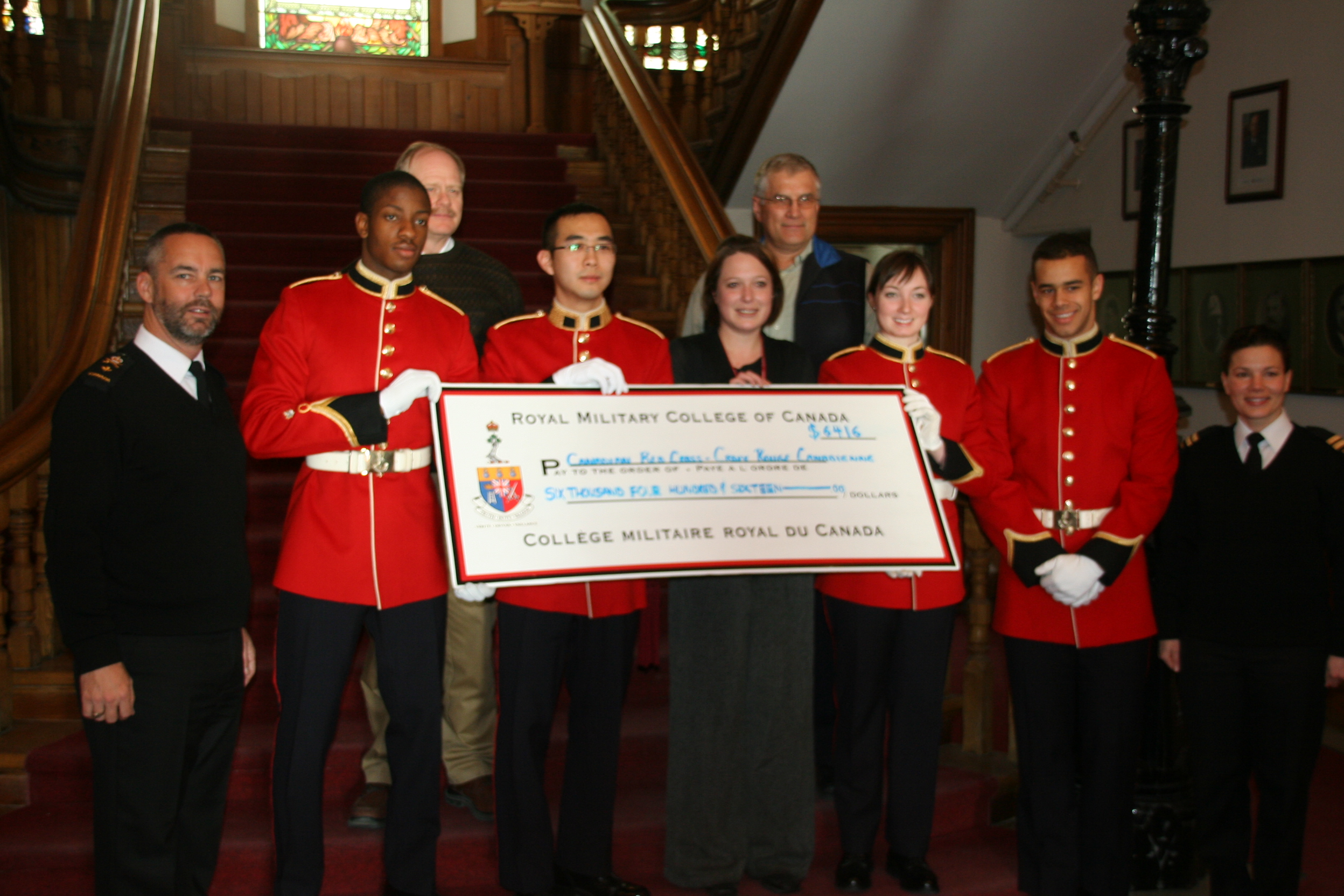 On Friday the 22nd of January, the cadets of the Royal Military College of Canada banded together to fundraise in support of the relief efforts in Haiti and accumulated $6416 for the Red Cross.

The effort was led by Lt(N) Amber Comisso and OCdt Alan Li, who requested through the college chain of command permission to allow a civilian dress day for each cadet who donated ten dollars for the Red Cross.

A dress down day, where the cadets are allowed to keep their uniforms hung in their closets, is a rare privilege for the cadets, as military uniform must be worn during all work hours. As a result, the cadets were more than willing to empty their wallets to support the important cause.

The military staff and civilian employees decided to also support the cause, and many were seen wearing the Haitian flag stickers that were passed out to all who donated above their heart.

This past Wednesday, Melissa, the Disaster Response representative from the Red Cross, was presented with the accumulated funds. RMC Commandant, Commodore William S. Truelove was in attendance and gave a heartwarming speech about his past experiences in Haiti and his adoration for the citizens, and stressed the need for support both now and years to come.

Historical Hockey & A 2nd Semester Week On The Red Carpet;

Canadian Naval Centennial & Who am I?