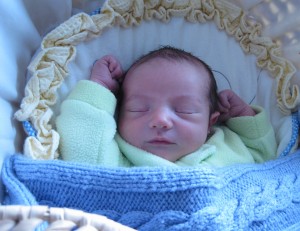 Proud parents Tania (nee Stevenson, 20854) and 20660 Jean-Paul Pendergast, (CMR RMC 1997), would like to announce the birth of their second child. Colin Roger Pendergast was born at 0208 hrs on 24 Jan 2010 at the Montfort Hospital in Ottawa. He weighed in at a healthy 8 lbs 14 oz and was a nice 21 inches long. Big sister Stella (almost 5) is adjusting to her new role in her own fashion and on her own time. We are very thankful to have been able to expand our little family. We are currently both posted to Ottawa and enjoying our time here immensely. 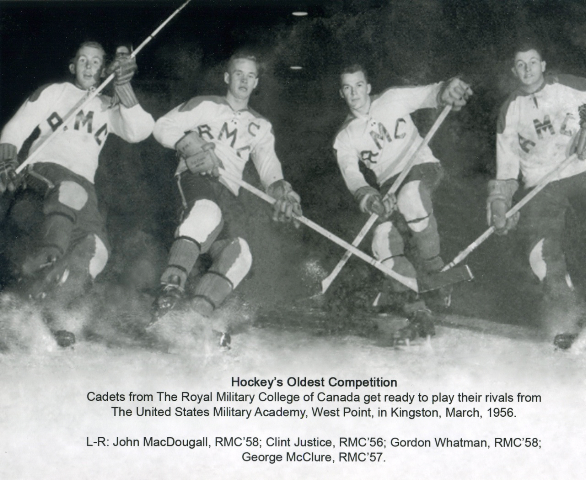 Great Hockey Memories! The photo had been taken just before the West Point game in 1956 because in those days that was the only time that the team was photographed … likely as a PR shot by an Army PR staffer.

John MacDougall died of leukemia in 1983; Clint Justice died in 2007, Gordon Whatman, has been institutionalized for many years due to Alzheimers; George McClure is alive and well in Perth, Ontario.

Copies of the restored image were sent to the families of those in the image.

Keeping Up With the Boss & WP Weekend Slide Shows;

No More Excuses and Ex-Cadets in the News;

There Are Two Ways to Leave RMC;