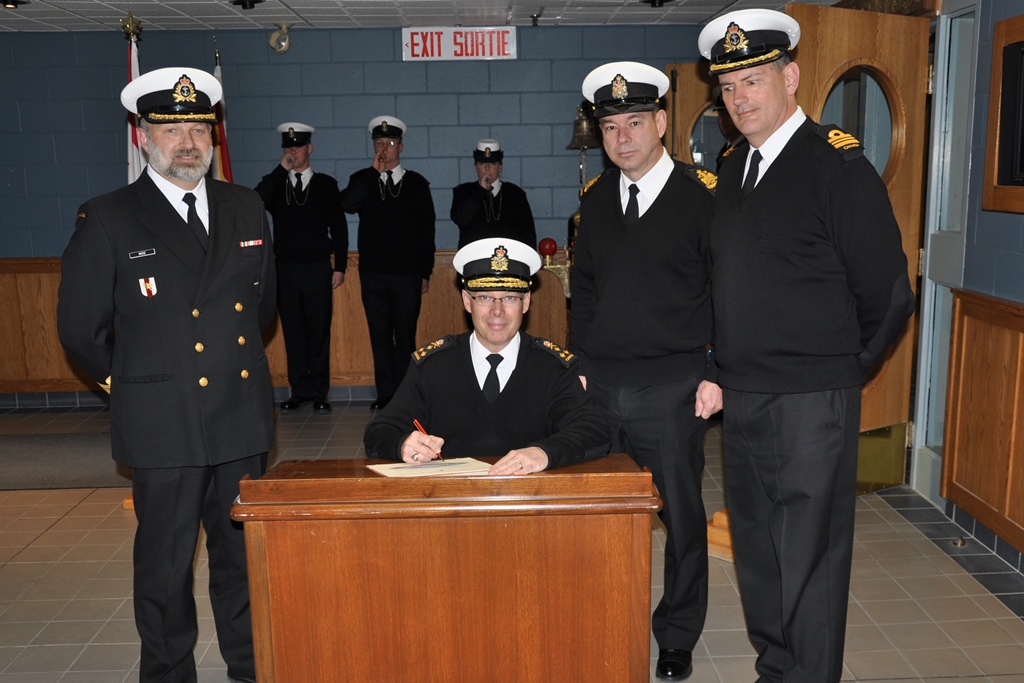 MOC weekend is a chance each year for the Cadets of RMC, as well as their Civilian University counterparts at Queen’s, to see the world beyond their training. Briefings from officers in their respective elements, both junior and senior, give them a glimpse of the world they will one day join. They get the strategic view the senior officers of the elements, and then they get the tactical view from officers only a few years removed from where the Cadets are now.

For the Naval Cadets, their presentation from the Chief of the Maritime Staff typically revolves around what an exciting time it is to be coming into the Navy as junior officers. As Vice Admiral Paul Maddison explained to the Cadets this past Saturday morning, with all of the new equipment and ships on the horizon, this is truly the case. This is even more so now, the Admiral said, with the increased naval focus on Canada’s north. “The Navy’s not getting smaller,” he said.

With all of that exciting new technology on the way, it is important, though, as the Admiral said, for the Cadets to remember the importance of their people. “Yes, we may be technology heavy,” he told the assembled Cadets, “but it’s still about leadership. It’s all about your people. As a young officer, you have to look after them, make sure they succeed. And if you do it right, they’ll do the same for you. That is perhaps the greatest compliment you can be paid as an officer.”

The Admiral also underscored the importance of the time spent at RMC. “When you get out to the fleet,” the Admiral said, “you’re going to be part of a team. You will be working with, and in some cases for, people sitting in this room with you right now. If you use this time well, when you get out there, that level of trust and respect will already be there. Use this time poorly, and it won’t be there. You’ll have to work all the harder to make up for it.” 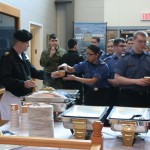 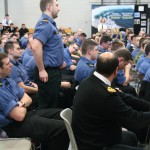 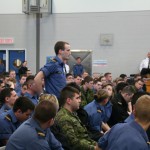 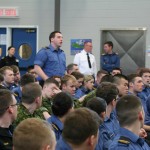 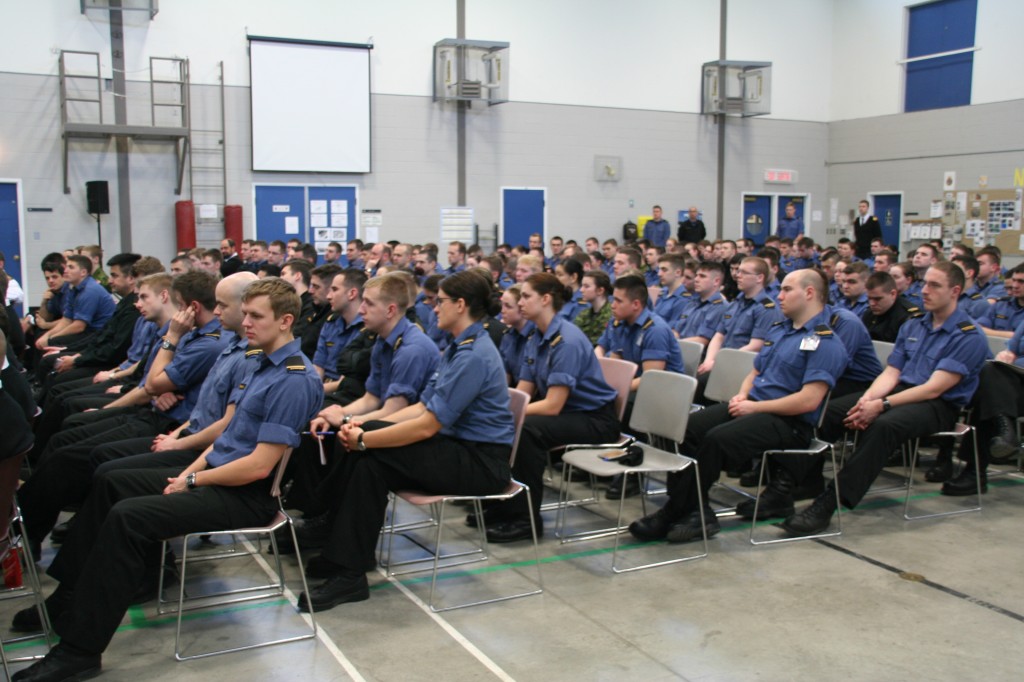 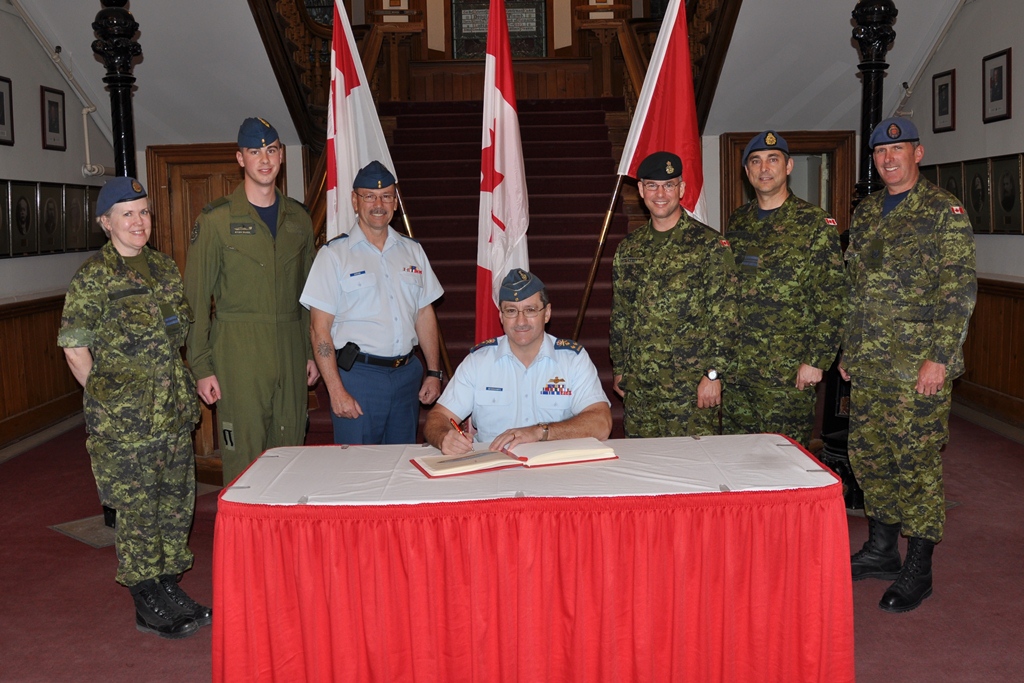 After an excellent Meet and Greet in the Senior Staff Mess the evening prior, cadets took their seats in the new Gym at 0715 as they awaited the arrival of the day’s VIP Air Force Officer speakers. The lectures got rolling with an outlook of the Air Force by LGen André Deschamps, the Chief of the Air Staff. He discussed the RCAF’s busy year, and the likelihood of increased RCAF presence in operations abroad with the world’s current unstable climate. He explained that the Air Force was in a stage of growth, and as always, “It’s a great time to be in the Air Force.”

The LGen’s brief was followed by brief on past, current and future operations, which highlighted the exciting events of the past year and the promising future that lies ahead for the RCAF, despite unease on the coming budget. After a brief on th Air Force’s strategic plans, the lecture series transitioned into the overviews of each AF Officer trade: Construction Engineer, Aerospace Controller, Communications and Electronics Engineer, Air Combat Systems Operator, Logistics Officer, Aeronautical Engineer and Pilot.

The afternoon’s briefs saw cadets split off into their respective trades and receive trade-specific briefings about their training and future careers.

Briefings officially ended at 1630, and AF cadets were invited to hop on a bus to Kingston Airport, where a CF-18 Hornet had landed. The static display attracted a great deal of excited cadets (mostly pilots), wide-eyed at the opportunity to sit in the cockpit of one of Canada’s fighter jets.

As always, MOC weekend gave us cadets an opportunity to step back from our lives at RMC and see the bigger picture. It was a nice refresher reminding us that life does not begin or end with a high average or whether or not you get a bar position, and that there is much to look forward to upon graduation from RMC. 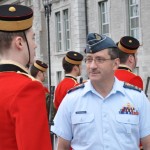 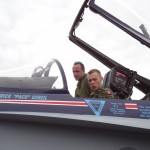 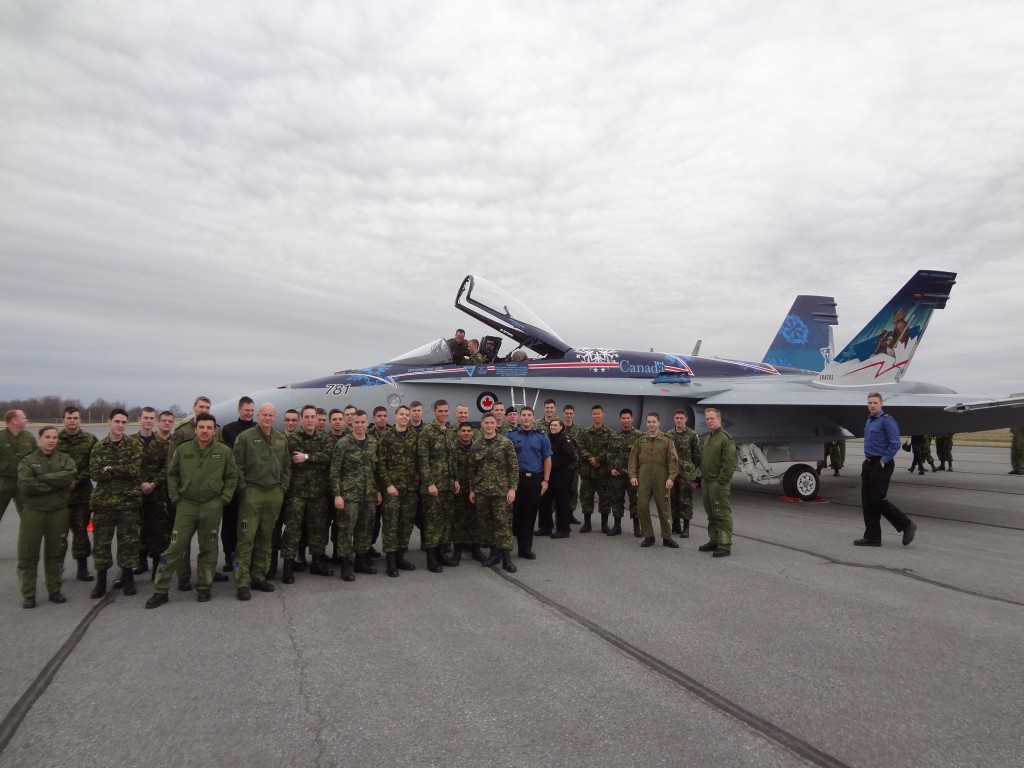 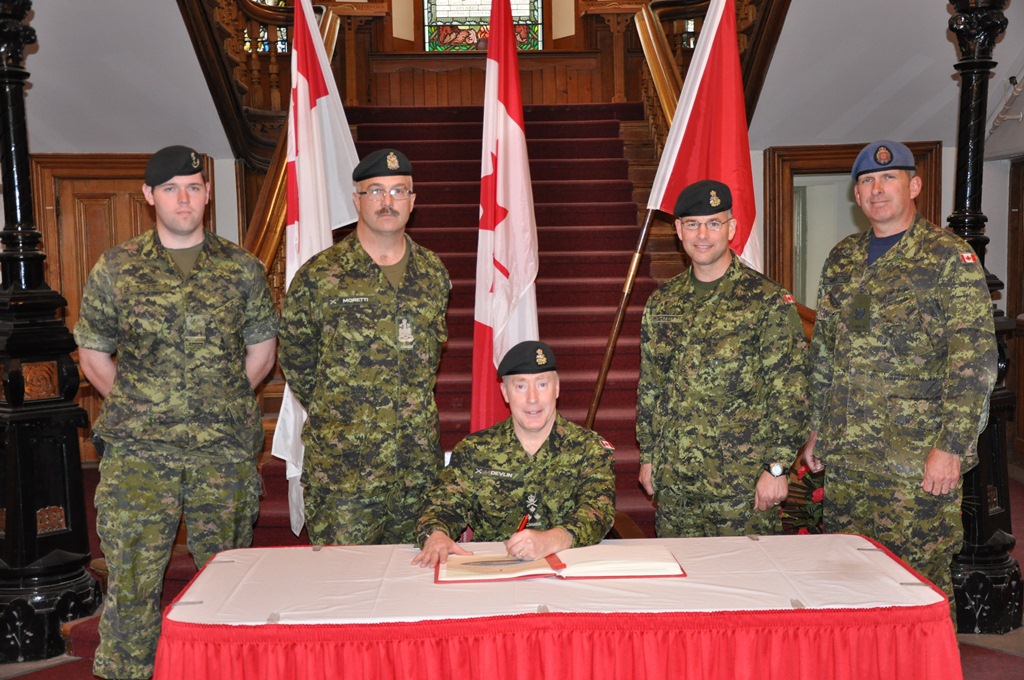 Saturday of the MOC Weekend for all Army cadets began characteristically with PT at 0600. Following an enjoyable circuit, shower and breakfast, RMCC’s green-bereted cadets assembled in the Kingston Military Community Sports Centre’s fieldhouse for a keynote briefing by LGen Peter Devlin, Chief of the Land Staff. 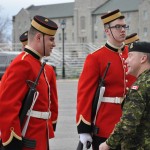 LGen Devlin’s insightful briefing was structured around cadets’ questions, and ranged from topics such as future operational vehicles (LAVups and TACVs), soldier systems and kit upgrades, and potential areas of CF involvement.

Following this discussion, different branches of the Army took centre stage to introduce their respective focuses for the afternoon briefings, which would be isolated sessions. Among those presenting were the Infantry, Armoured, Artillery, Logistics, Signals, Combat Engineers, and EME – a crew of which disassembled and reassembled a jeep in under four minutes!

Following lunch, the Army cadets broke off into their respective branches for trade-specific briefings across campus. The infantry cadets in particular were treated to a detailed briefing on Phase Three and Phase Four by Infantry School staff.

Overall, it was a very insightful day for those cadets headed off to the trenches this summer!