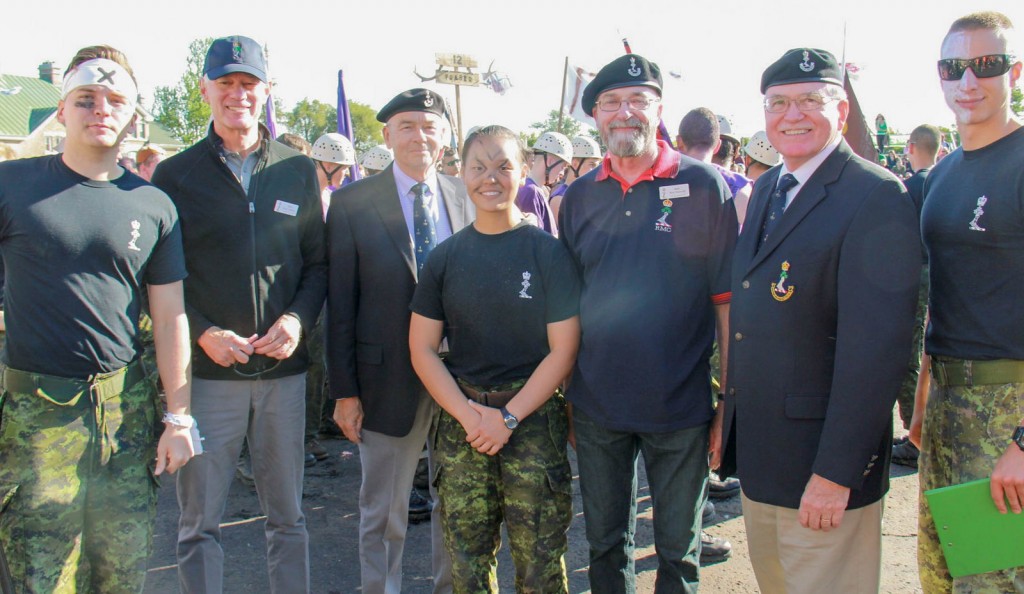 Much more than an engraved coin

For the first year class of RMC, the first four weeks on the peninsula contain many significant milestones. Most people are aware that the end of the obstacle course (and the ringing of the bell) marks the end of FYOP, and even more people are aware that the badging ceremony the following day marks the induction of the first year class into the Cadet Wing; however a smaller – but no less important – ceremony occurs in between: the Coin Ceremony.

While it may have less fanfare, less coordination and significantly more mud than other such ceremonies, the Coin Ceremony contains an engagement at the individual level which facilitates its message with impressive efficacy.

Family, friends, students and members of the Old Brigade look on as gaggles of triumphant and tired first years organize into formed flights facing the dais; then the members of the Old Brigade move into the ranks to present the coins. As the Old Brigadier’s make their way through the sections, shaking hands, presenting coins, and surely remembering what it felt like following the completion of their own obstacle courses, they take the time to speak with the first years. It need not be complicated or lengthy; the simply proffered “congratulations” eloquently expresses the sentiment of the presentation.

With the handshake and the coin comes the acknowledgement that there is much more ahead than could possibly be anticipated. There will be challenges far greater than that which the first years have just completed, but there will also be a community. This community is made up of everyone whose college number comes before – or after – those which have been engraved on the newly received coins. The community of past and present RMC students are there to lead, shape and instruct the newest members of their ranks so that one day they too can confidently shake the hand of a first year cadet, and offer congratulations of their own.

The Coin Ceremony is not meant to commemorate an ending, nor is it meant to celebrate a beginning; instead, it acknowledges an adoption of a personal identity within the greater community of the Royal Military College of Canada. 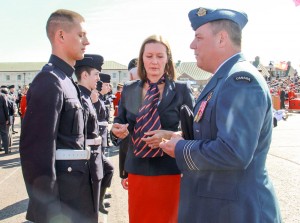 This past Saturday, the 26th of September, cadets of the Royal Military College of Canada stood proudly on Parade, awaiting the Class of 2019 to welcome them to the ranks of their Squadrons. The two hour parade included an inspection by the Reviewing Officer, President of the RMC Club of Canada, Capt(N) (Retired) Anthony Goode, the Commandant of RMCC, Brigadier General Sean Friday, RMC Foundation President, Dr. Jim Carruthers and the Adjutant of the Old Brigade, Lieutenant-Commander (Retired) Gerry Stowe. They were accompanied by the Director of Cadets, Lieutenant Colonel Mark Popov, the College Sergeant Major, Master Warrant Officer Wallace Rideout, the College Chief Warrant Officer, Chief Petty Officer First Class Keith Davidson and the Cadet Wing Commander, Officer Cadet Gabrielle Archambault and the Deputy Cadet Wing Commander, Kevin Pathinather.

After the inspection the Class of 2019 was marched on Parade by the Cadet Wing Training Officer, OCdt Makyla St. Onge and prizes and awards were presented to many prominent members of the cadet wing (listed below). Immediately after the prizes and awards the Class of 2019 was presented with the traditional RMC cap badges and then proceeded to join with their respective squadrons and complete the Cadet Wing. With all Squadrons standing at full strength, the entire parade advanced for review and this signalled the departure of the Reviewing Officer and Commandant of RMCC.

The day was beautiful and even more so was the looks of pride on the faces of the families and friends of the Class of 2019 as they joined the Royal Military College of Canada as fully fledged officer and naval cadets!