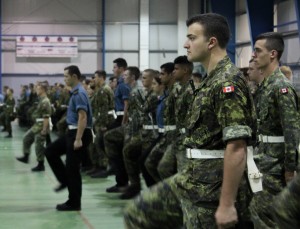 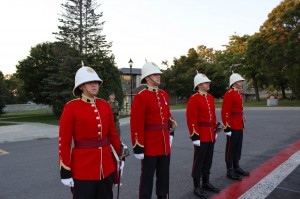 The days leading up to Reunion Weekend

It is not unusual when a big event is being organized, which Reunion Weekend definitely is – a lot goes on behind the scenes leading up to the Main Event on the RMCC yearly calendar.

Surprisingly, as the days unfold much in real time appears ho-hum.

The Professional Military Training (PMT) this past week was pretty low-key. The second years were tasked with parade practice that lasted 30 minutes; the fourth years went to the tailors to pick up kit issue while the third years completed a ruck march. In short, none of the ‘real expected’ training was conducted. 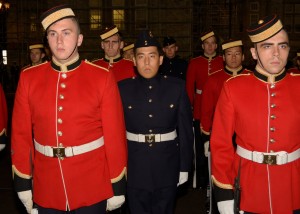 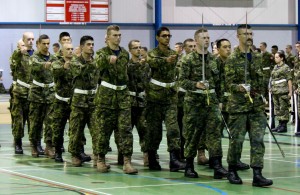 One thing that was not ho-hum was the never ending parade practises (outside & inside) which took up most evenings last week. More photos from the dress rehearsal and awards presentation by OCdt Howells  HERE

Now that Reunion Weekend 2015 – is behind us,  look for a number of timely articles from the military side of the college.

Another view of the week leading up to Reunion Weekend

Reunion weekend marks the end of September, bringing with it the culmination of the first years work over FYOP. Ex-cadets, current students from RMC, the training wing, family and friends all gather to watch the class of 2019 take their place in the wing. The lead up to reunion weekend is always busy and rather hectic through out the wing. In between the obstacle course, badging parade and the first year dance there is a lot of organization and running around that must be done for everything to run smoothly.

However, preparing for the obstacle course is not the only thing they must do over the weeks leading up to this weekend. There are countless hours of parade practice going well into the night to make sure that the parade is done to the high standard that is required. 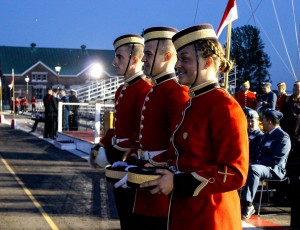 On Wednesday night the entire cadet wing got dressed in their scarlet’s for a dress rehearsal to confirm they were indeed ready after over a week of practice. This parade is the official entrance of the class of 2019 into the cadet wing, as they receive their RMC badge.

Also, a number of PSP awards were handed out during the week. (Sorry names & other details not available)

This has been a quick look as to what happens at RMC leading up to reunion weekend, focusing on the two main events that affect the class of 2019, however there are many other events that go on all weekend for ex-cadets, old brigade members and current students that keep everyone busy over the course of the weekend. 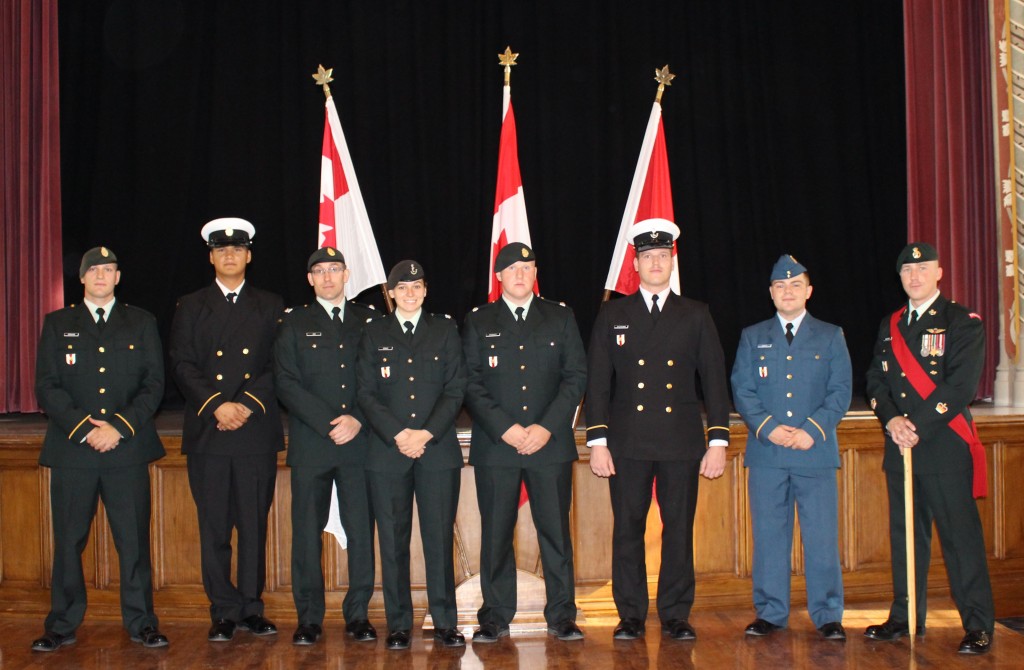 One event last week which was not low-key, in particular, for those directly involved was the commissioning and relinquishing ceremony.    Three officer cadets were commissioned while another eight moved on to the ‘ranks’. Following is a short bio of the individuals concerned. We regret that we do not have a group photo of all 11.

OCDT Gagne is promoted to the rank of Second Lieutenant effective 23 September 2015.  He completed his Bachelors of Science with Distinction.  Second Lieutenant Gagne is an Aerospace Engineering Officer who would like a posting to CFB Shearwater.

Private Ducharme is transferred to Intelligence Operator.  He will be posted to CFB Kingston to begin his training.

Pritvate Graham is transferred to Artilleryman.  He is hoping to be posted to CFB Petawawa.

Private McNeill is transferred to Medical Technician.  He is hoping to be posted to CFB Halifax.

Private Scott is transferred to Electrical Distribution Technician.  He is hoping to be posted to CFB Gagetown.