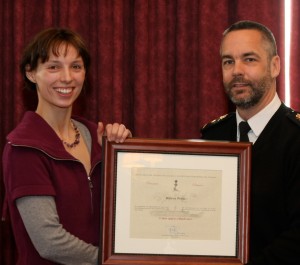 Commodore Bill Truelove, RMC-C Commandant  was one of a packed Senior Staff Mess (SSM) last Thursday when friends and colleagues were on hand to wish Helene Pettis a fond farewell and a happy retirement from the Canadian Forces. 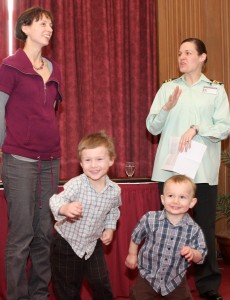 On Thursday the 25th of March, at the SSM, a retirement ceremony was held to thank Capt Helene Pettis for her nearly 12 Years of Service to the CF and to wish her the best of luck in her future.

Captain Helene Pettis, the current 5 Sqn Comd at RMC is retiring from the CF after almost 12 years of service. Helene enrolled in the CF in June of 99 and attended RMC. She graduated in 2003 with a degree in Mechanical Engineering and, once trained, was posted to 2 General Service Battalion with CFB Petawawa where she spent about two years. She and Service Husband Shawn Pettis were married in 2005.

She was then posted to 5ieme GSS Soutien Materiel in St Hubert in 2006; she and Shawn celebrated the birth of both of their sons, Brandon and Ryan during that posting.

Helene was selected to complete her Tech Staff Course with RMC during this academic year 2009-2010 but she decided that it was her intent to retire from the CF prior to the completion of that course. Therefore she found herself without a job at RMC, much to the Mil Wing’s excitement. Helene was approached and was very happy to find a home within the RMC Military Wing as a Sqn Commander. Helene is a multi-talented athlete who seems to have a natural talent for all things sports. It would be easier to list the sports that Helene does not enjoy at a competitive level, than those she does!

Now Helene has decided that it is time to retire, and concentrate on her family and we thank her for her service and wish her luck 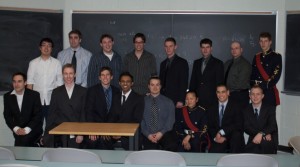 On 24 March 2010, the Annual Student Papers Night Competition of the Professional Engineers of Ontario was held in Kingston at Queen’s University. Four teams were selected to represent RMC from the Civil Engineering and Electrical and Computer Engineering Departments.OCdts Marson and Stockwell won first place ($300) for their project, “Range of Motion Monitor.” A team from the Department of Electrical and Computer Engineering at Queen’s won second place ($200). OCdts McGee and Pollard won third place ($100) for their project, “Multiple Acceleration Stage Coilgun.”

Congratulations to all winners and competitors! 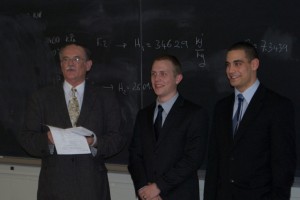 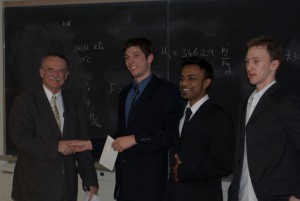 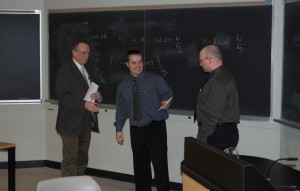 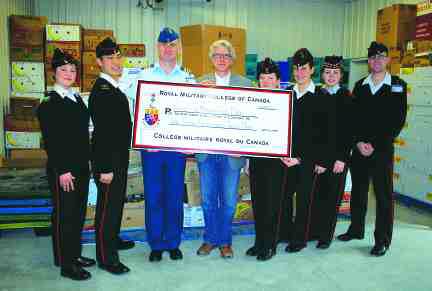