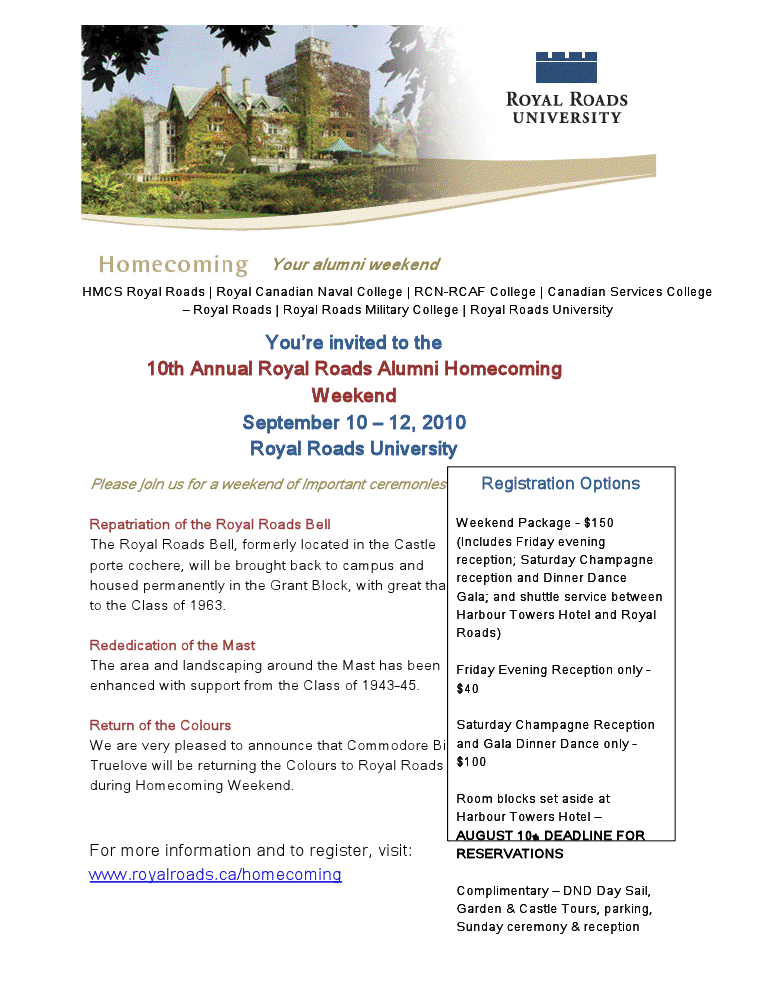 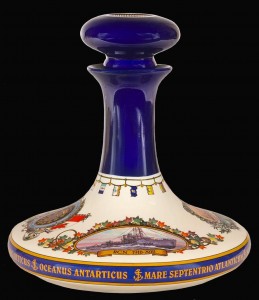 Tortola, British Virgin Islands  – PUSSER’S WEST INDIES has unveiled a one-liter porcelain ship’s decanter commemorating the Royal Canadian Navy’s 100th Anniversary. Less than 6,000 of these exceptionally beautiful decanters have been commissioned. The Canadian Naval Trust, which maintains HMCS SACKVILLE, is to receive $5 per decanter, or approximately $30,000.

Charles Tobias, the founder of Pusser’s and the one responsible for the revival of Pusser’s Rum, the navy’s original tot, stated, “It took almost two years to design and produce this decanter. Although I’ve lived in the British Virgin Islands for the past 30 years, I’m proud to say that I’m a Canadian by birth, and an older one at that. Although I was only seven in 1940, I can still readily recall those early, grim days of World War II, and the major role that Canada and the RCN and the Merchant Navy played in the winning of the critical Battle of the North Atlantic on which the outcome of the war in Europe so much depended. And win it the RCN did! Remembering all these events as I do, we designed this decanter – to try to capture some of that spirit. It’s a tribute to all those who stood tall, and had the guts to go out in that big, cold, North Atlantic and the other oceans of the world, day after day, month after month, voyage after voyage, until the battle was won.

That legacy has not been forgotten. Today, my cohorts and I at Pusser’s admire greatly the dedication and work shown by members of the Canadian Naval Memorial Trust, and the marvelous job they’ve done, and continue to do, in the maintaining and operating of HMCS SACKVILLE as a memorial to all of those who served in the Naval Service. As a token of appreciation and to further their efforts, we are donating $5 dollars from the sale of each decanter to the Trust. This should provide about $30,000 towards their noble cause.”

The decanter has been hand cast from porcelain, and hand decorated using glass colored inks, not plastic, that have been permanently fired into the ceramic at temperatures approaching 1600° Fahrenheit. It will provide more than a lifetime of service without any degradation to those who appreciate fine and unusual objects.

All of the decanter’s decorative elements are of historical significance. Encircling its neck are the 13 Provincial and Territorial Flags.

Of special mention is the bottom of the decanter on which most every RCN ship of note that was commissioned over the past 100 years has been listed in alphabetical order. There are more than 300 in all. If you served, your ship or ships should be on there!

There are four cameos on the shoulder above the base. One of the main cameos depicts HMCS SACKVILLE (K181). Commissioned in 1941, she is the last surviving Corvette, and one of the 120 Flower Class Corvettes built in Canada for the RCN during WW II. She saw heavy action from 1941 to 1944.

The adjacent cameo to the right of SACKVILLE salutes the Merchant Navy. It encompasses a painting of the FORT WALLACE, one of the Fort Class cargo ships manned by the Merchant Navy that carried vital supplies on perilous voyages to the Allies throughout the Second World War.

The third cameo, “READY, AYE READY” – the RCN’s motto, is backed by the White Ensign of World War II on the one side, and Canada’s national flag on the other.

The final cameo, composed of maple leaves and Leviathans, quotes Churchill on the importance of winning the Battle of the Atlantic. It was here that the RCN played the major role at a very high cost of ships and the men who sailed them.

The blue ribbon surrounding the base lists the Seven Seas in Latin.

The top of the decanter’s stopper commemorates the 100th Anniversary of the RCN, with a Maple Leaf center and a killick’s anchor on each side.

This RCN Ship’s Decanter is certainly a fitting tribute to all of those who have served over the past 100 years in the Royal Canadian Navy and the Merchant Navy, and to those who still serve today in the cause of freedom.

The selling price is $75, plus shipping. The price is reduced to $70 each plus shipping if two are purchased and sent to the same address. 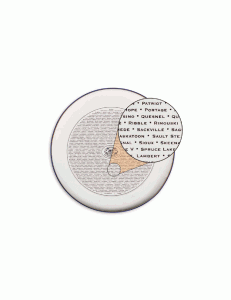 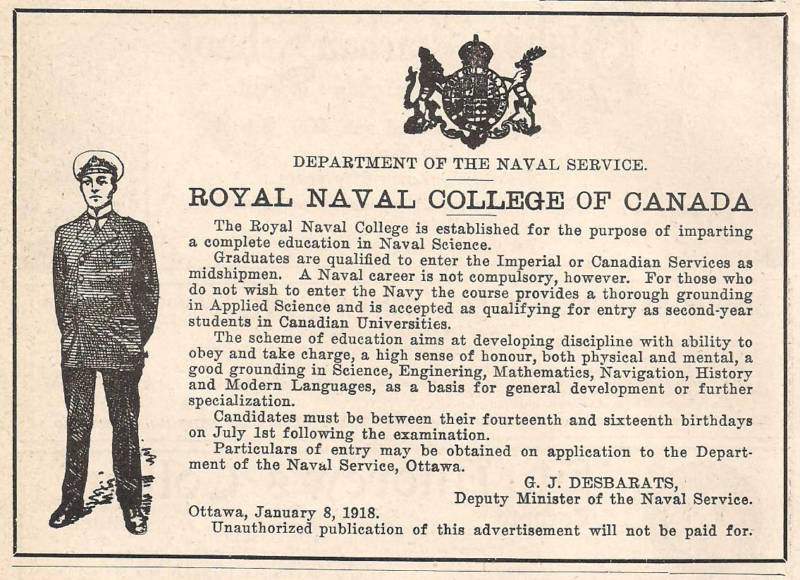